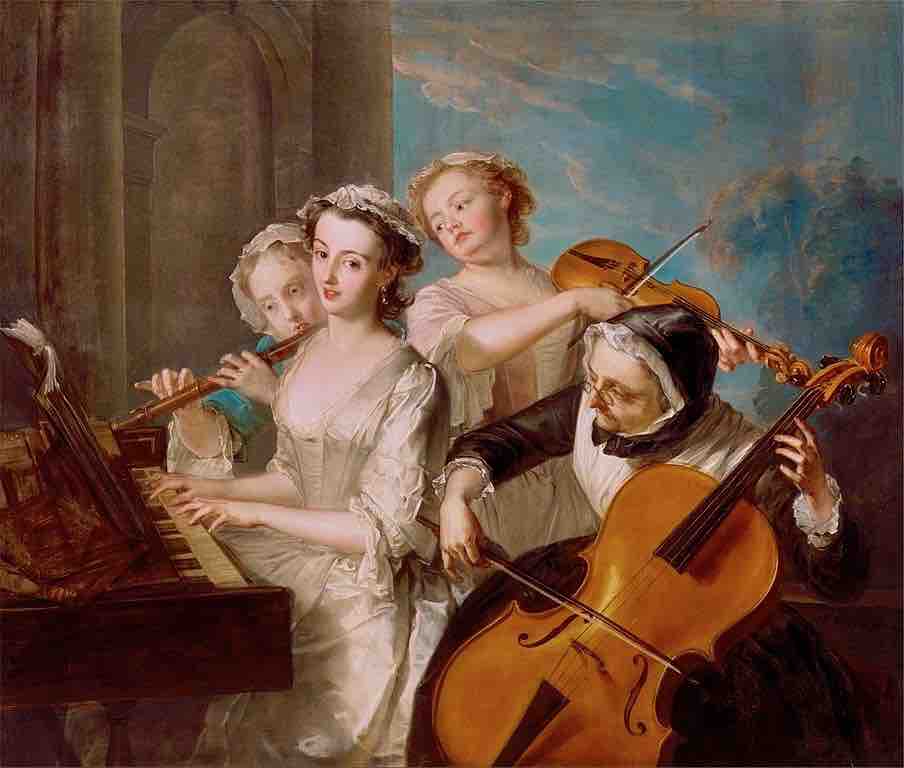 Franco-German artist Philippe Mercier (1689-1760) spent most of his career in England—among his clients were the Prince and Princess of Wales.  He also depicted scenes of music such as the concert above featuring a lively, multi-generational group of players and their instruments including a harpsichord, violin, cello, and flute.