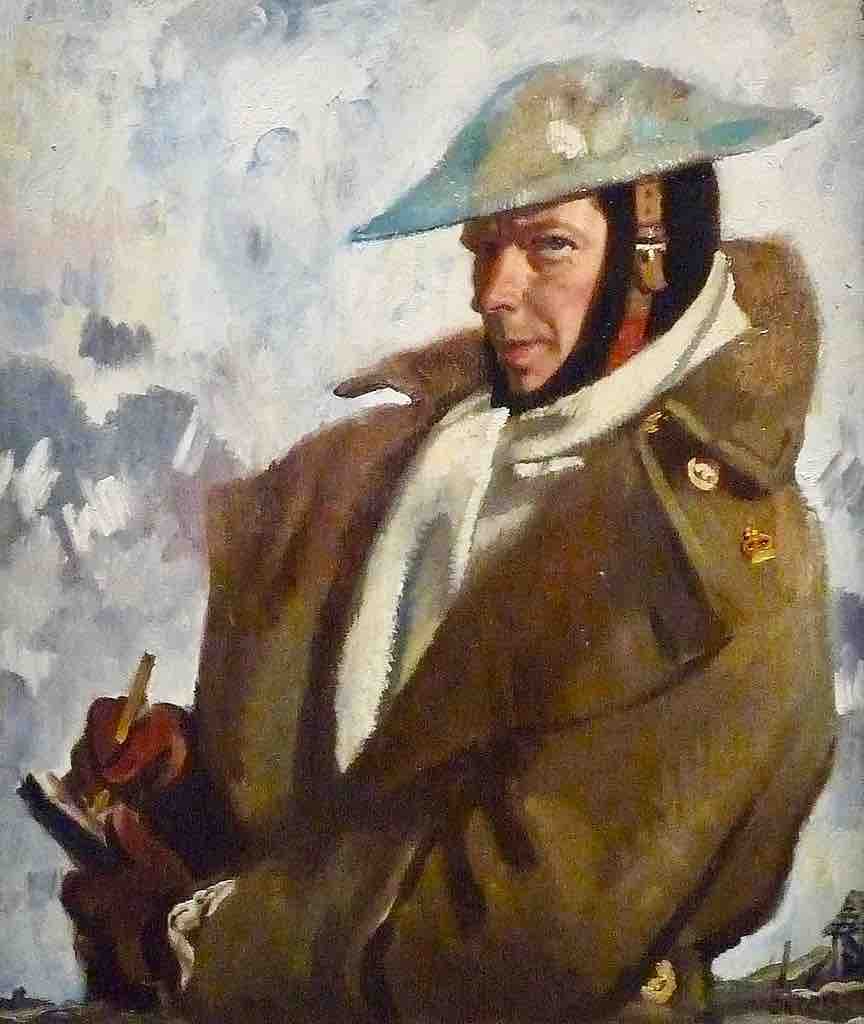 Irish master William Orpen (1878-1931) had earned a reputation for his striking portraits, often of high society patrons in early twentieth century London and Dublin.  However, with the advent of World War I, Orpen became a war artist, depicting both his solider comrades such as the airman below and the carnage of the battlefields of the front. 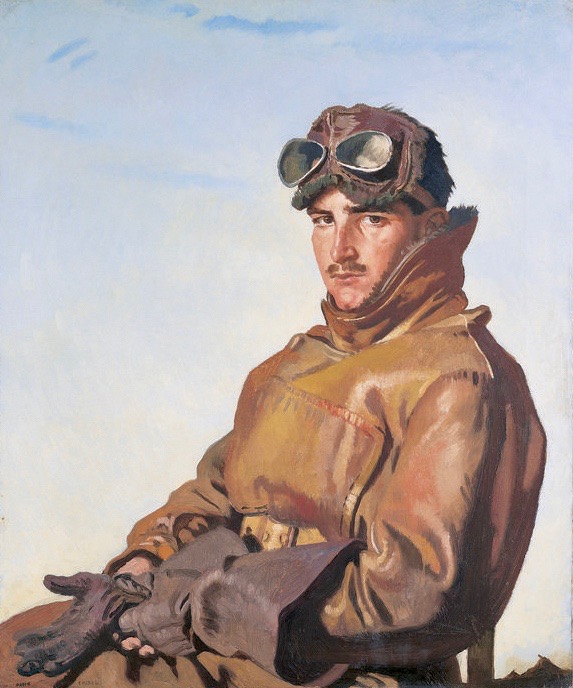