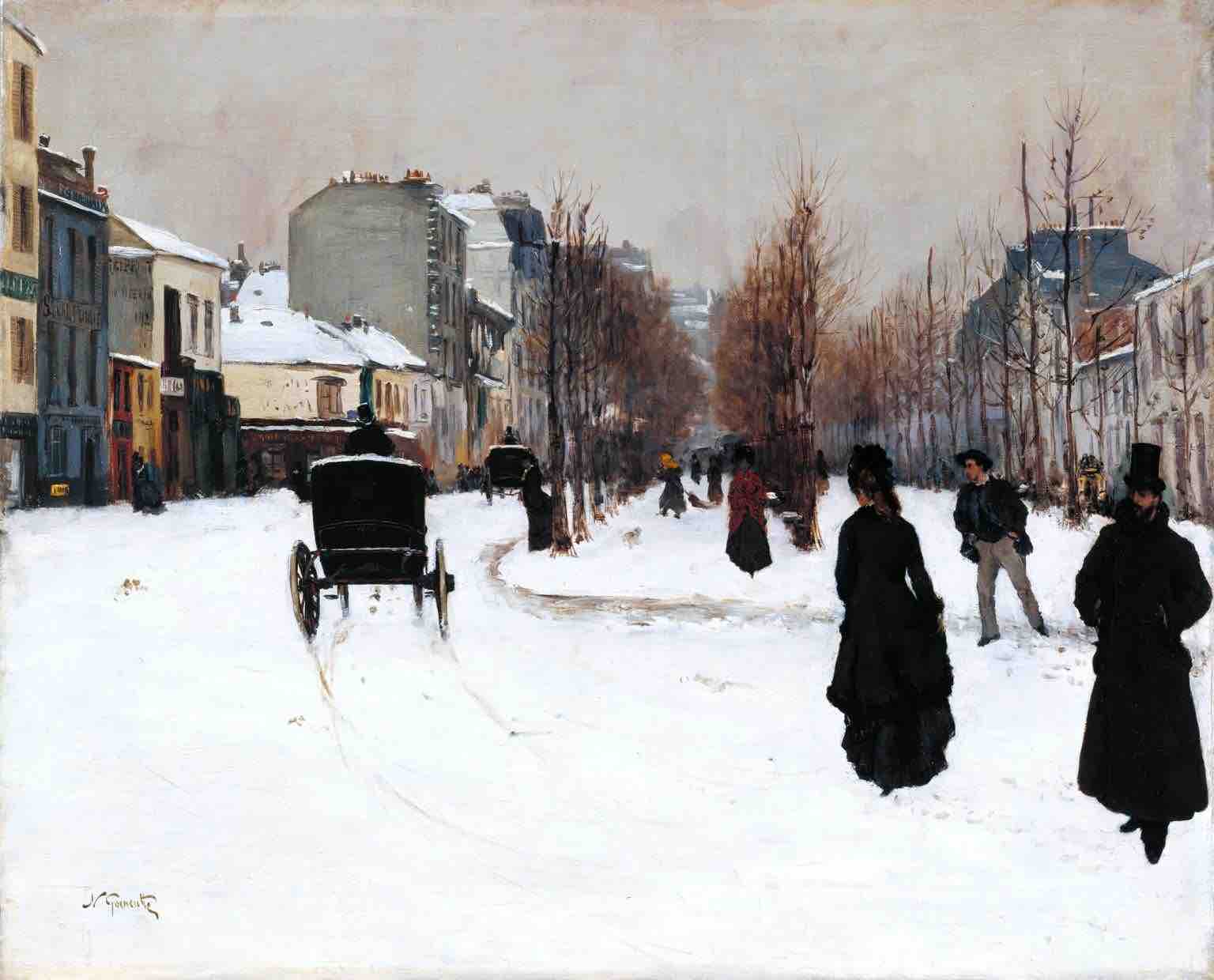 French artist Norbert Goeneutte (1854-1894) was a contemporary of the French Impressionists and Post-Impressionists like Van Gogh, near whom he is buried in Auvers, where both died while under the care of the same doctor Dr. Gachet.