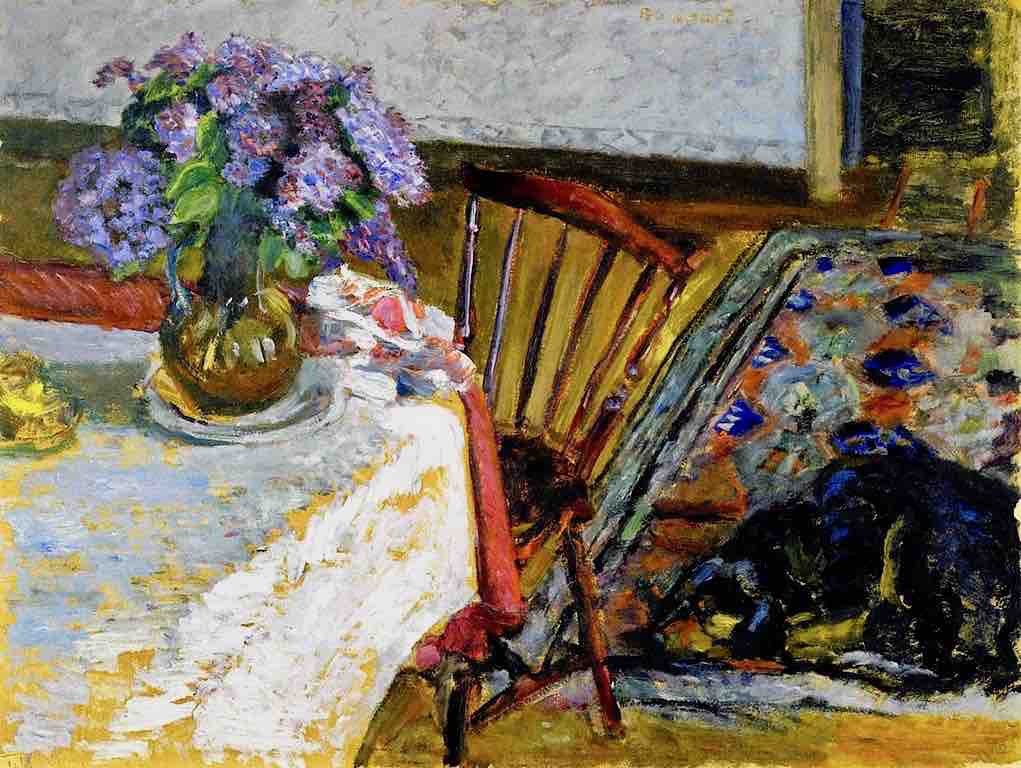 French master Pierre Bonnard (1867-1947) had a long and fruitful career, starting in the last half of the 19th century during the height of the Impressionist movement to the post-War World II period.  He often depicted the interior of his own home using rich and varied colors as seen above, in which he included one of his favorite pets.  The self portrait below was painted probably when Bonnard  was in his thirties. 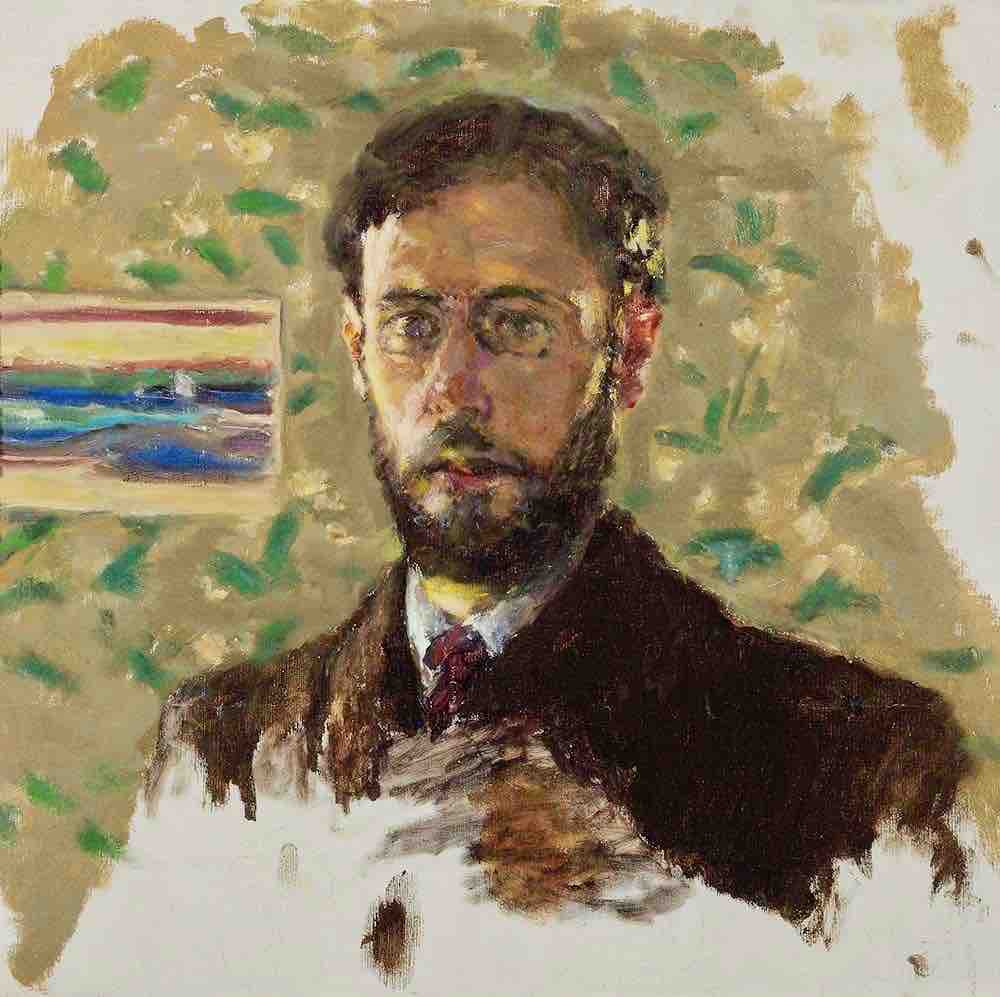