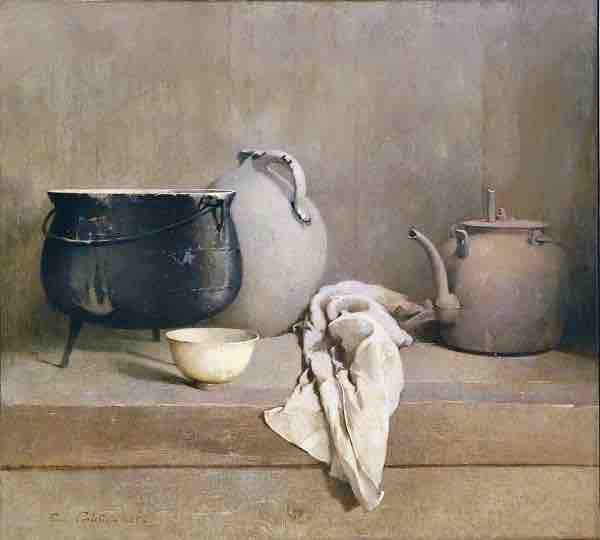 Emil Carlsen (1853-1932) was born and grew up in Denmark, but emigrated to the United States around the age of 20.  Carlsen is often admired for his remarkable still lifes.  Note the variety of subjects and accompanying palette of colors, from the rather austere culinary objects of Study in Gray to the rich, decorative arrangement of Roses and Vase to the delicate tones of The Fan. 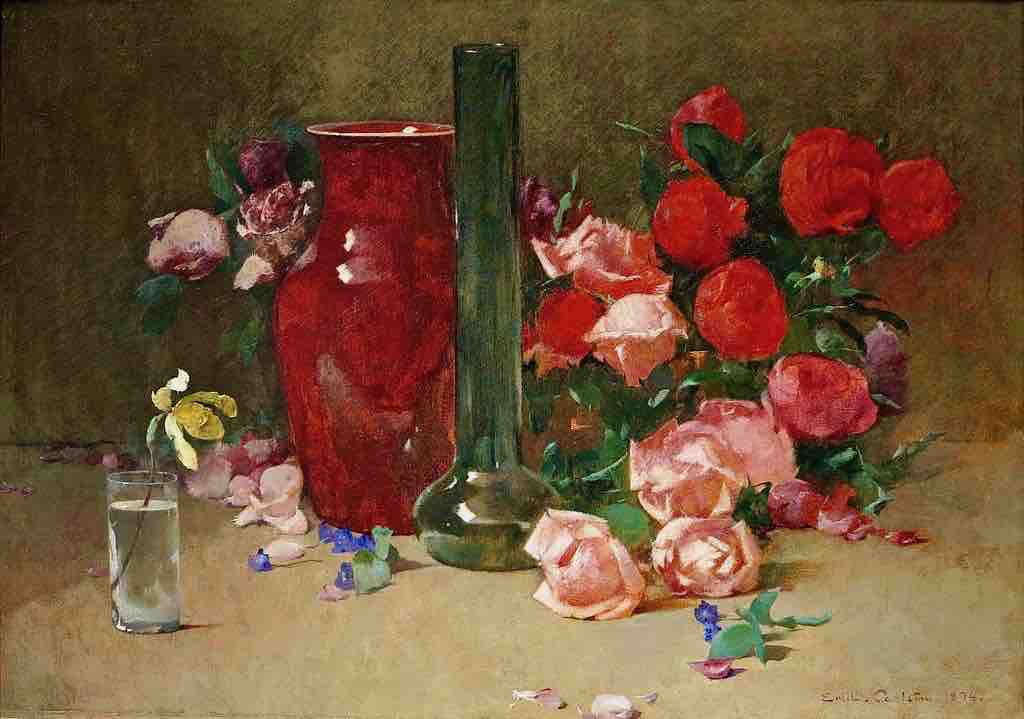 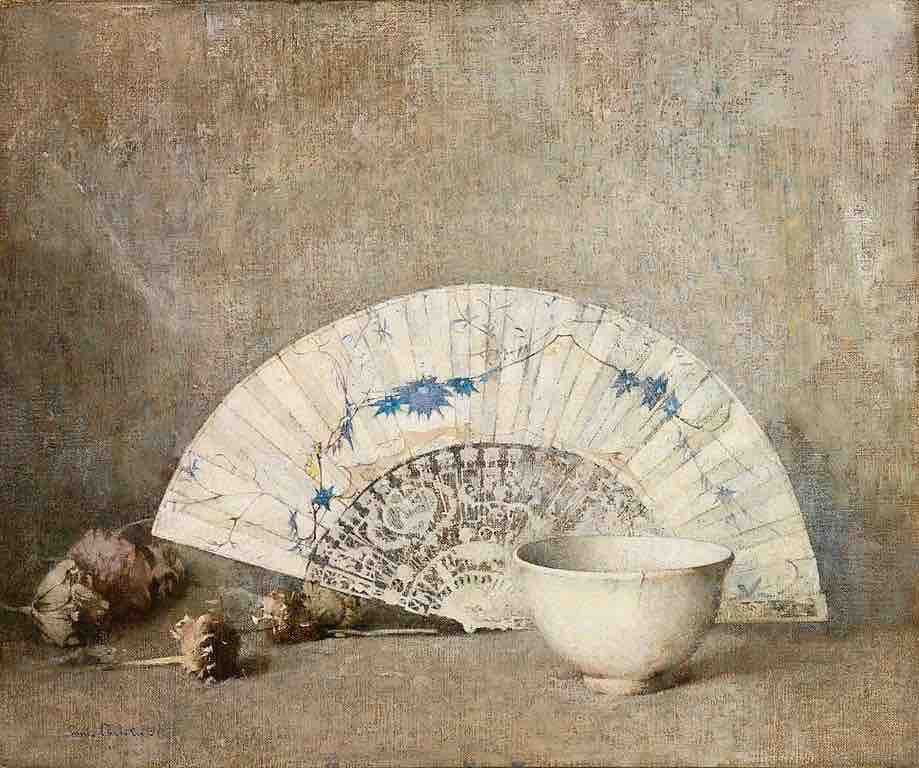