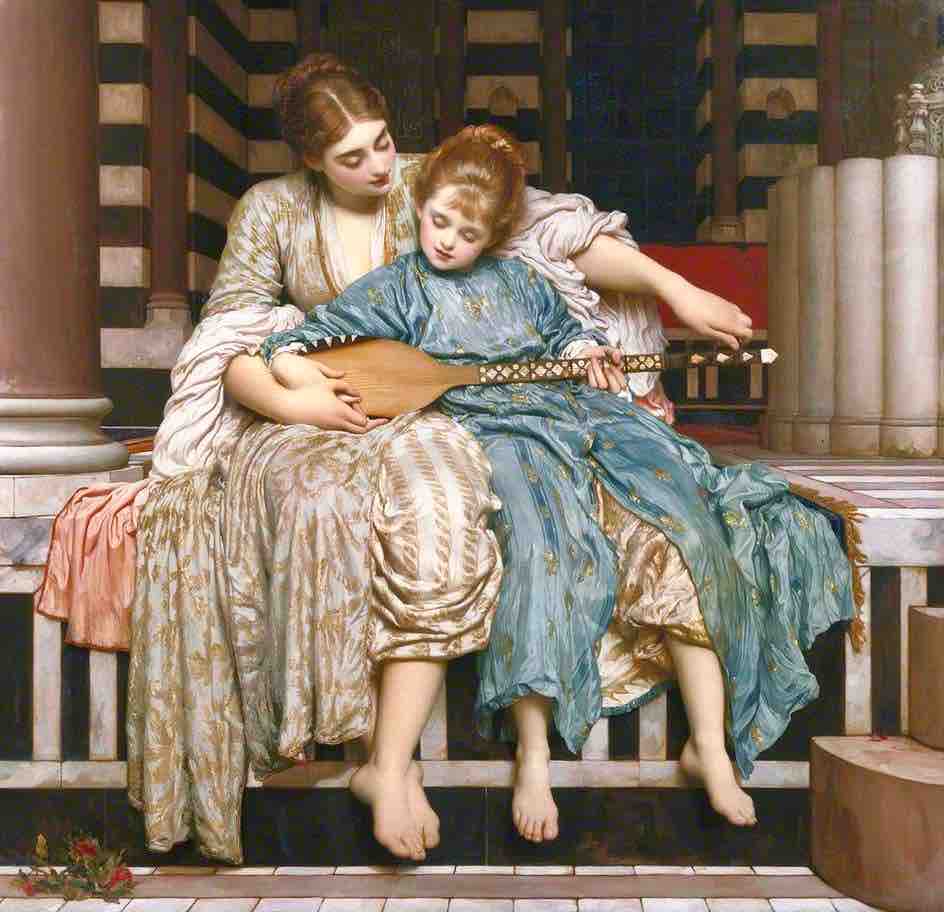 British artist Lord Frederick Leighton (1830-1896) enjoyed considerable fame during his career, although his realistic, academic style was no longer appreciated in the decades after his death. However, his works of art are experiencing a revival today such as the moving Music Lesson above. The student on our right is identified as Connie Gilchrist, who later became Countess of Orkney.