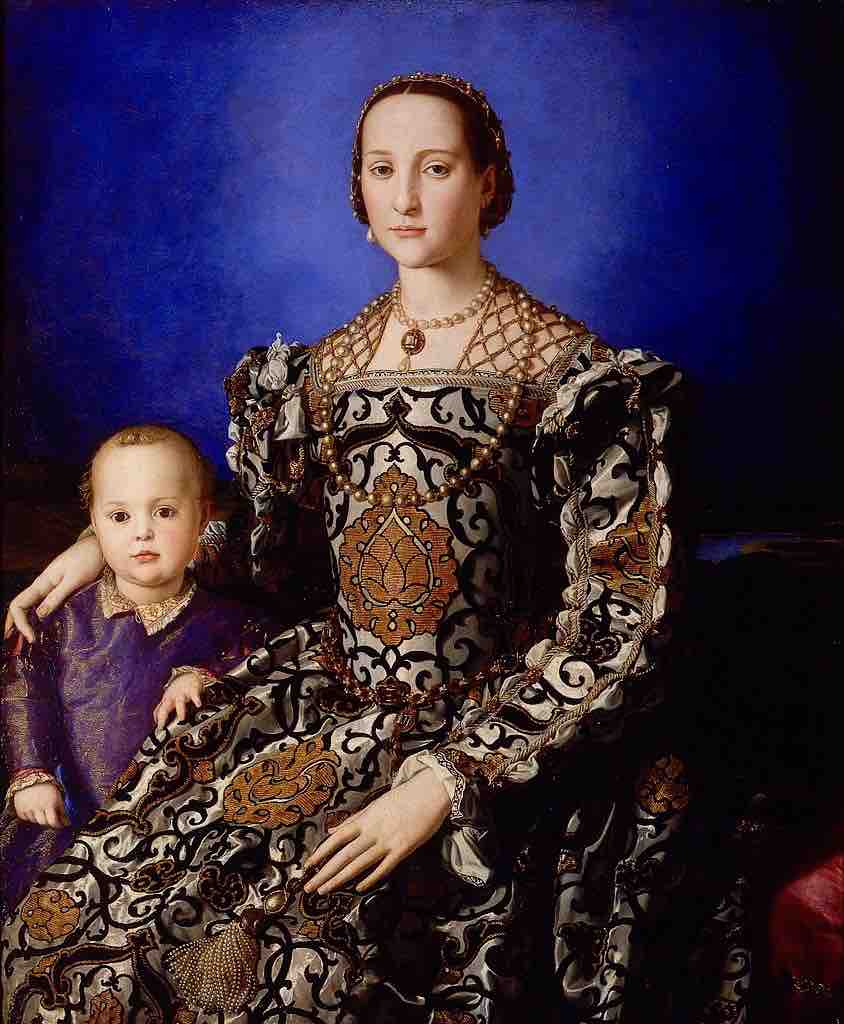 Italian artists Titian (1488/1490-1576) and Agnolo Bronzino (1503-1572) were prolific portraitists, both of them favored by the powerful dynasties of the Italian Renaissance. For instance, Bronzino was the court painter of the Medici family, leaders of Florence for centuries. One of his most striking subjects was Eleanor of Toledo (1522-1562), the consort of Cosimo de’Medici, the Duke of Tuscany, who helped him govern the influential city-state. Bronzino, working near the end of the Renaissance, is often categorized as a Mannerist, his style characterized by elongated features and sometimes unusual proportions.

Titian is considered as a master of the Italian Renaissance, often grouped with giants like Leonardo, Michelangelo and Raphael.  From Venice, Titian, during his long career, was commissioned to paint some of  the most famous figures of European history from monarchs to emperors to popes as well as a host of other rulers. Isabella d’Este (1474-1539), for instance, was Marchioness of Mantua, renowned for her patronage of the arts. defined here with Titian’s rich colors and brushwork that would lay the foundation of portraiture in Western art. 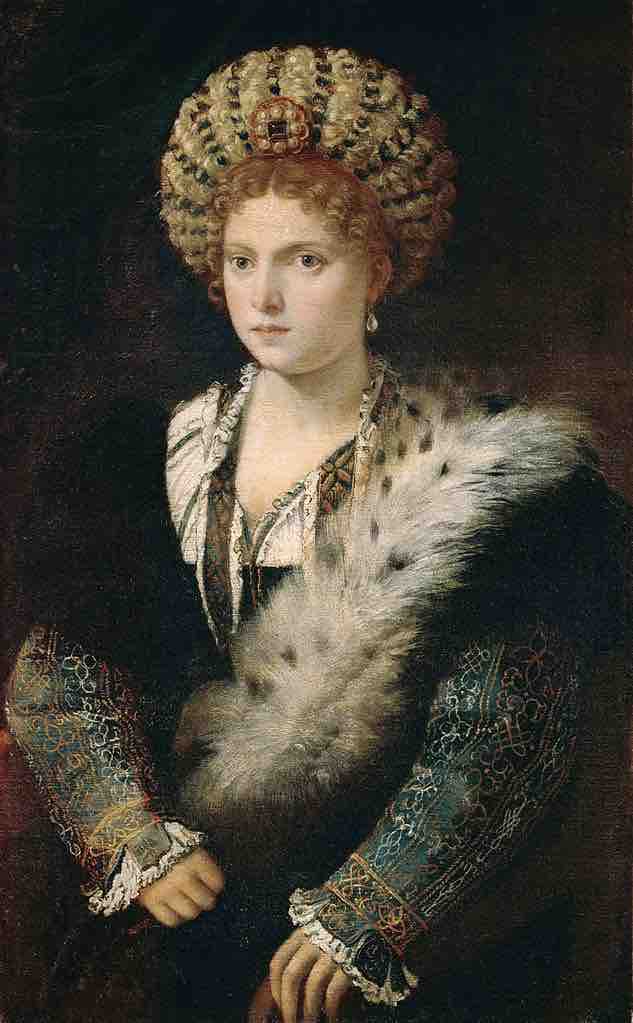