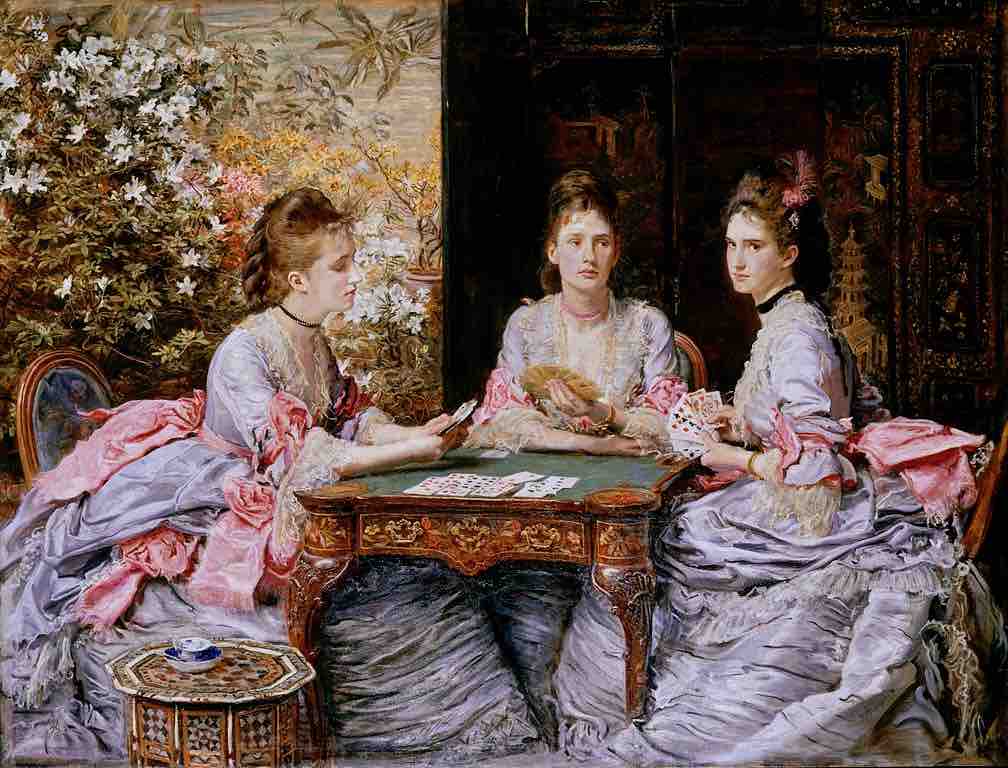 A card of a suit where cards will win over a card that is not of this suit—also called a trump card.

Pre-Raphaelite British artist John Everett Millais (1829-1896) may have lived during the Victorian period, but he also recreated past eras in works such as Hearts are Trump, set in 18th century England.