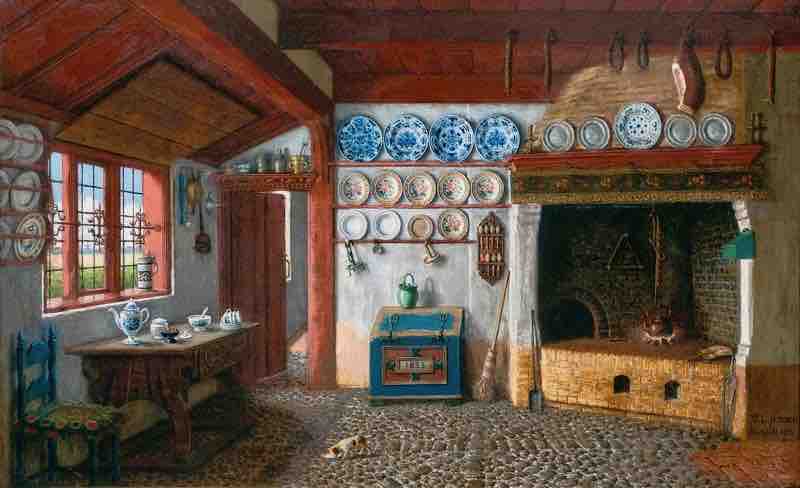 Carl Ludwig Jessen (1833-1917) is considered a North Frisian artist from the northern part of Germany.  Although he depicted a variety of subjects, I was drawn to these highly detailed and almost photographic interiors done in the last years of his career.  I’ve also included a self-portrait of Jessen. 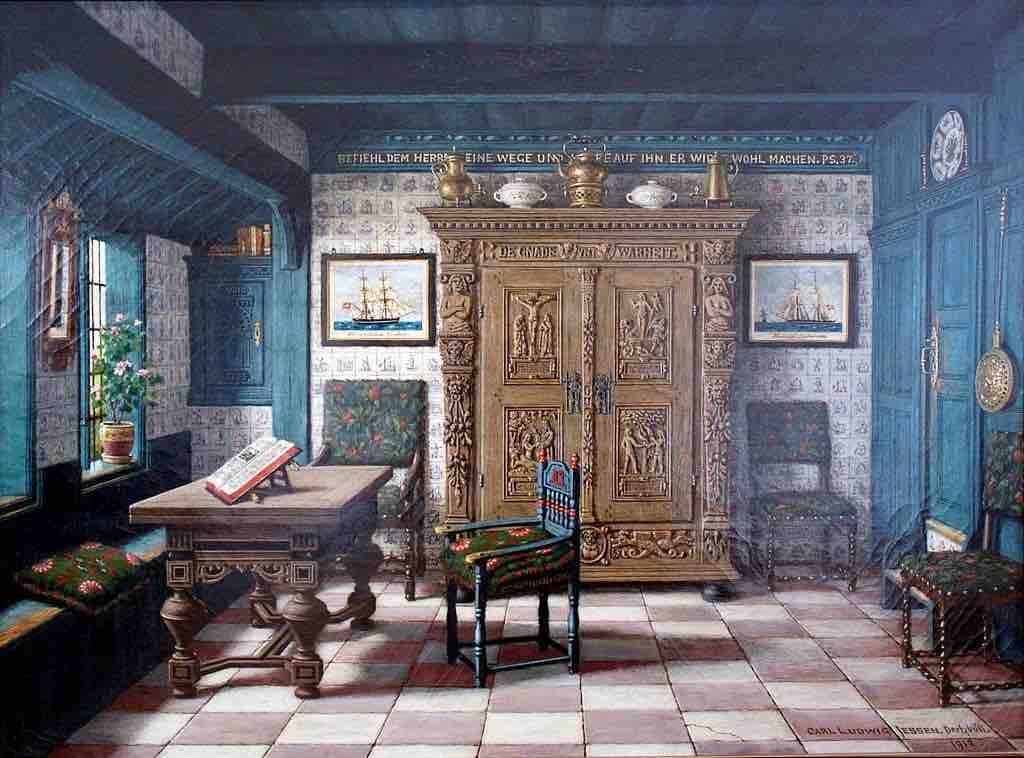 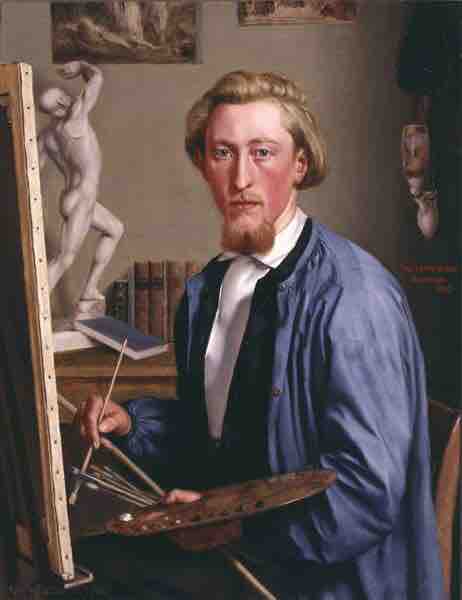