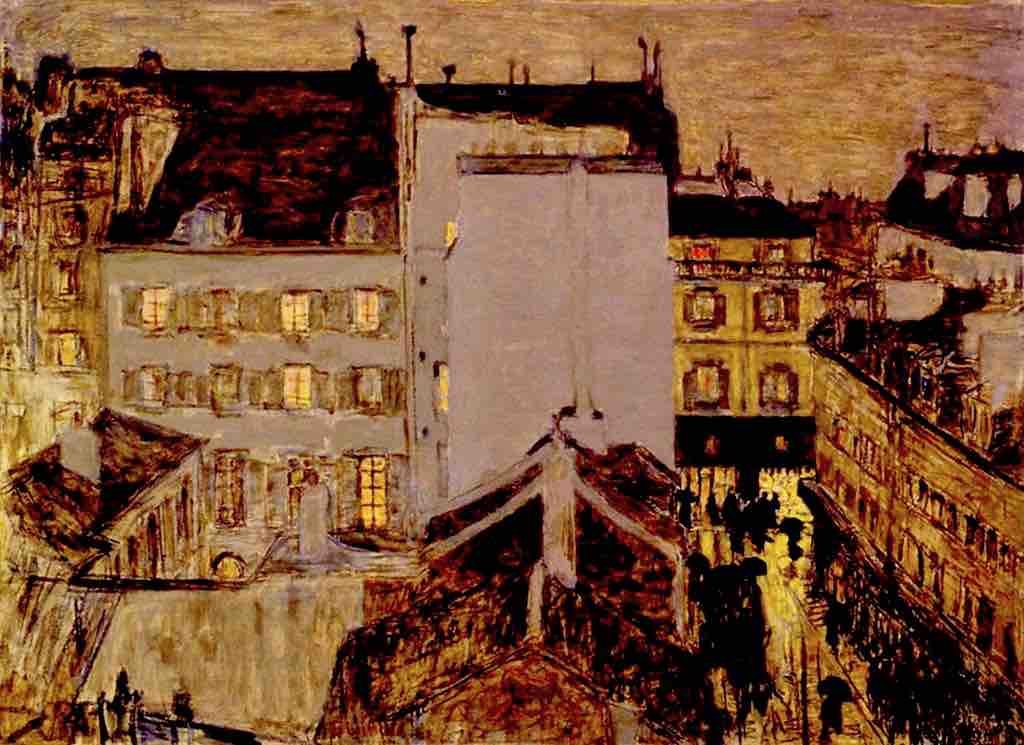 I love the night passionately. 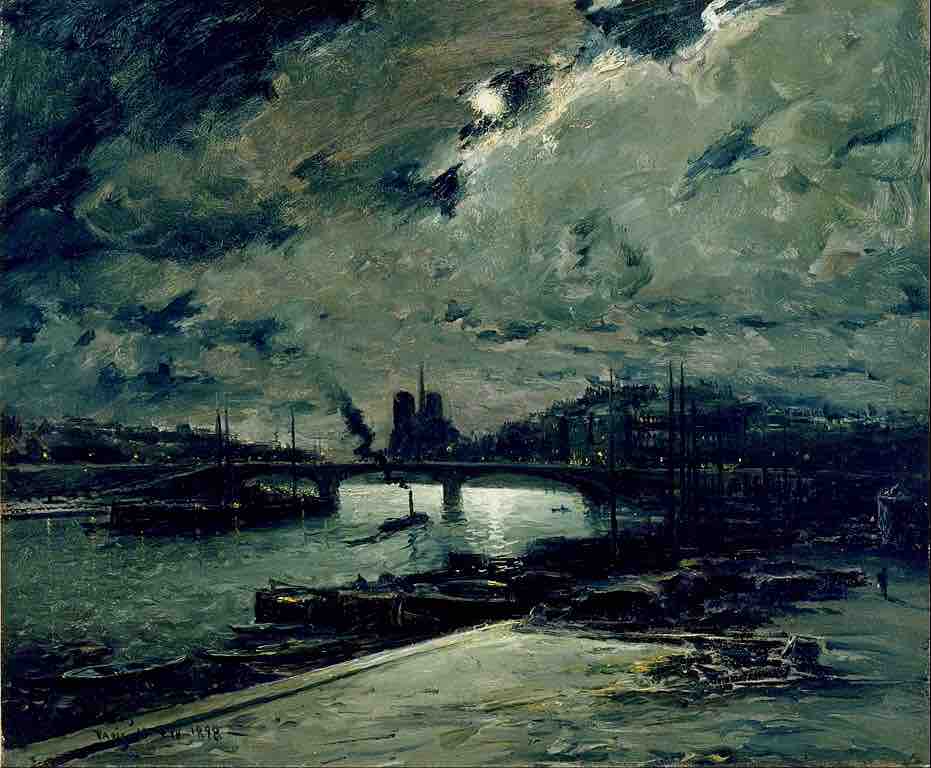 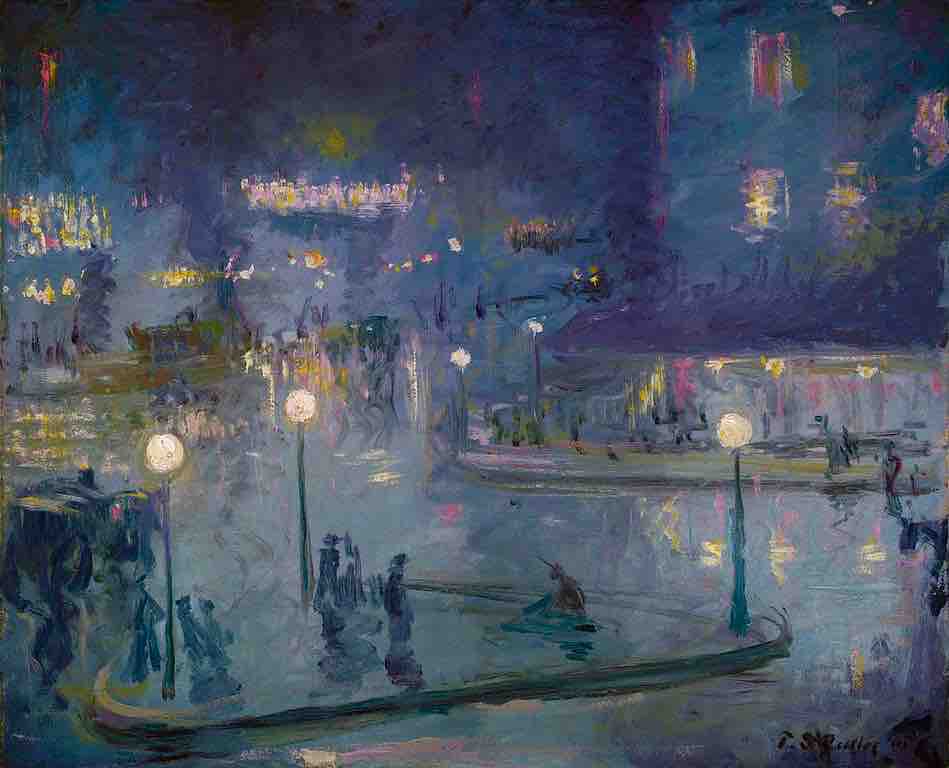 Night came on, the lamps were lighted, the tables near him found occupants, and Paris began to wear that peculiar evening look of hers…