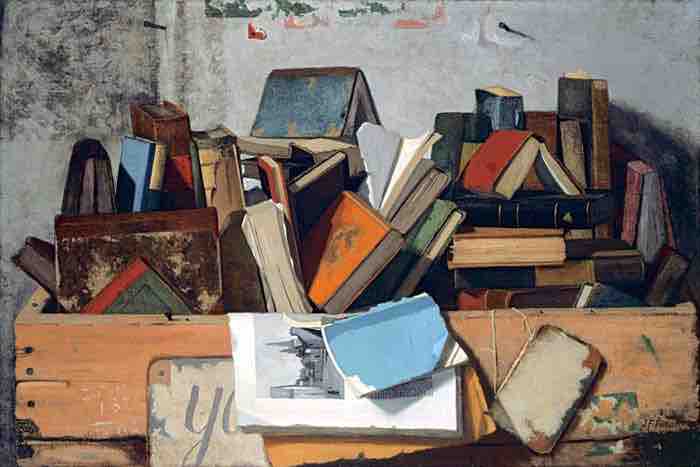 American artist John Frederick Peto (1854-1907) was a specialist in trompe-l’oeil  (“deceived eye”), basically causing the viewer to mistake painted objects for reality.  He often focused on books, letters, and newspapers recreating them with a variety of colors and textures arranged in creative, at times, unpredictable designs. 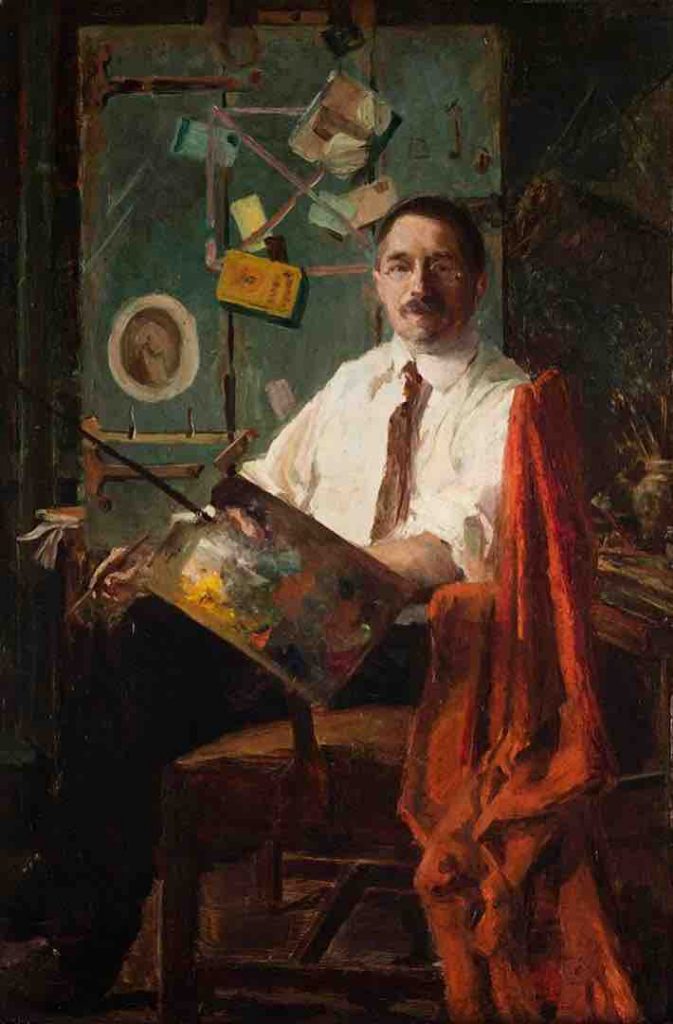 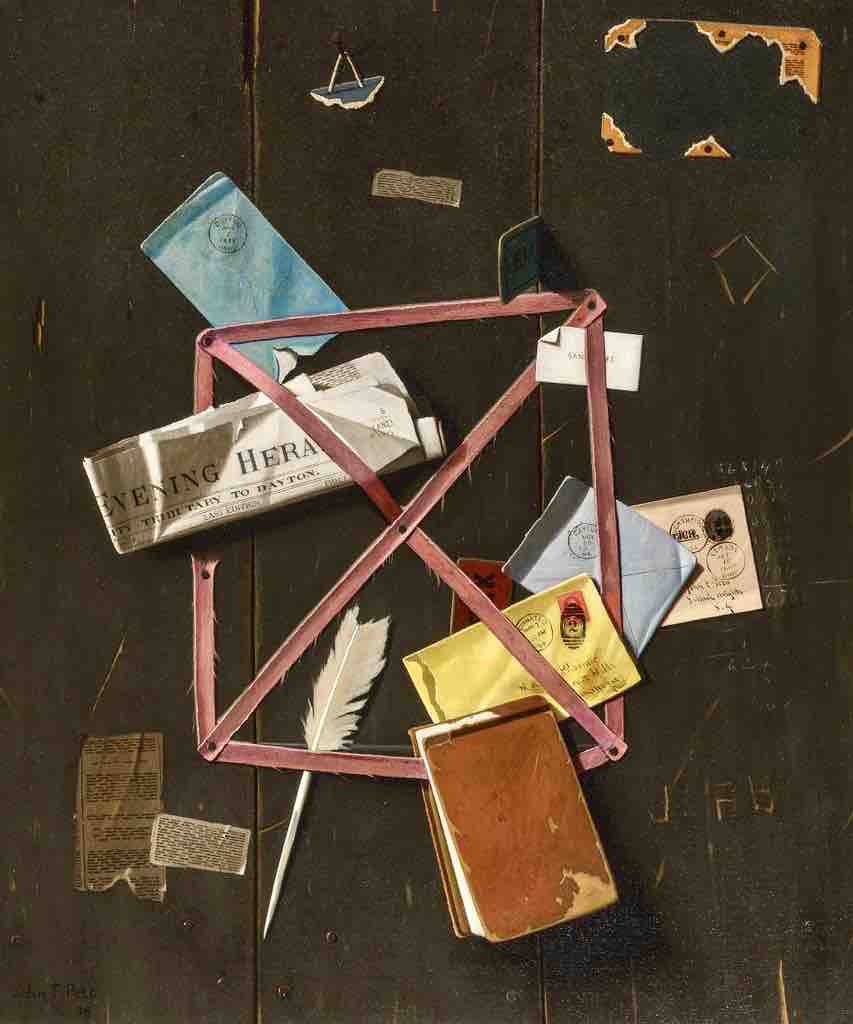