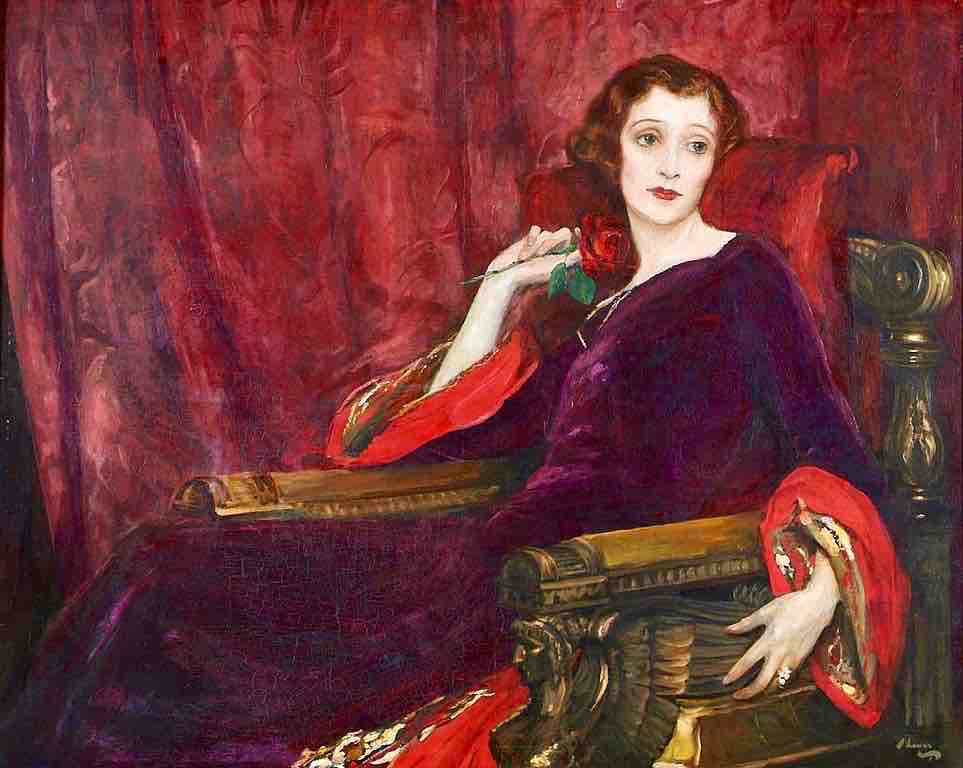 Irish artist Sir John Lavery (1856-1941) was a celebrated society portraitist, immortalizing sitters such as the elegant and unforgettable Evelyn Farquhar below.  However, his favorite model was his second wife Hazel Martyn (1887-1935), who also was a painter, depicted in the dramatic The Red Rose above, considered one of his most popular works of art. 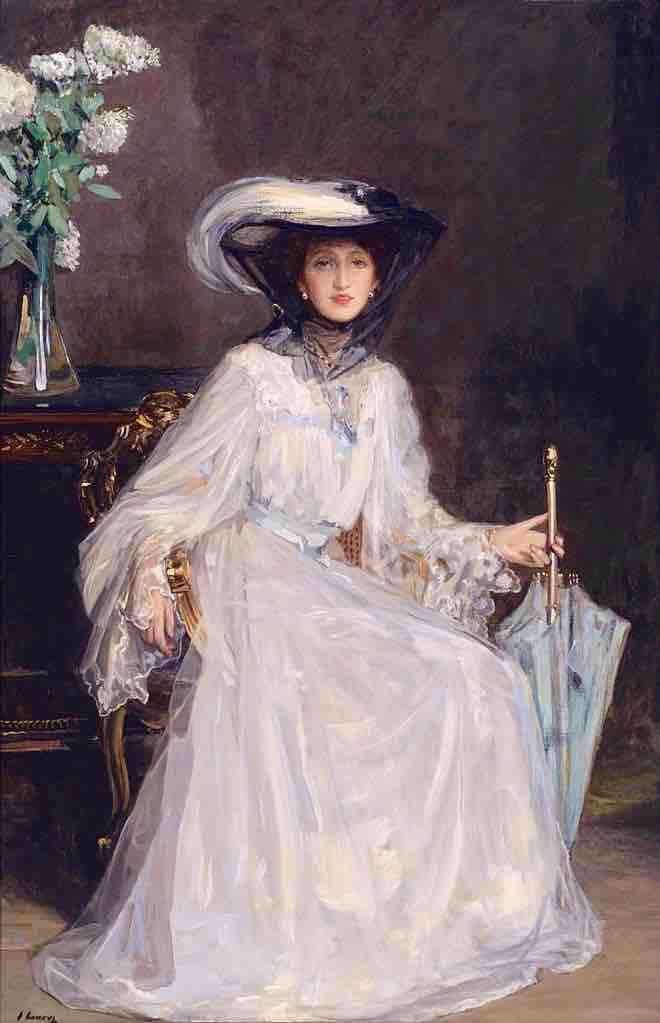