ASCENDING INTO THE SWISS MOUNTAINS 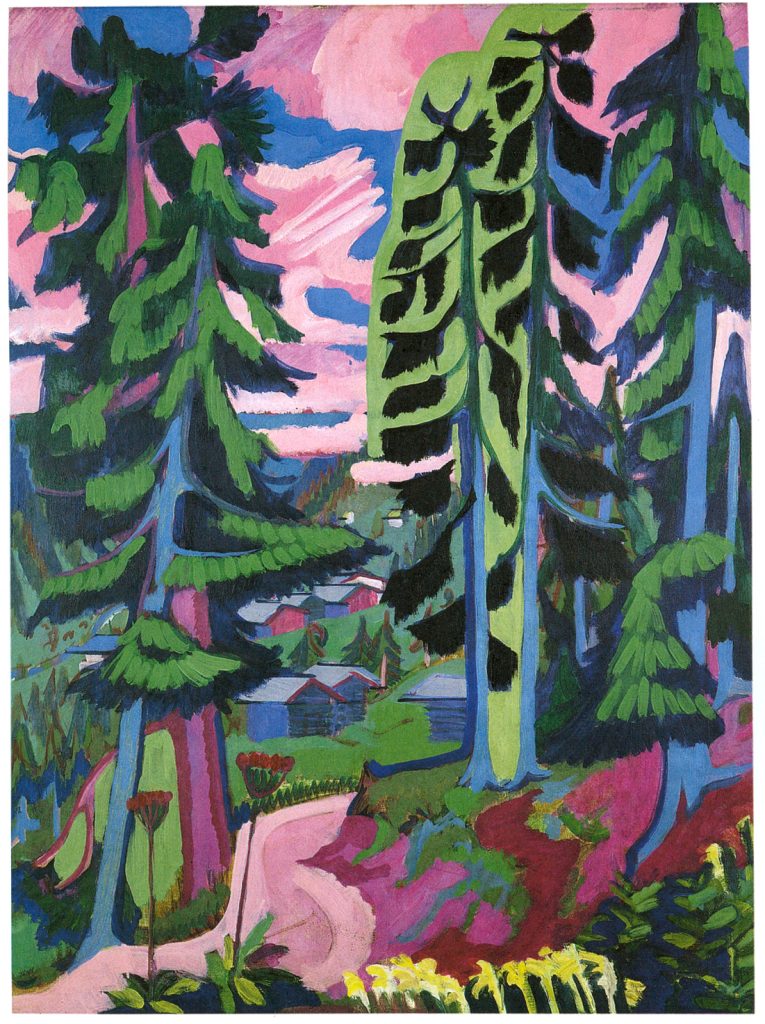 i am very happy and thankful to be here in Switzerland and to remain.

German master Ernst Ludwig Kirchner (1880-1938) was one of the founders of Die Brucke (The Bridge) in the early 20th century, a movement transforming both the human form and nature into images of intense colors as well as expressive forms.  After World War I, Kirchner moved to Switzerland, where he created Wildboden, Mountain Forest above. Denounced as a “degenerate” artist, by the Nazi government of his native country in the 1930s, hundreds of his works were destroyed; shortly after he committed suicide.

The painting above is used solely for educational purposes and in the U.S. public domain.