By Joan Hart on November 1, 2015 in Art Happenings

Every flower is a soul blossoming in nature. 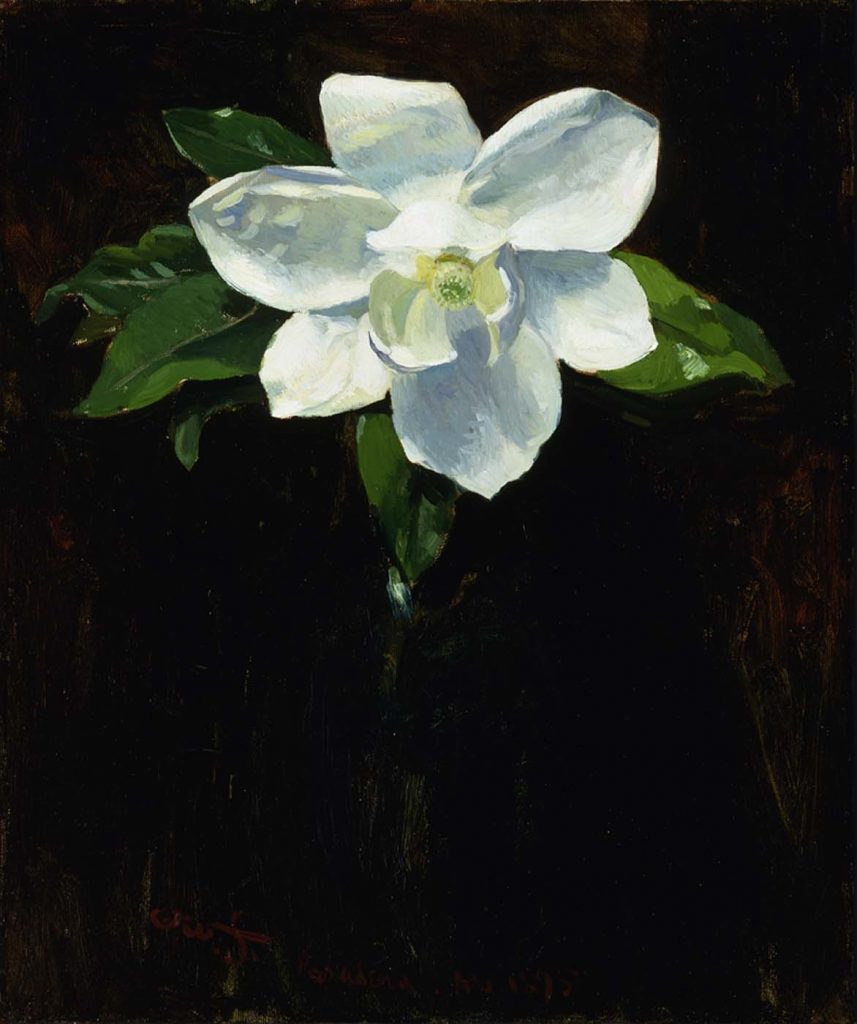 The hypnotic Magnolia by Charles Walter Stetson (1858-1911) is part of the comprehensive collection of painters and sculptors who created during the Gilded Age,* presently at the Smithsonian American Museum of Art in Washington, D.C.   Originally from Providence, Rhode Island, the artist was basically self-taught, developing an especially profound sense of color. He spent his final years in Rome with his wife poet Grace Ellery Channing.

Gerard de Nerval is the nom de plume or pen name of French Romantic era writer and poet Gerard Labrunie (1808-1855).  He was recognized for his verse as well as prose in Parisian literary circles.  However, Gerard suffered periodically from mental illness, committing suicide in his late forties. The generations after him, though, such as Marcel Proust, T.S. Eliot plus the Surrealists, were influenced by his work which often emphasized the power of dreams and fantasies.