By Joan Hart on February 9, 2015 in Art Happenings

BE CERTAIN to click on the work of art to enlarge or enhance it.

WITH A TOUCH OF VERMEER

Does she really care about love?  Or is s it simply a game for her based on vanity and pride?  Does The Morning of St. Valentine by John Callcott Horsley reveal the unfortunate cruelty of l’amour? For she barely acknowledges her suitors’ letters of adulation, absorbed instead in her own reflection. While her pampered lapdog playfully tears their heartfelt messages into shreds, an unknowing accomplice in his owner’s selfishness.

British artist Horsley (1817-1903) was an admirer of Vermeer, like his colleagues of the Cranbrook Colony, a group of painters who resided in the Kent countryside. Although his feminine subject bears little resemblance to the ethereal women who populate the Dutch master’s paintings, details such as the servant, fur jacket, and general surroundings are references to seventeenth century Holland. 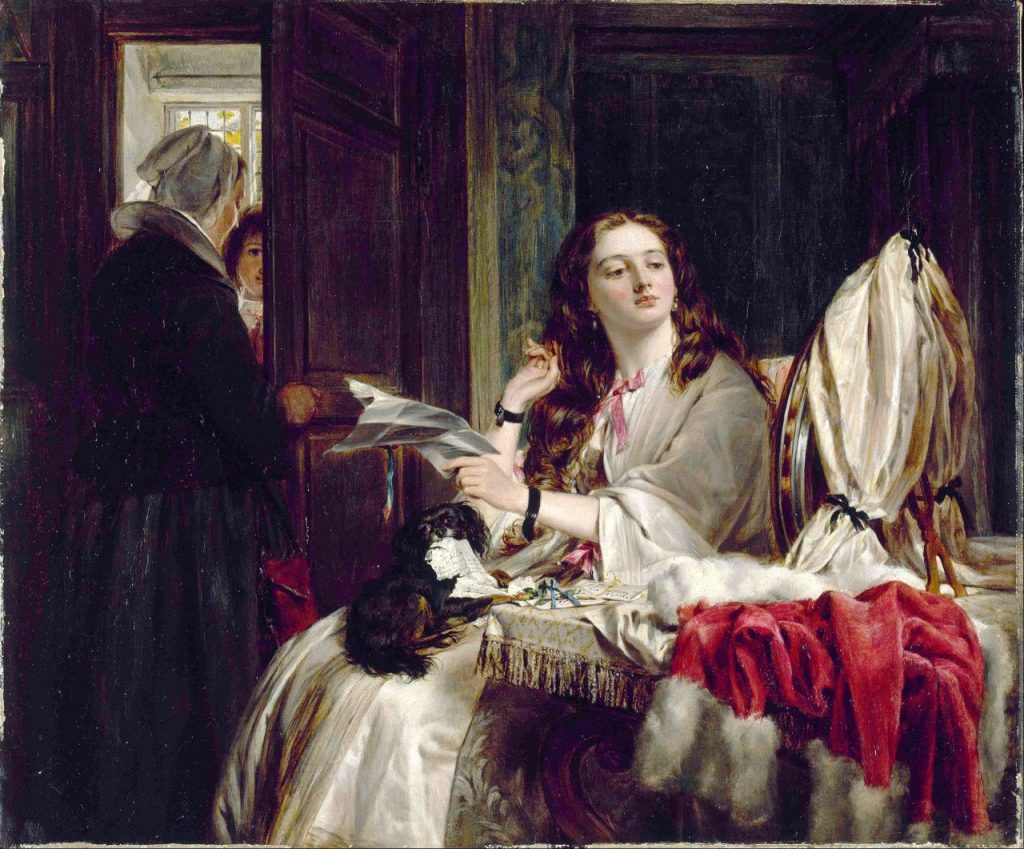 Note: A similar painting apparently exists done in 1863 and is in the collection of Wolverhampton Arts and Heritage, UK.

For more of our blogs on St. Valentine’s Day, click,

The Morning of St. Valentine is in the U.S. public domain.

And bring the love of art into your world with Through an Artist’s Eyes: Learning to Live Creatively!