THROUGH AN IMPRESSIONIST’S EYES

DAY AFTER THE WINTER STORM 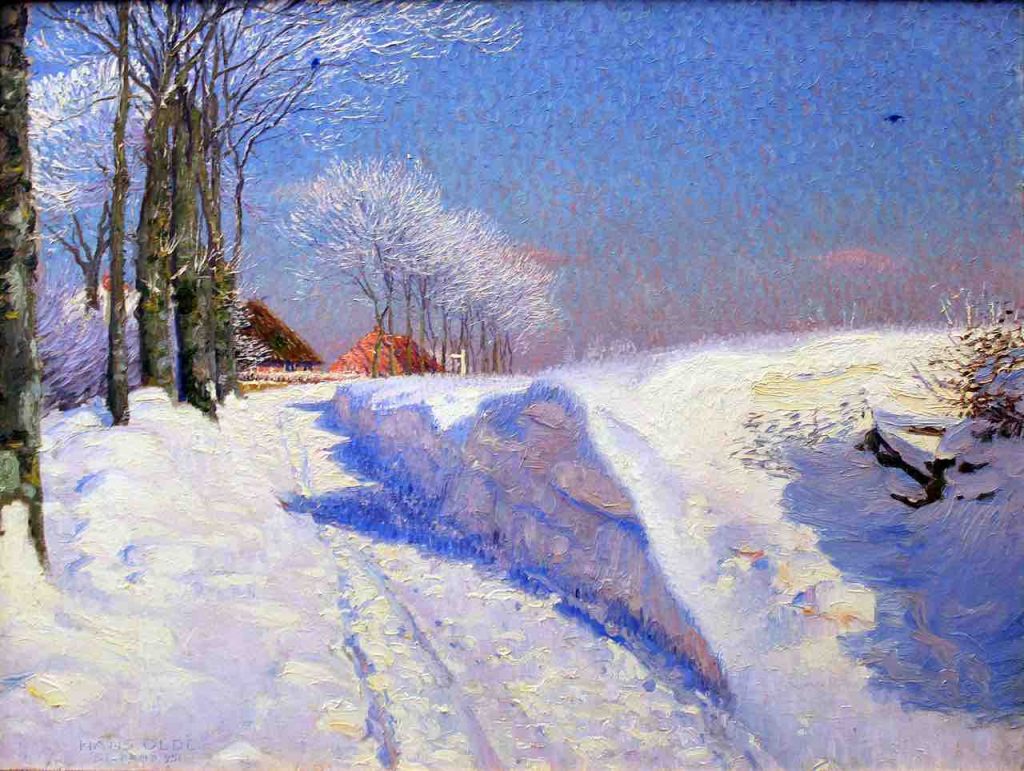 When it snows, shovel or make snow angels.

When Hans Olde (1855-1917) was studying painting in Paris in the late nineteenth century, he soon became an enthusiastic follower of the Impressionist style; when he returned to his native Germany, he continued his career as an artist, while also establishing himself as an influential art educator.