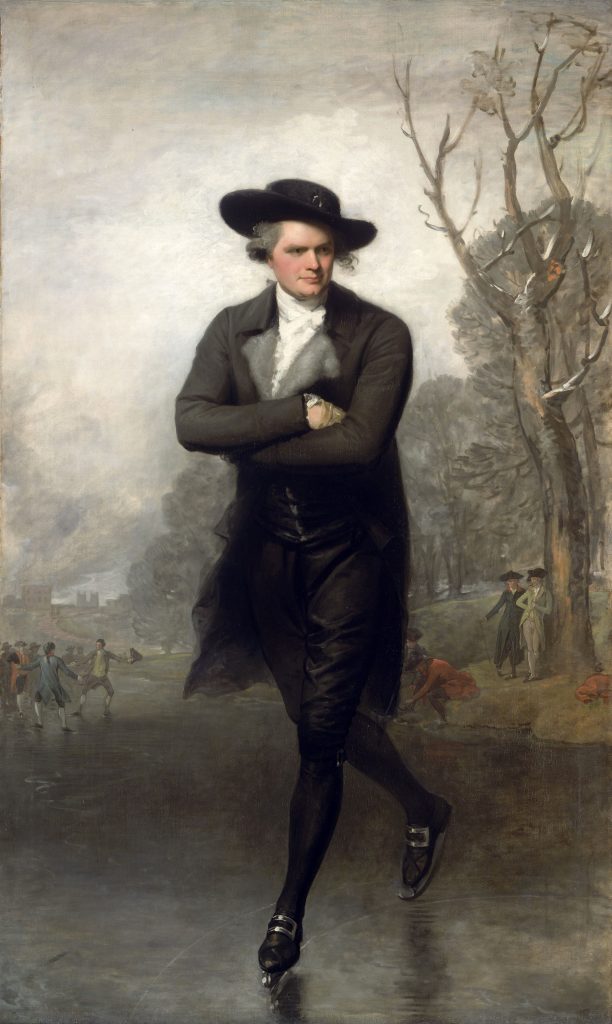 ….on account of the excessive coldness of the weather…the day was better suited for skating than sitting for one’s portrait.

Before he achieved fame for his portraits of George Washington and other leading figures of the young American nation, Gilbert Stuart (1755-1828) worked in London under the mentorship of fellow countryman Benjamin West.  One of Stuart’s early subjects was William Grant, whose pose was considered unorthodox at the time.

The image is used solely for educational purposes and in the U.S. public domain.