But saying o’er what I have said before;

My child is yet a stranger in the world;

She hath not seen the change of 14 years…. 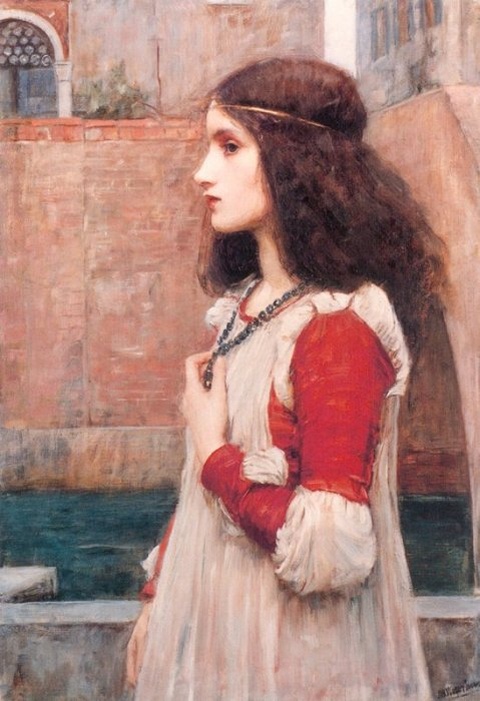 In observance of Valentine’s Day, I’m devoting the next couple of blogs to Victorian era artist John William Waterhouse (1849-1917) and his interpretations of Shakespeare’s heroines like Juliet above. For most of the 20th century, his romantic, often idealized portrayals of literary as well as mythological figures were ignored and even criticized by the art establishment.

However, in the last decade or so, Waterhouse has enjoyed a revival; for instance in 2009, a major exhibition of his works of art was mounted at the Royal Academy of Arts.  And among Waterhouse’s avid admirers is composer Andrew Lloyd-Webber, whose foundation paid  6.6 million pounds for the artist’s Saint Cecilia done in 1895.*

*Learn more about the controversy surrounding this multi-million pound purchase,

Want to revitalize your life in 2014?  Why not take a journey in art with Through an Artist’s Eyes: Learning to Live Creatively!

Purchase via AMAZON or PAY PAL.