LOST IN THE SUNSET, BEYOND THE SHORE

One does not discover new lands without consenting to lose sight, for a very long time, of the distant shore. 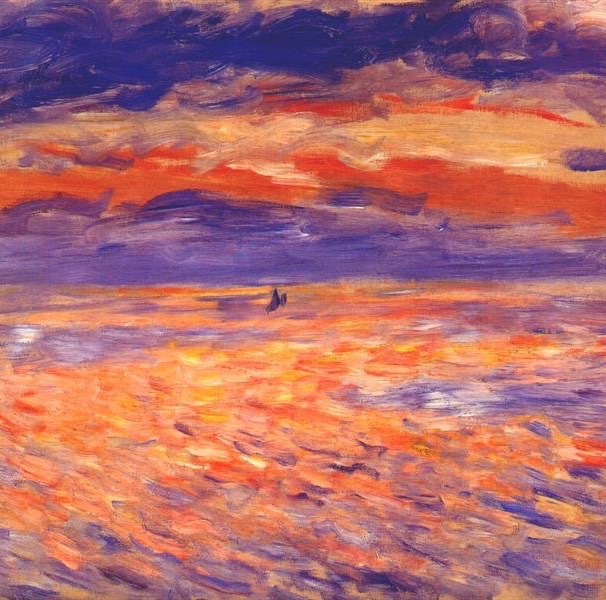 Impressionist great Pierre-Auguste Renoir (1841-1919) did not confine his creative output to portraits of women and children that are so beloved by the public today.  He was also a prolific painter of the outdoors, whether the sparkling waters of the Seine River, the endless gardens of Paris and the surrounding countryside, or the dramatic coast of Normandy, the site of the brilliantly hued Sunset above.

The career of Nobel prize winning French author Andre Gide (1869-1951) began in the 1890s and extended well into the first half of the twentieth century.  During this time, Gide assumed multiple roles in the literary world as poet, novelist, biographer, playwright, journalist, as well as translator.  He traveled widely too, including journeys to Africa and Russia.

And experience the paintings of another Impressionist Claude Monet in Through an Artist’s Eyes: Learning to Live Creatively.