Eternity begins and ends with the ocean’s tides. 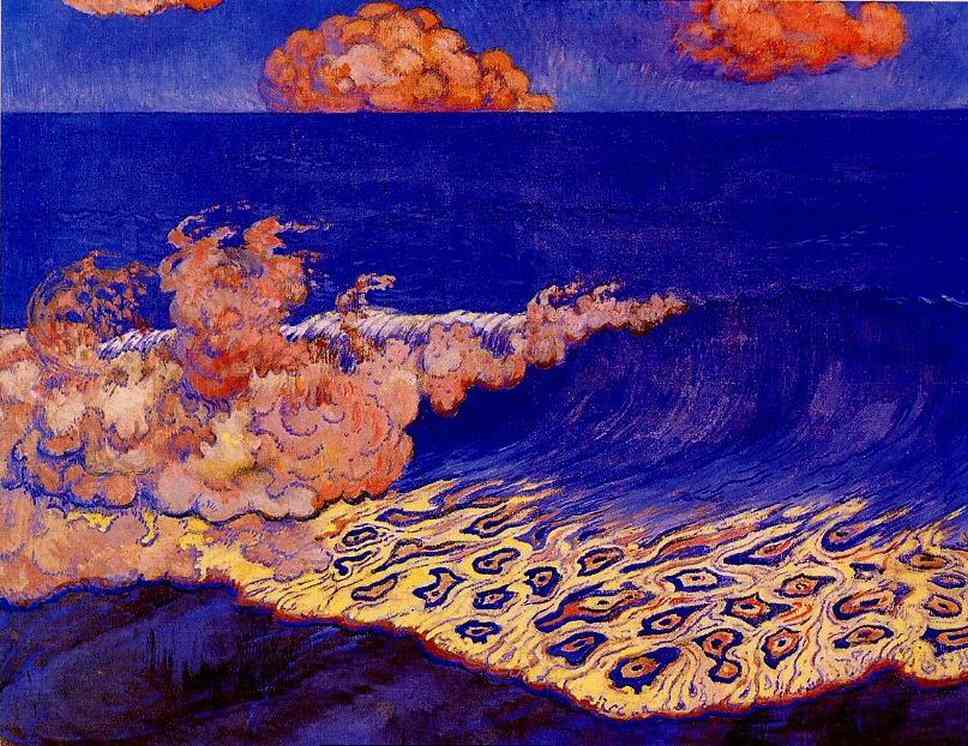 Blue Seascape, Wave Effect created by French painter George Lacombe (1868-1916) symbolizes the spirt of The Nabis (meaning prophet in Hebrew), a group of avant-garde artists who rebelled against naturalism and realism in art.  Instead they believed in the power of dreams and imagination, expressed using an otherworldly spectrum of color as well as strange or exotic forms.