MONET, THE TYCOON, AND THE COTTAGE

What do SEPTA, Philadelphia’s transit system, and Monet’s Customhouse, Varengeville below have in common?  Oil and transportation magnate William L. Elkins,  who was once one of the Pennsylvania city’s wealthiest citizens in the late 19th century. Both establishing the foundation of its bus and subway network as well as contributing his extensive collection to its major museum, the Philadelphia Museum of Art. 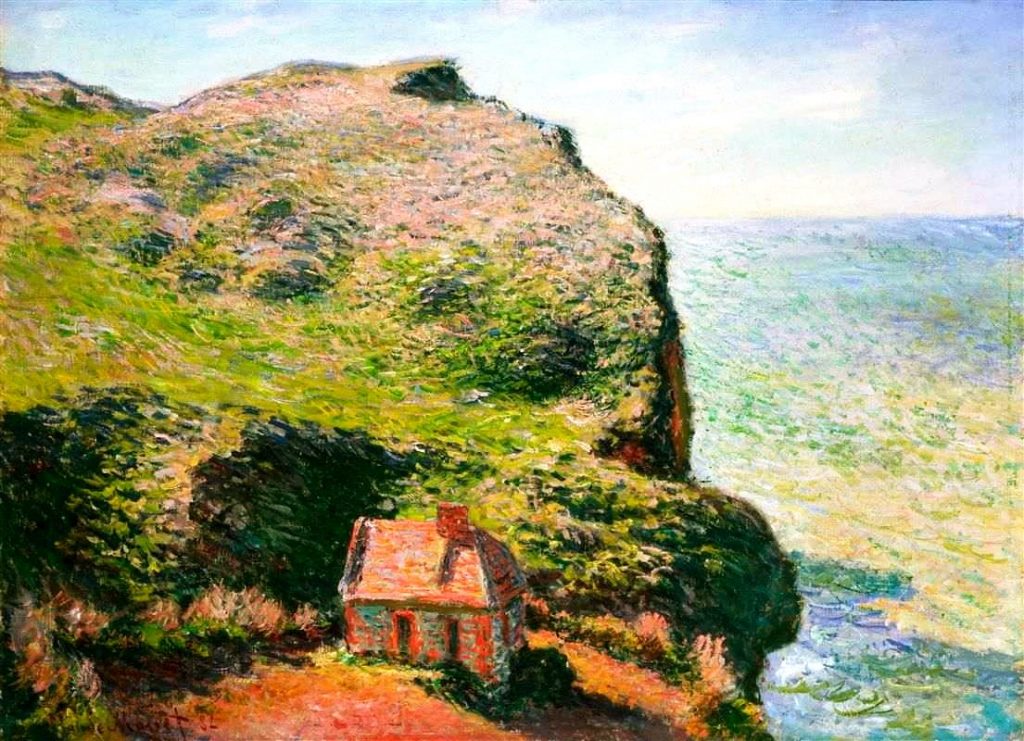 Art expert and dealer Paul Durand-Ruel (see: May 31, 2015 blog) was the work’s original owner, purchasing it from Monet in April 1882, a result of the artist’s painting campaign on the scenic Normandy coast.  Drawn to the lonely cottage, previously used for surveillance during the Napoleonic Wars, Monet included it in at least 30 canvases done during his career.  Then, a decade later, Elkins bought it from Durand-Reul’s gallery in New York City.  Perhaps the successful tycoon was also fascinated by the humble building perched among the rising cliffs, along the faraway ocean of northern France.

The sources for this blog are Monet in Normandy by David Steel and other historians, Rizzoli, New York, 2006 and Inventing Impressionism: Paul Durand-Ruel and the Modern Art Market by Slyvie Patry and other art historians, catalogue of exhibition, National Gallery Company, London 2015.

creative living, Impressionism, Normandy in art, the art of the sea