How does an artist survive a professional disaster, threatening his very future in the field that he loves?  In 1884, John Singer Sargent (1856-1925) was devastated by the critical and public attacks of his painting Madame X at the Paris Salon (see: Monday’s blog).  In the aftermath, Sargent even considered abandoning his career for a profession in music or business.

But Sargent persevered, and within a few years was on the path to becoming the top portraitist of his generation, specializing in portraying the members of the European and British upper classes as well as America’s elite.  I’ve selected 5 of some 600 known portraits by Sargent, focusing on the works completed after he settled in London in 1886, providing a few fast facts about each sitter.

Created in 1888 in New York City during one of Sargent’s visits to the United States.

According to family history, Sargent asked to paint teenager Alice Shepard, while working on a large scale rendition of her mother. At first, the parents were hesitant because of the possible physical strain on their daughter, who had to wear a steel brace because of an accident.  For Sargent often required dozens of modeling sessions by each client, in order to finish a commission. However, to avoid causing Alice any discomfort, he immortalized her in this bewitching oil sketch done with feeling and depth. 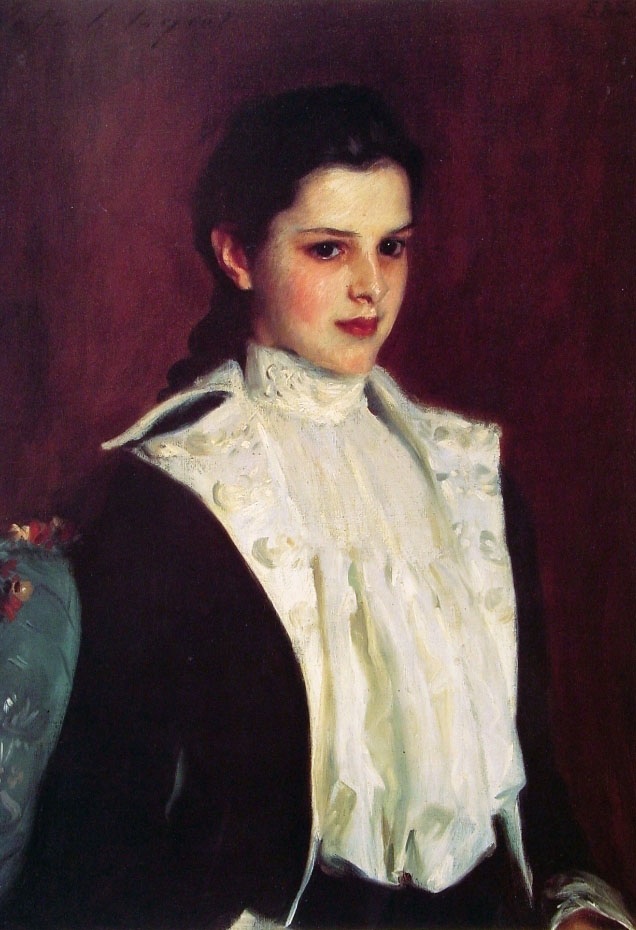 A TOUR DE FORCE IN PAINT

Wife of banker and mining magnate, Carl Ferdinand Meyer; a charismatic figure, influential networker in society and the arts, particularly supportive of theater and opera

American writer Henry James praises Sargent’s tour de force in paint, calling it a picture of knock down insolence of talent and truth of characterization, a wonderful rendering of life, of manners, of aspects, of types, of textures, of everything…..

Created in 1897 in Sargent’s London studio.

Sargent’s prerequisite was that he choose the costume his subjects wore in their portraits.  At first he decided that an evening gown would be most appropriate for Mrs. Stokes, but then realized that her sporty walking clothes more closely reflected her personality. Another change was the inclusion of her spouse in the canvas, replacing a Great Dane (on loan from a Sargent friend). The couple had also wanted to have separate portrayals, hoping to employ James McNeill Whistler for Issac’s portrait. Unfortunately, his fee was too high so the generous Sargent inserted what might be a rather irritated husband in the background.

OUT OF THE SHADOWS

Wife of London solicitor Charles Russell, noted for several prominent cases including Oscar Wilde’s libel suit against the Marquess of Queensberry (whom he defended).  Her grandfather was founder of British newspaper the Daily News while her father-in-law held the office of Lord Chief Justice of England

Did Adah Russell live in the shadow of her husband and the other prestigious men of her family?  Does Sargent perceive her sadness and longing caused by a sheltered life? 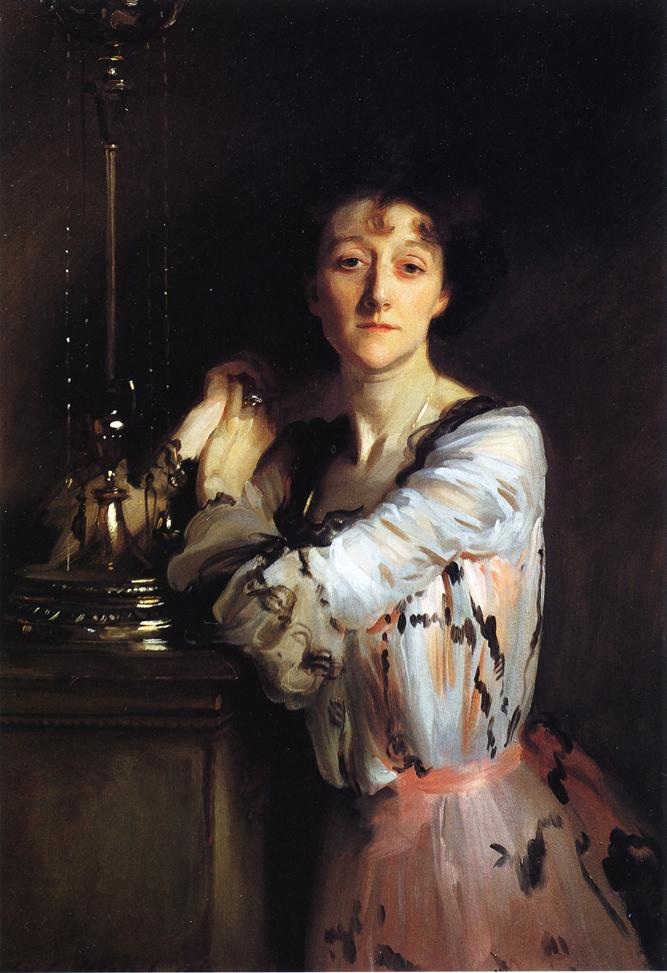 I couldn’t resist including this charcoal drawing of a most intriguing lady—Olga, the rumored “natural” child of King Edward VII. Her maiden name was Caracciola and she was raised by Italian nobility.

Would Sargent dare ask about her background? 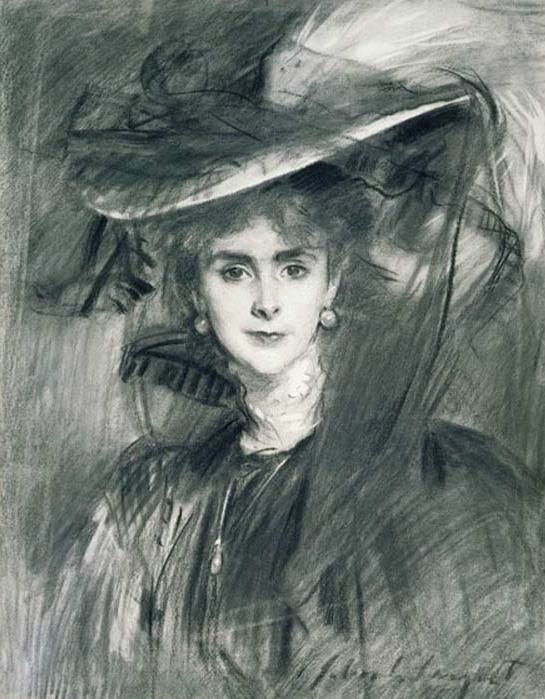 And create your own portrait of life with Through an Artist’s Eyes: Learning to Live Creatively!