Zinaida Serebriakova, one of Russia’s first notable women painters, was caught in the middle of the upheaval of World War I and Russian Revolution..  Like Boris Pasternak’s character Dr. Zhivago, she lost not only family members and friends, but her way of life.* However, her self portrait At the Dressing Table was created in1909, long before her later tragedies. Here the 25 year old Zinaida smiles at her reflection in the mirror (and at the viewer as well), confident in both her beauty and talent. 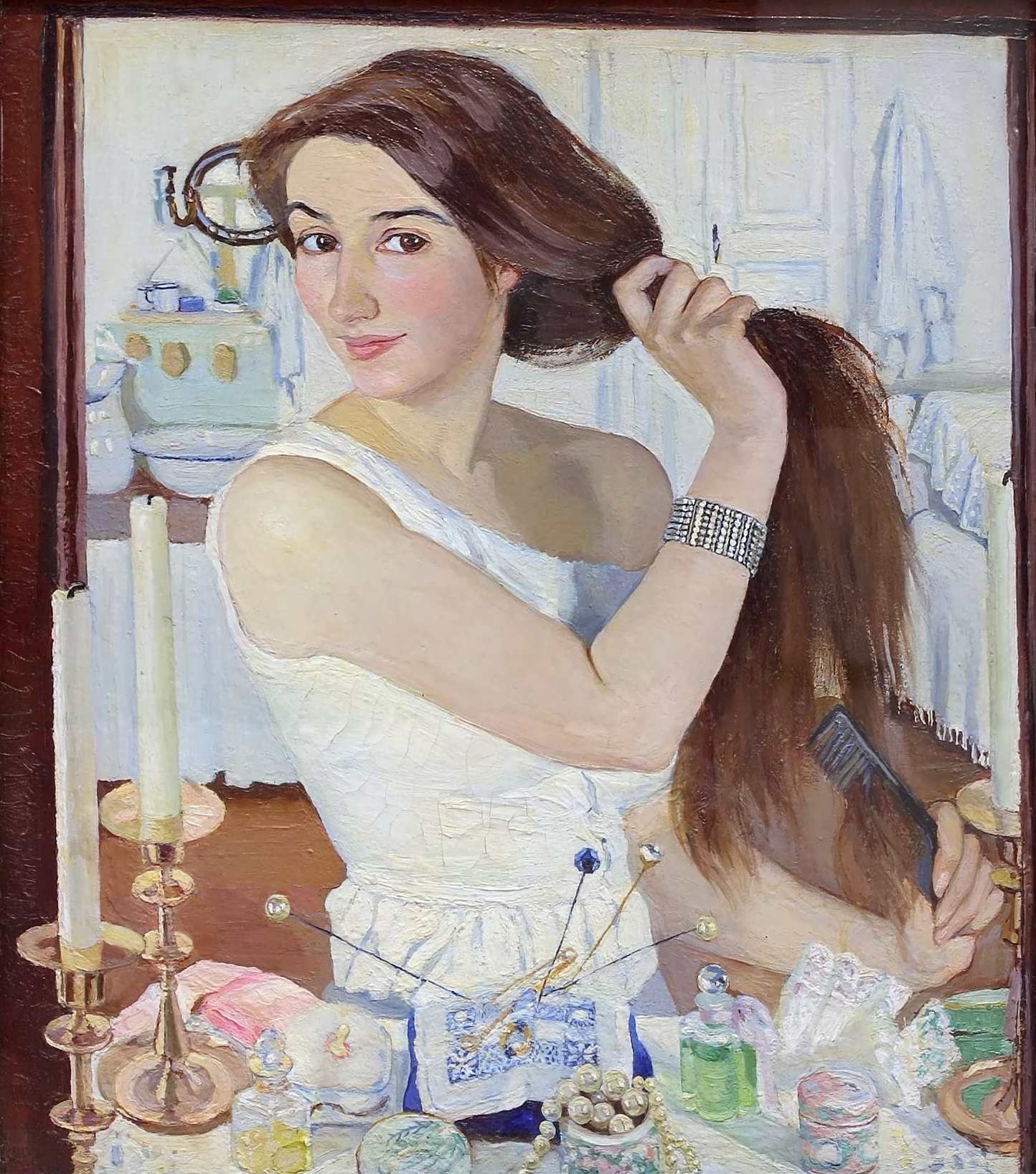 *Serebriakova’s husband died of typhus in 1919; she was eventually forced to live abroad in France, but only two of her four children were allowed to join her.

The above image is in the U.S. public domain.