A BRIDE AND GROOM

The Woodbine or the Honeysuckle represents True Love or Steadfastness of Affection. 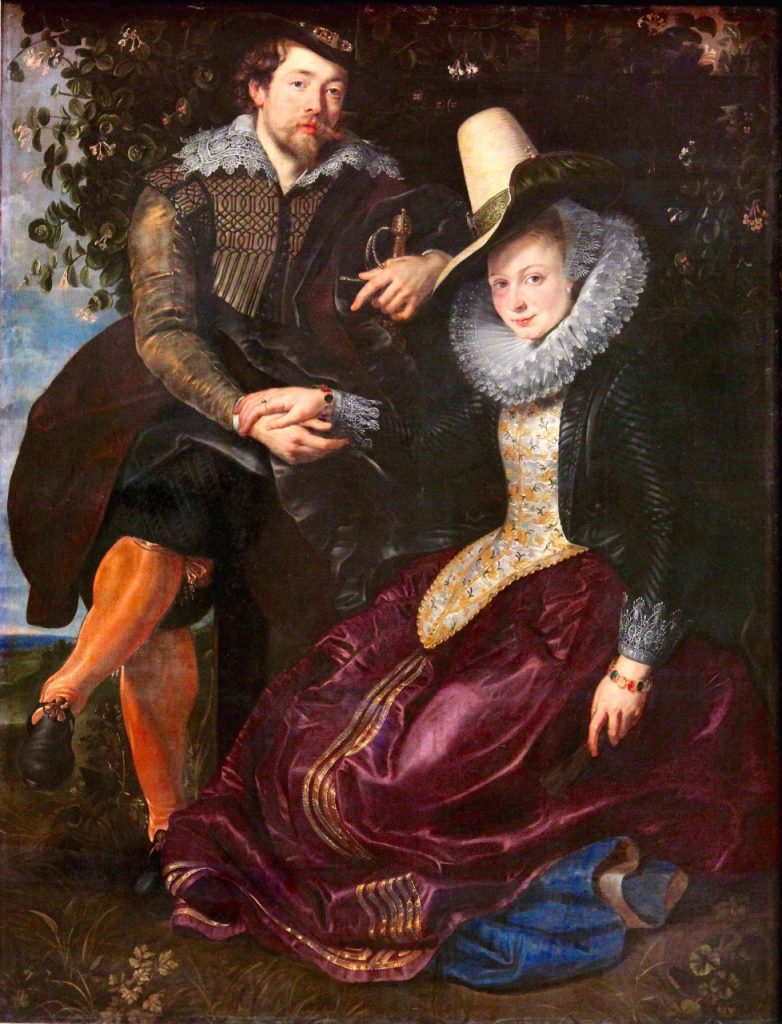 Self-portraits by artists are common, but portrayals like Rubens and Isabella Brant, the Honeysuckle Bower are rare in the history of art.  Flemish master Peter Paul Rubens (1577-1640) was already a rising star, soon to become celebrated as the favorite portraitist of royalty and aristocracy during the Baroque era.  However, Isabella often appears in his work throughout their marriage of nearly two decades, starting as the smiling 19 year old bride above, who probably assumed that her union with the talented painter would last forever.

For a further look at the Rubens family, click:

Artists and Their Daughters: Peter Paul Rubens, for the Love of Clara

Explore the portraits of Rembrandt, another Baroque master, in Through an Artist’s Eyes: Learning to Live Creatively.