By Joan Hart on September 3, 2020 in Art Happenings

THE SOFA IN THE JUNGLE 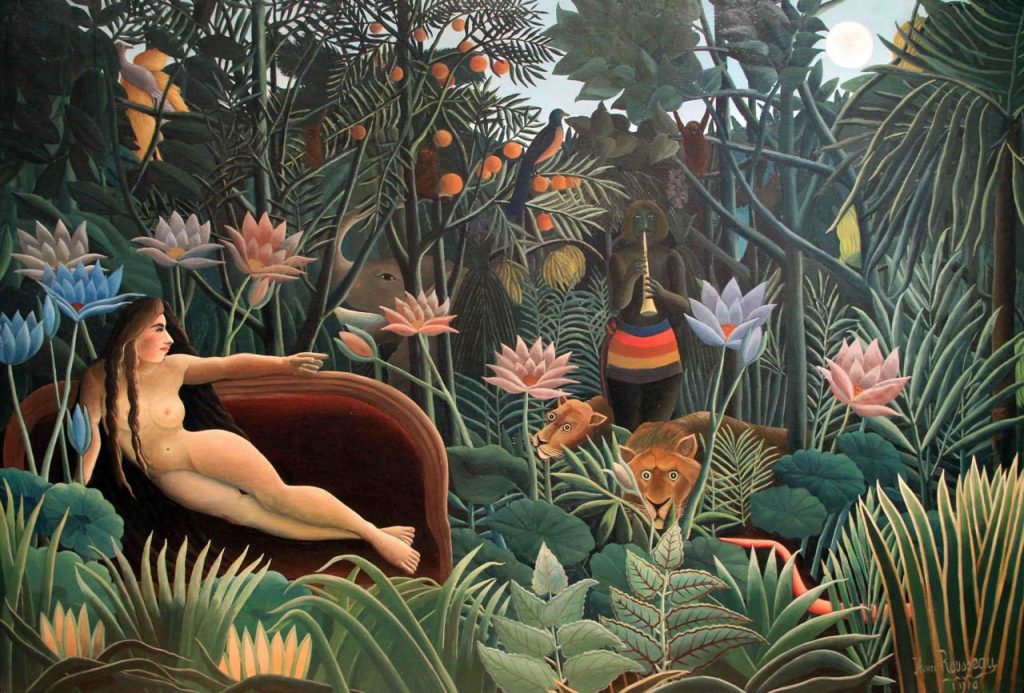 I am answering your kind letter immediately in order to explain to you the reason why the sofa in question is included in my picture THE DREAM.  The woman sleeping on the sofa dreams that she is transported into the forest, hearing the music of the snake charmer’s instrument.

One of the most intriguing artists in Western art, French Naive or Primitive painter, Henri Rousseau (1844-1910) still mystifies many 21st century viewers with his strange yet enchanting jungle scenes like The Dream above. Once a toll collector in Paris, he never ventured beyond France, basing his tropical visions on regular trips to the city’s botanical gardens. Rousseau was initially misunderstood and even ridiculed by critics. but by his death, Picasso plus other avant-garde innovators were beginning to recognize his lasting contribution to modern art.