Reposted blog on the Vanderbilts in art.

Gertrude and I were heiresses.  There seemed never to have been a time when this was not made clear. 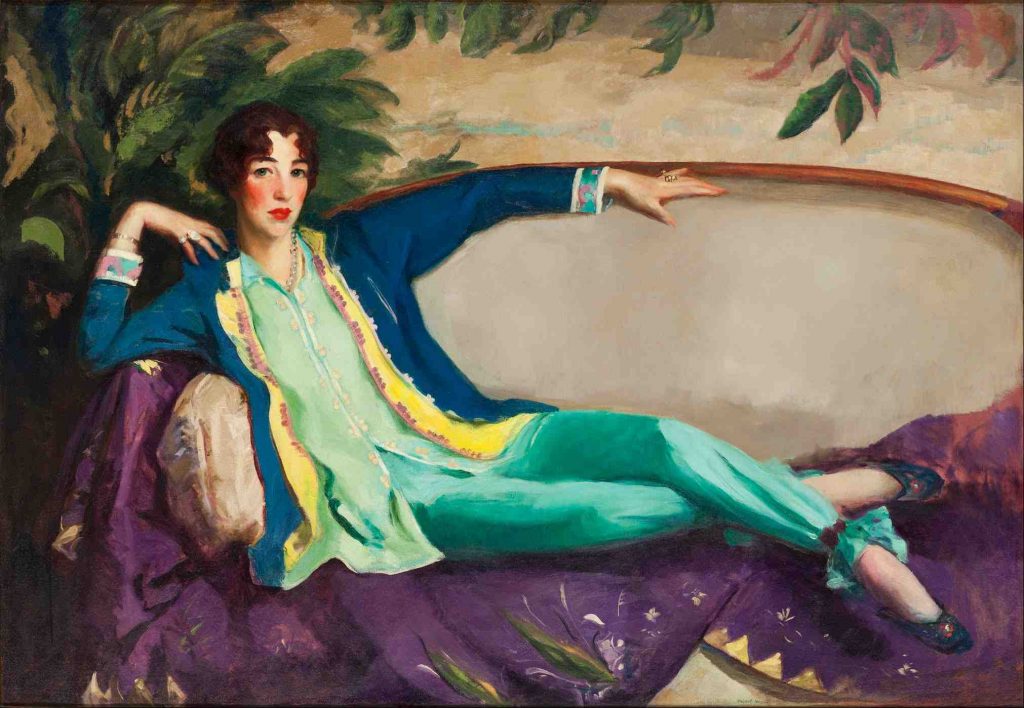 In Robert Henri’s portrait of Gertrude Vanderbilt Whitney done in 1916, she personifies sophistication and wealth—at ease with the luxurious way of life inherited from her extraordinarily rich family.  Yet, she also projects the confidence of a woman who has pursed a professional career as a sculptor, independent of her upbringing and background.  By the early 1930s, she would found the Whitney Museum, still an important force in the contemporary art world.

Robert Henri (1865-1929) was not only an artist, but a teacher and writer as well.  He is remembered as an influential figure in the development of the Ashcan School of painting, a movement that stressed realism—urging his colleagues to depict all aspects of New York’s urban environment  including the impoverished conditions of many of its citizens.