By Joan Hart on September 5, 2020 in Art Happenings

FROM 1515 TO THE EDGE OF EXTINCTION

In just a few decades, a large population of northern white males has been reduced to a single 3,500 pound bull living in a 10 acre enclosure with round-the-clock guards.  There are also four females left: two in Kenya and one each in the United States and the Czech Republic.  But none is fertile, meaning the population is on the verge of extinction.*

Washington Post article, “Lumbering into Extinction,” June 17, 2015, about the threat to the African two-horned species.

500 years ago, Albrecht Durer created the drawing below of an Indian one-horned rhinoceros (whose existence is also now precarious) for a woodcut version which then circulated throughout Europe. Obviously Durer never actually saw a rhino himself, basing the rather fanciful work on a description and possibly sketches of a male from South Asia, given as a gift to King Manuel I of Portugal. 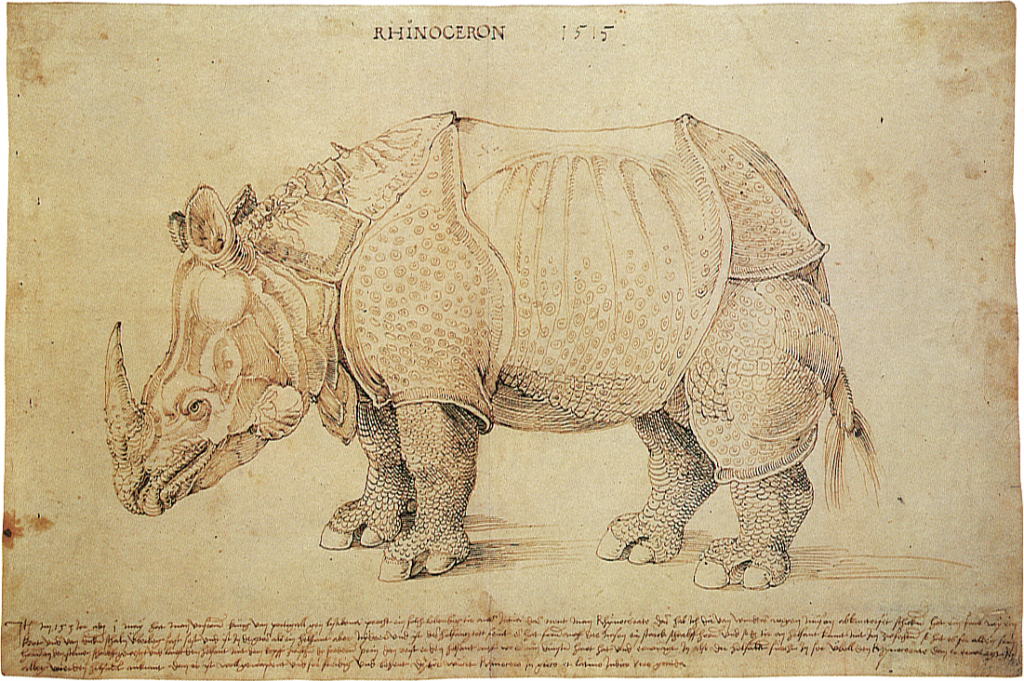 German Renaissance artist Albrecht Durer (1471-1528) was a highly gifted engraver as well as painter.  His studies of animals and plants are especially revealing, rendered with a profound feeling for nature.