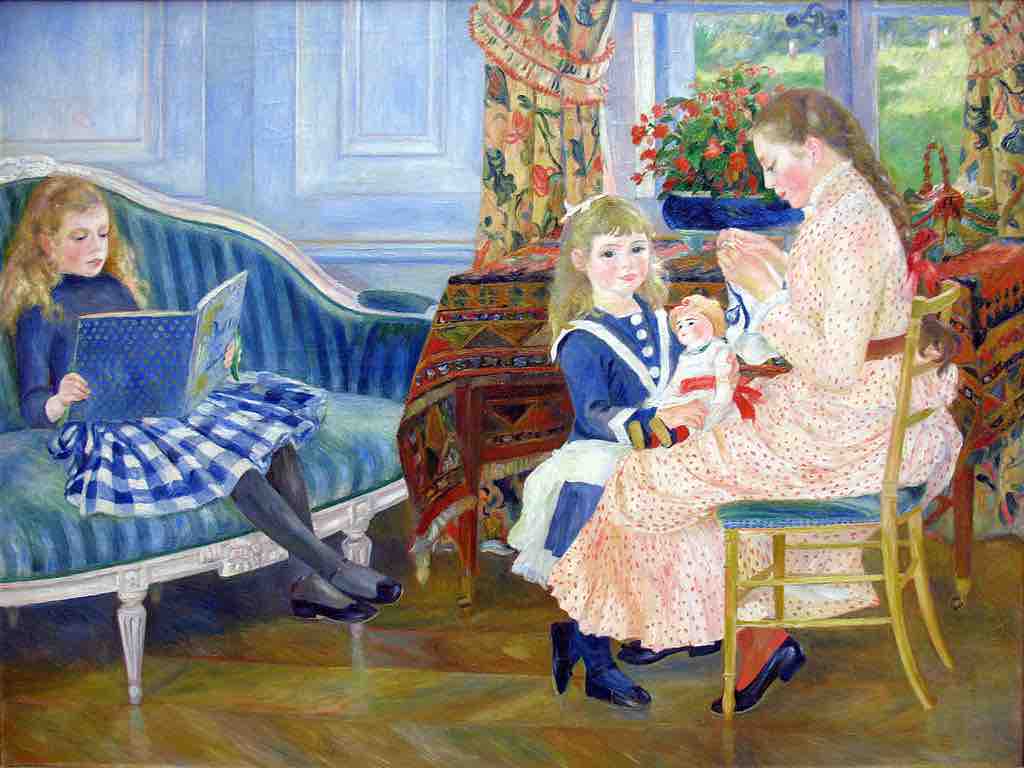 The 18th century Castle of Wargemont was rebuilt in the 19th century.  From 1855, it belonged to the Berard family, who patronized the artist Renoir.

See: More portraits of the Berard children in the other blogs posted today!