BE CERTAIN to click on the work of art to enlarge or enhance it.

A FAMILY AFFAIR IN ART, III

A WALK IN PARIS WITH THE RENOIR BROTHERS

Renoir loved Paris, not only its streets, bridges, and building, but the Parisians themselves.  When in 1872 he decided to paint the Pont Neuf, he took a room on the second floor of a nearby cafe and sat in the window on a gloriously sunny day….He was fascinated by the stir and movement of a great city, but for a time he was baffled by the speed of all the ceaseless motion.  No one stopped long enough to catch a likeness.

The solution, however, was simple.  He sent his brother out to question the passerby, to enquire the location of some street or to ask the time of day.  This momentarily arrested the flux of people and he was able to sketch individuals, to record their gestures and postures…And it is this note of the specific which has given the PONT NEUF its immediacy, its sense of actuality, a quality which is lacking in many Impressionist canvases.

Can you find Renoir’s younger brother Edmond in the crowd? He actually has been identified twice in the painting of Pont Neuf: as the jaunty gentleman with the straw boater hat and walking stick in the lower foreground, both on the left and right sides of the canvas.*

Edmond was working as a journalist himself and later wrote a short story L’Etiquette  for the publication La Vie Moderne, which was illustrated by his older sibling. 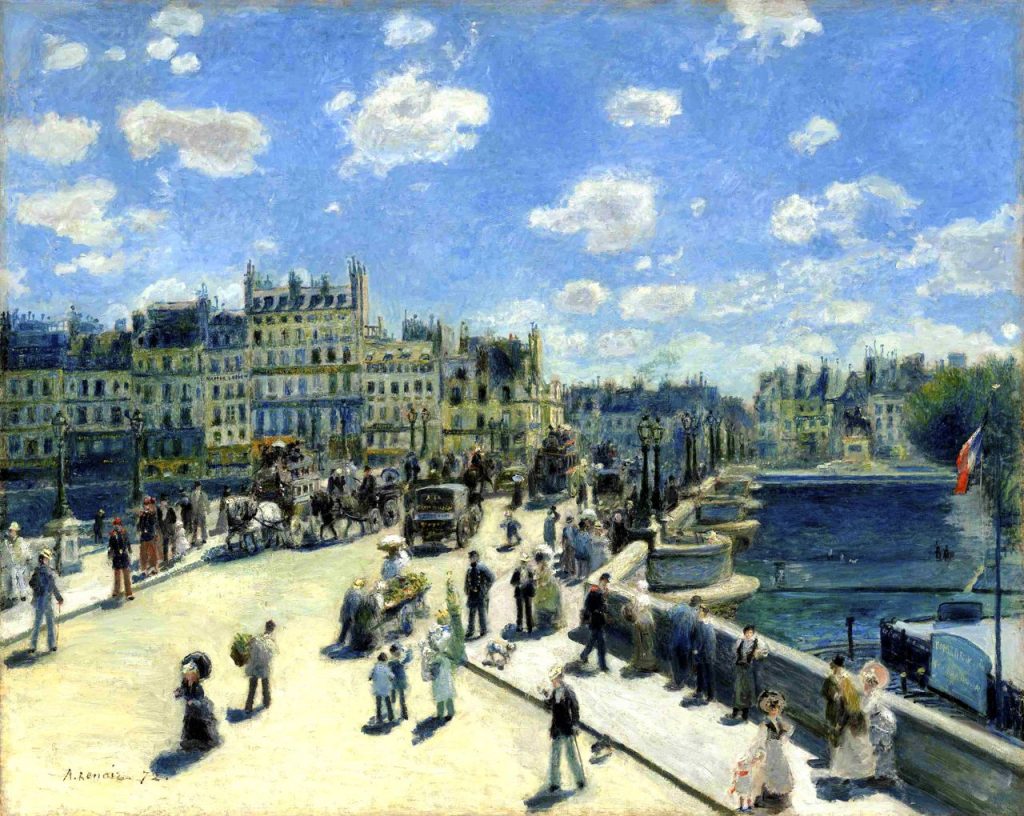 *From the website of the National Gallery of Art.

Take your own art walk in Through an Artist’s Eyes: Learning to Live Creatively.