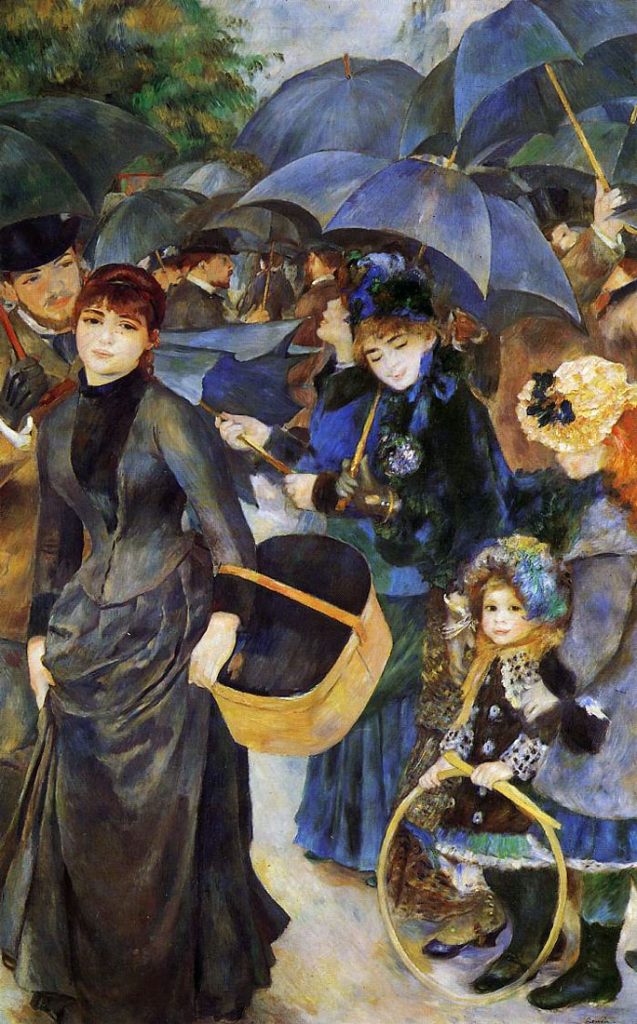 French Impressionist Pierre-Auguste Renoir (1841-1919) decided to make umbrellas the theme of the work of art above, set among a Parisian crowd in the rain–a lively group of all ages. Do any of the figures particularly attract your eye? American John Singer Sargent (1856-1925) focuses on just two subjects, artists Wilfrid de Glehn (1870-1951) and possibly Mary Foote (1872-1968) engaged in the act of painting in a luminous landscape. But what is the role of the umbrella this time? 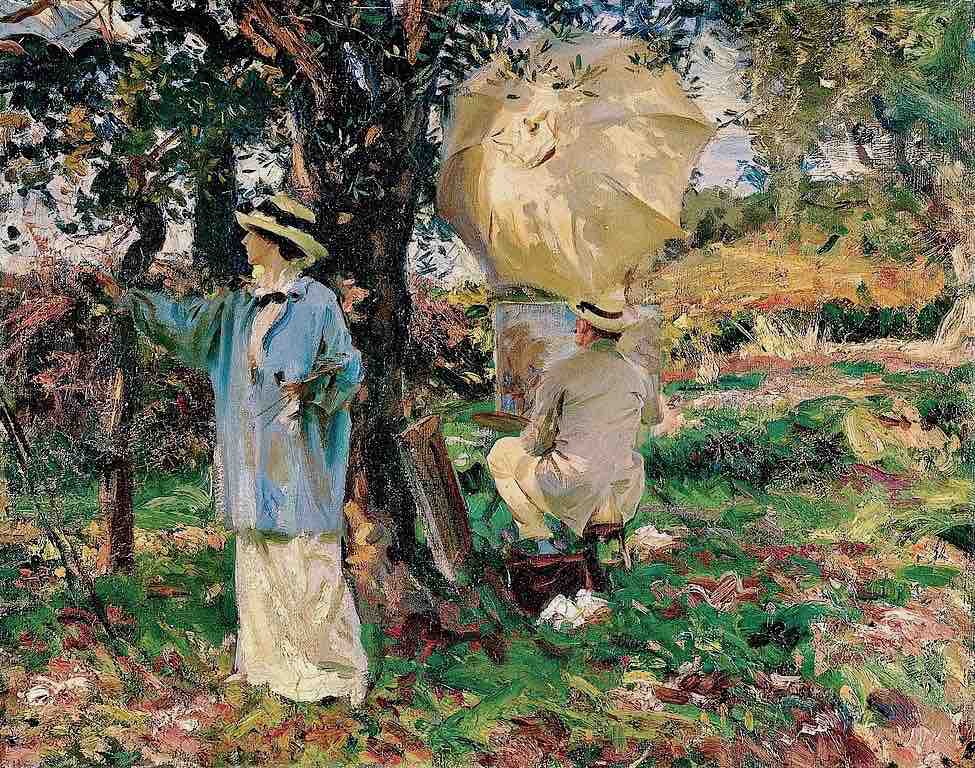