AN INVITATION TO THE RENOIR HOUSEHOLD

Pierre-Auguste Renoir (1841-1919) did not become a pere until he was in his mid-forties with the birth of his son Pierre in 1885; Jean followed almost a decade later, then Claude, nicknamed Coco, in 1901.  Jean Renoir, who achieved his own fame as an award winning movie director, penned a moving memoir of his father in 1958, offering us access to the  warm, loving, yet sometimes contentious atmosphere of the household.  All three sons were also models for the artist as well as Gabrielle, a cousin of Renoir’s wife Aline, who assisted with raising the children.

So I hope you’ll accept An Invitation to the Renoir Household: Meet Pierre, Jean and Coco including not only paintings and pastels of the three boys, but excerpts mostly from Renoir, My Father, providing an intimate perspective on the Impressionist master’s relationship with his family.

That Renoir’s world has come into being can longer by doubted.  I am constantly being waylaid by parents who show me their children and say: “Don’t you think they are perfect Renoirs?” And the extraordinary part is that they are! 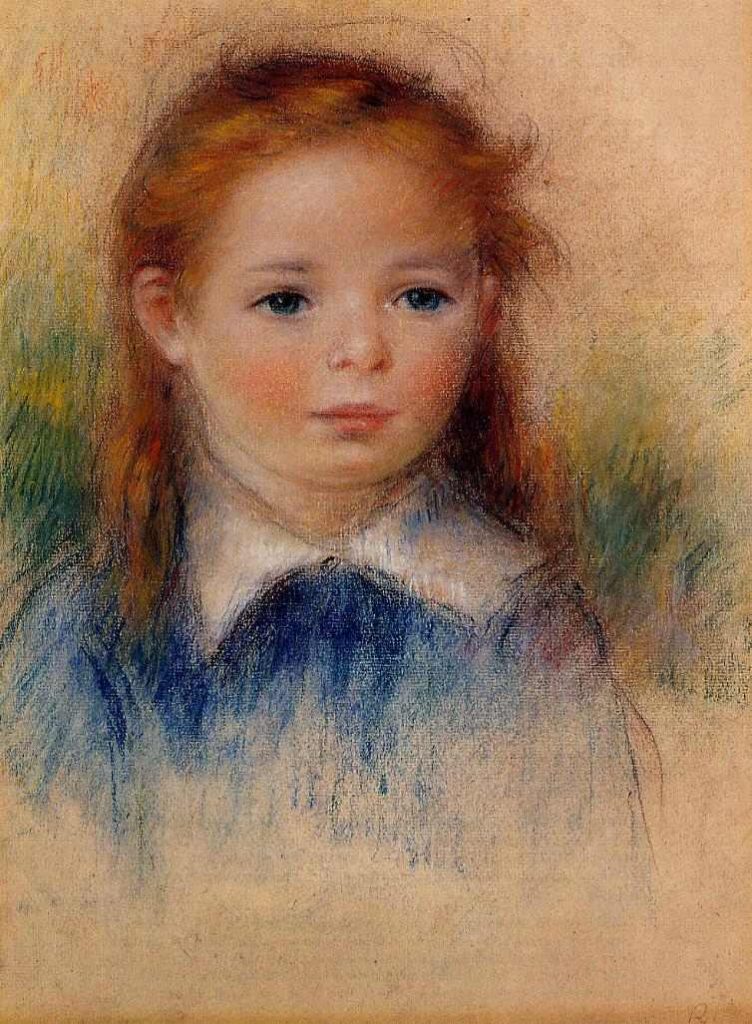 My father was opposed to all efforts to train young children.  He wanted them to make their first contacts with the world around them on their own…..He liked to think of a baby’s eyes gazing at the bright-color bodices of women; on cheerfully painted walls; on flowers, fruit, a mother’s healthy face. 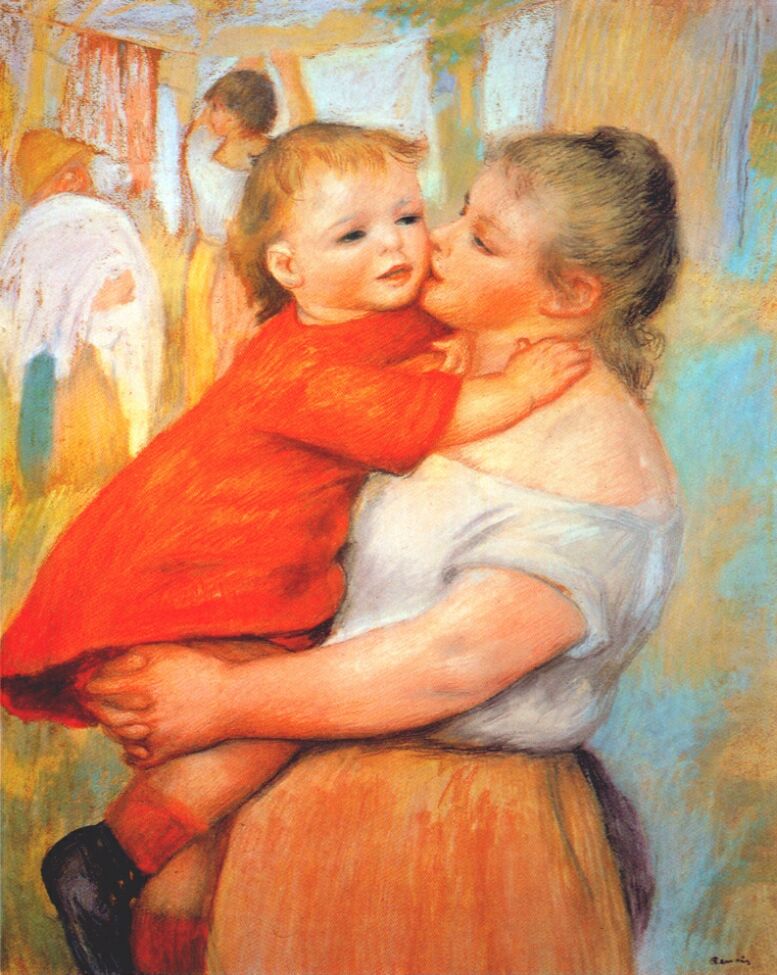 I was born in the Chateau des Brouillards on September 15, 1894, shortly after midnight.  When the midwife held me up, my mother exclaimed: “Heavens, how ugly! Take it away!”  My father said: “What a mouth; it’s a regular oven! He’ll be a glutton.” Alas his prediction was to come true…..

Gabrielle had been watching the proceedings but she had not been allowed to assist in any way.  She said, “I think he’s beautiful.” 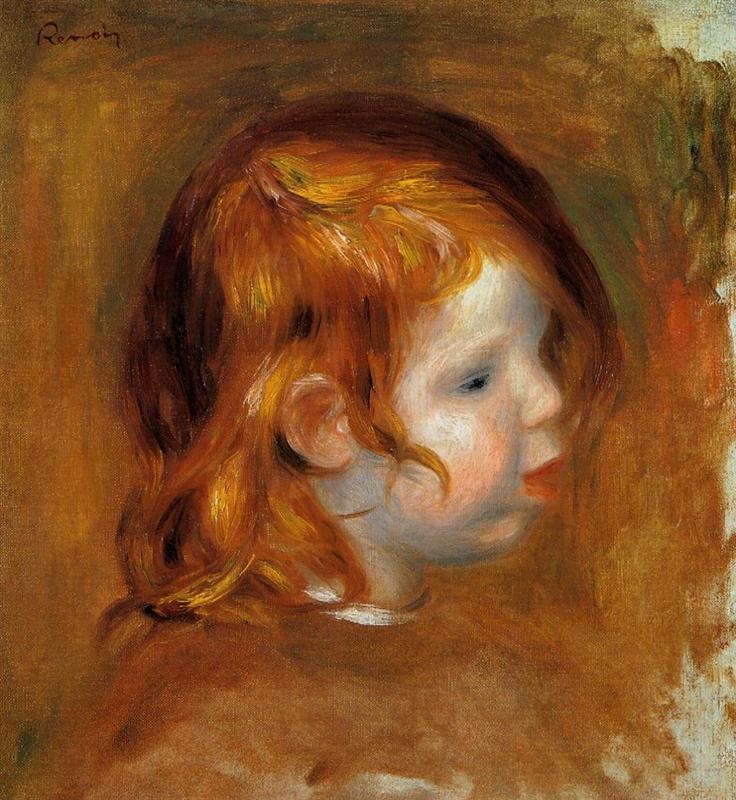 I was very much spoiled as a baby.  Although my mother disapproved, Gabrielle would carry me about everywhere.  The sight of the two of us in the streets of Montmartre was so familiar that Faivre used us as the subject for many of his drawings in Le Rire, of which he was one of the star artists.  Gabreille would show them to me, and say, “That’s not really you.  You’re much prettier than that!” 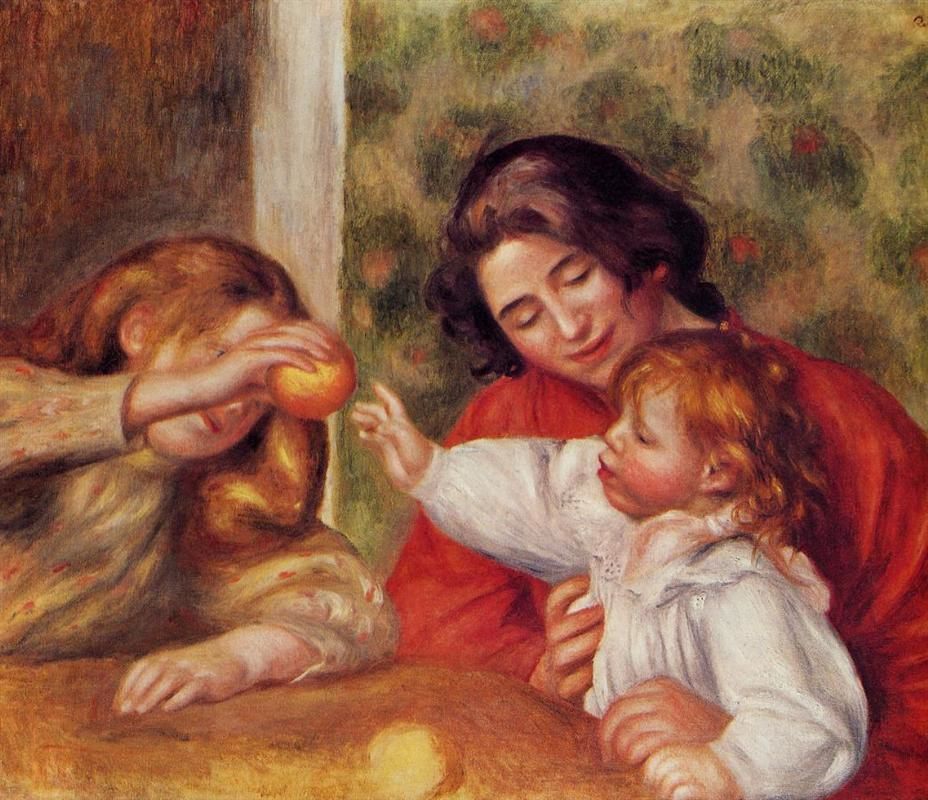 My father did not want me to have my hair cut when I was a little boy.  Certain of Renoir’s biographers have maintained that the reason he insisted on keeping my red hair long was that he liked to paint it. That is quite true; but there was another which had equal weight.  A thick head of hair affords considerable protection against falls or blows, as well as the danger from the sun’s rays. 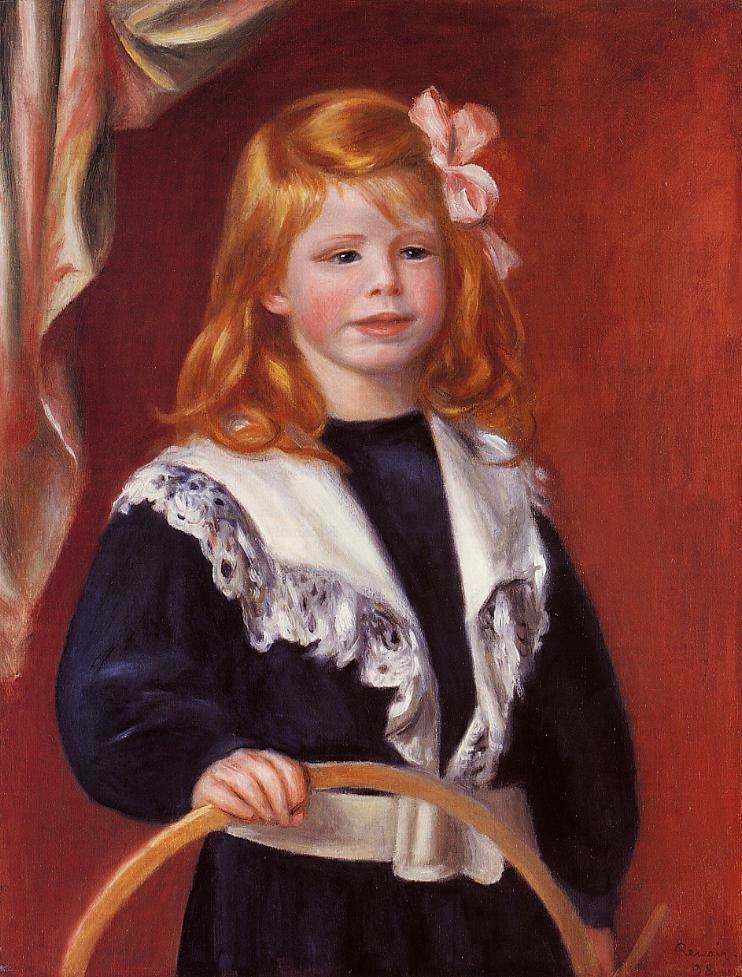 Pierre-Auguste Renoir, Portrait of Jean Renoir (A Child with a Hoop), 1898, oil on canvas, Private Collection

I remember some dramatic moments which marked out the final sittings for my portrait dressed as a clown in red.  I must have been about nine or ten years old; the costume was rounded off with white stockings which I stubbornly refused to put on.  My father demanded the stockings so that he could complete the painting; it was no good–they were itchy.  Then my mother brought in silk stockings; they tickled me…….Finally I agreed to put on some cotton stockings for a few moments; my father on the verge of exploding with fury, finished the painting in spite of the acrobatics I was doing to scratch myself. 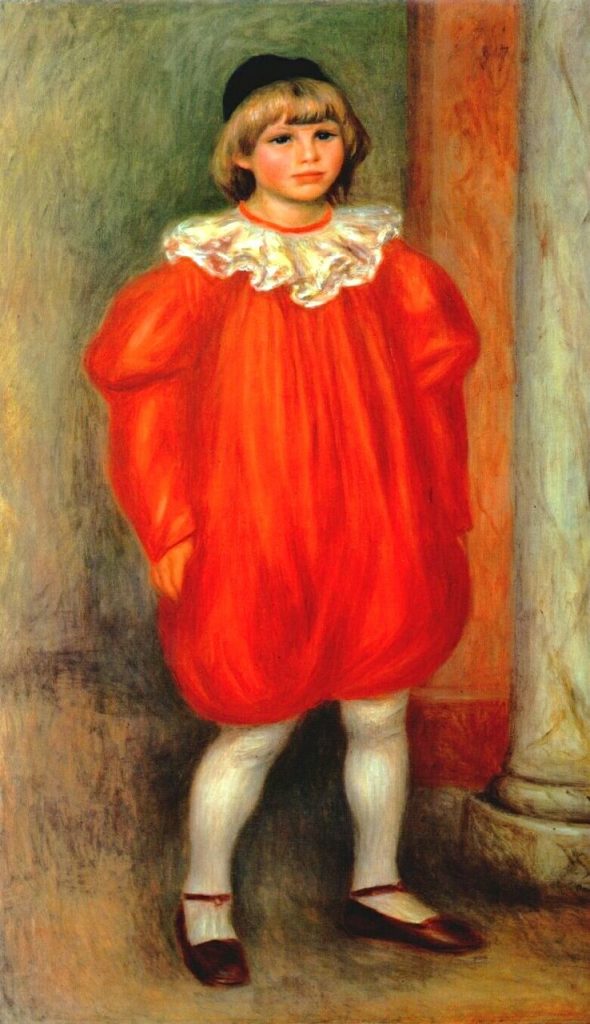 The quotes of Jean Renoir are from Renoir, My Father by Jean Renoir, translated by Randolph and Dorothy Weaver, Little, Brown and Company, Boston, Massachusetts, 1958.

The quote of Claude Renoir is from Renoir in the 20th Century by Claudia Einecke and other art historians, catalog of exhibition, Hatje Cantz, 2009.

And discover the visions of another Impressionist Claude Monet in Through an Artist’s Eyes: Learning to Live Creatively.