By Joan Hart on November 7, 2015 in Art Happenings

HAVE YOU SEEN RENOIR’S KITTENS?

A kitten is the delight of a household.  All day long a comedy is played out by an incomparable actor. 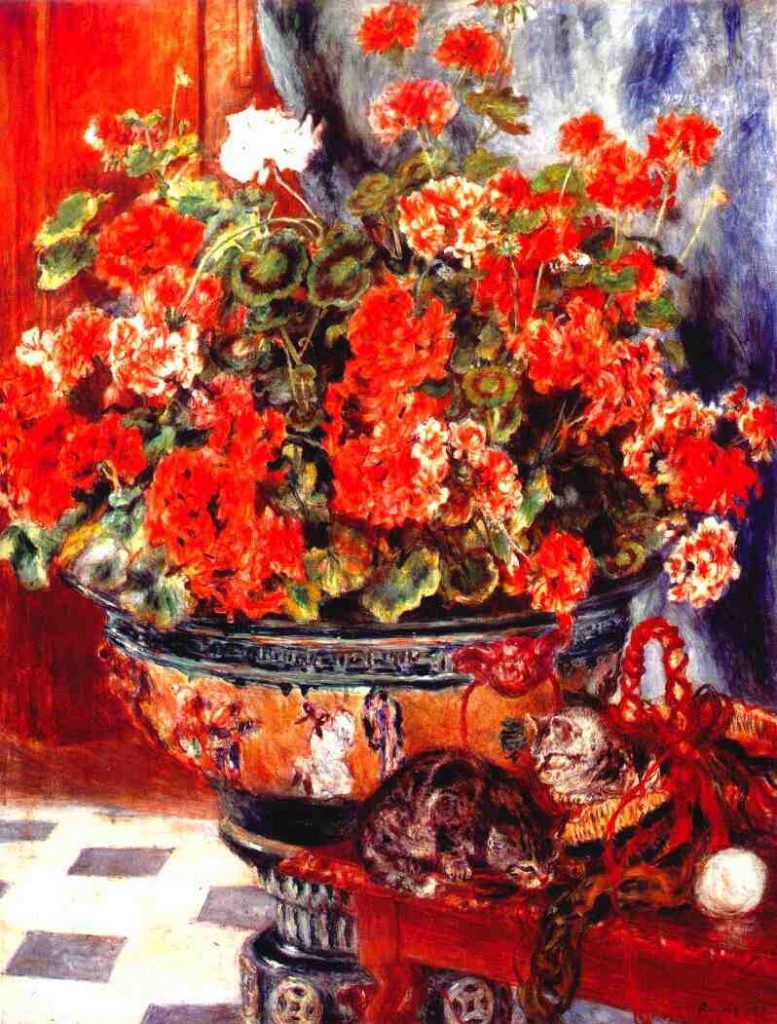 Impressionist master Pierre Auguste Renoir (1841-1919) must have been partial to the feline members of the animal realm including them in several  popular paintings such as Sleeping Girl with a Cat and Woman with a Cat (see links below).  However, in Geraniums with Cats, the artist has paired an impressive pot of flowers with what appears to be two mischievous kittens instead of the usual human companions.

Champfleury or Jules-Francois-Felix Fleury-Husson (1820-1899) was both an author as well as art critic, an avid supporter of Gustave Courbet and the then revolutionary style of Realism.  Although most of Champfleury’s writings are not well known today, his volume The Cat, Past and Present has endured more than a century after its publication.

Through An Artist’s Eyes: Cats, Cats, and More Cats

Woman with a Cat: National Gallery of Art

And discover the visions of Renoir’s friend and colleague Monet in Through an Artist’s Eyes: Learning to Live Creatively.