A RIVAL TO RENOIR?

There are perhaps no days of our childhood we lived so fully as those we spent with a favorite book.* 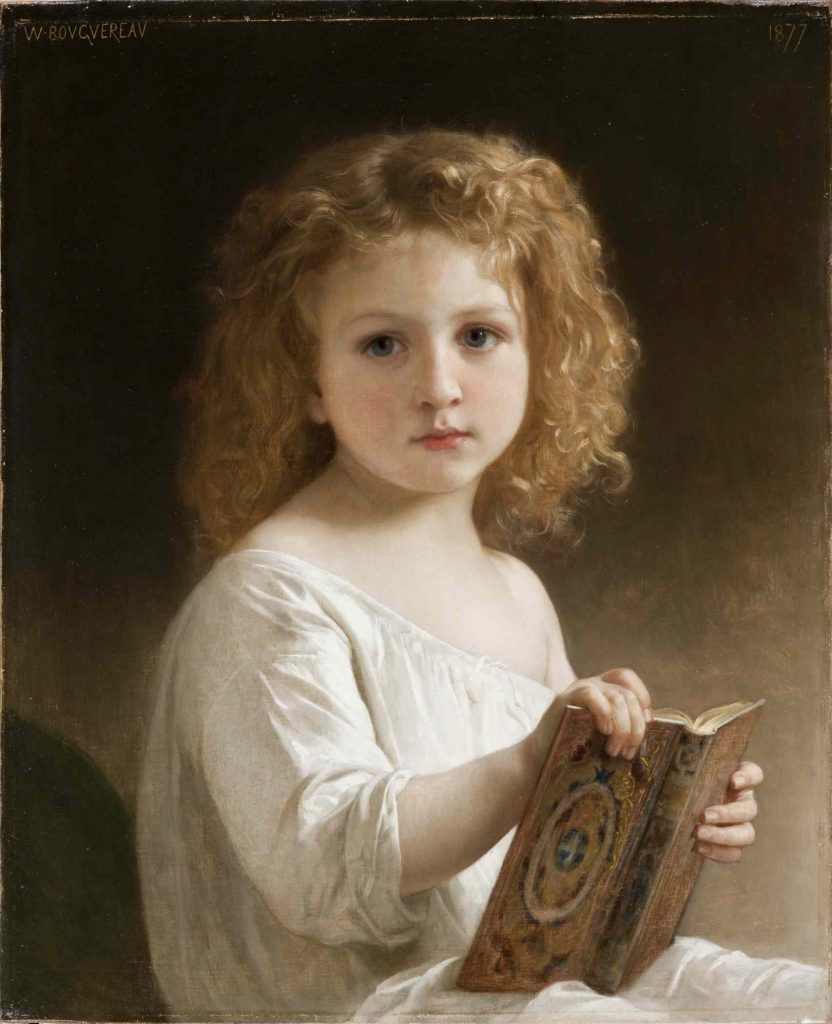 The moving portraits of children by Impressionists Renoir and Cassatt may have millions of fans today, but works like The Story Book by French Academic painter William-Adolphe Bouguereau (1825-1905)  were probably preferred by most members of the general public in Paris some 150 years ago.  What is your opinion? Or is it difficult to choose between two different styles and visions?

Marcel Proust’s seven volume masterpiece Remembrance of Things Past begins with Swann’s Way and the early days of childhood. Proust (1871-1922) is counted among the literary giants of France; his novels have been adapted to film several times in recent years.

*Quote is from Proust’s On Reading.

The Soothing Song of Angels

A Rendezvous in Paris

Explore your own memories in the chapter True Self, New Self in Through an Artist’s Eyes: Learning to Live Creatively.