Here’s a chance to meet the children of Paul Berard. 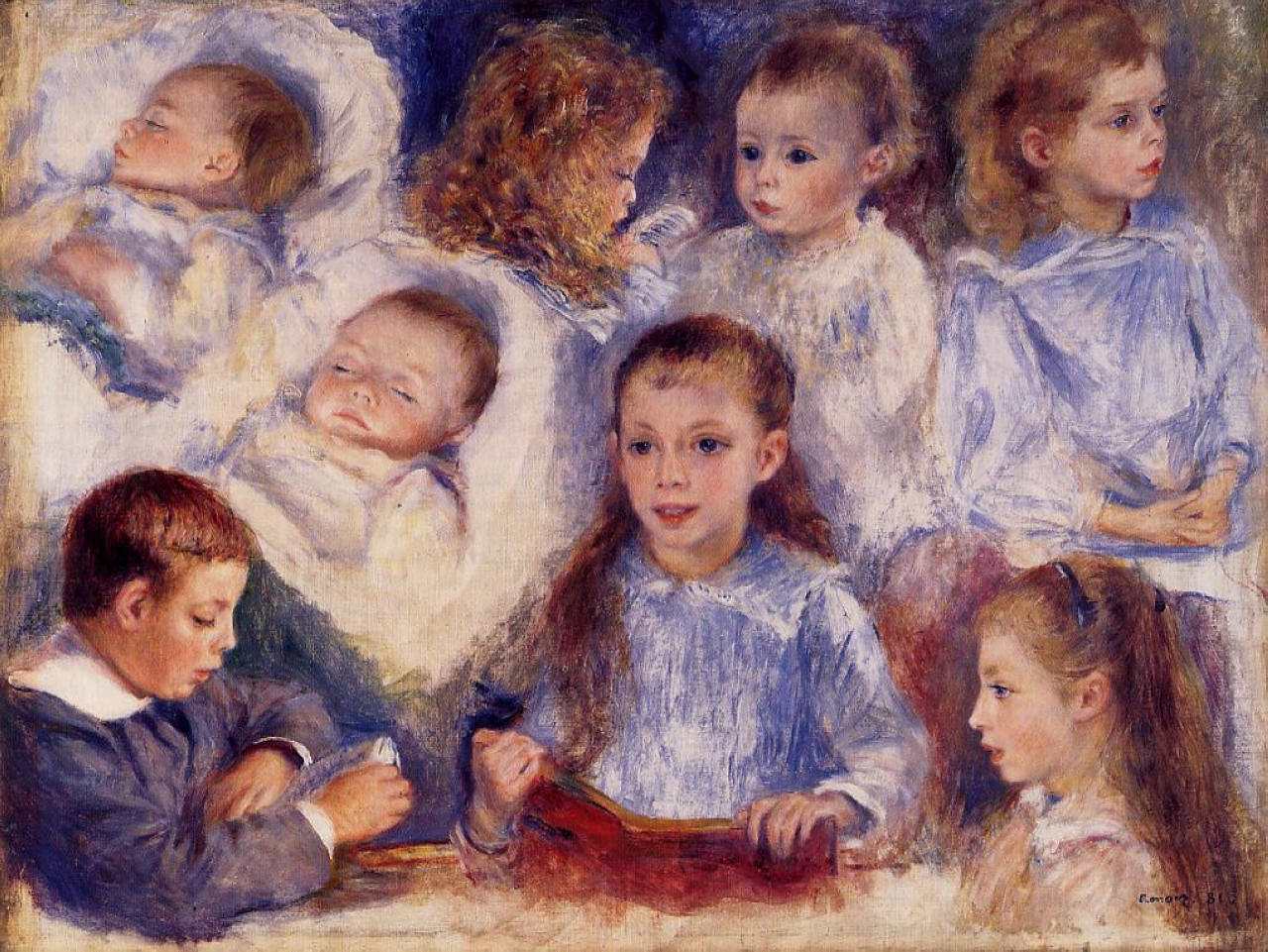 A family album unfolds before us. The Berard children, like snapshots, move miraculously across the painted page.  So lifelike, they seem to actually breathe, from the angelic baby sleeping soundly to the elder brother just below who studiously reads his book.  Or their sisters posing nearby, in profile, frontally, or turned away; happy, then serious, even pensive, their moods changing with each passing hour.

Renoir (1841-1919), who created this study of the Berard children in 1881, would soon be a father himself with the birth of his son Pierre four years later, followed by Jean (1894) and Claude (1901). All three boys would become the center of the artist’s universe and his art.

(Note: Paul Berard, a French banker and diplomat, was a generous patron of Renoir, inviting the painter to his Normandy estate Wargemont for several summers.)

*Description of Studies of Berard Children is from The Smile of a Child: Children in Art by Joan Hart, Museum One, Inc., Alexandria, VA, 1993.