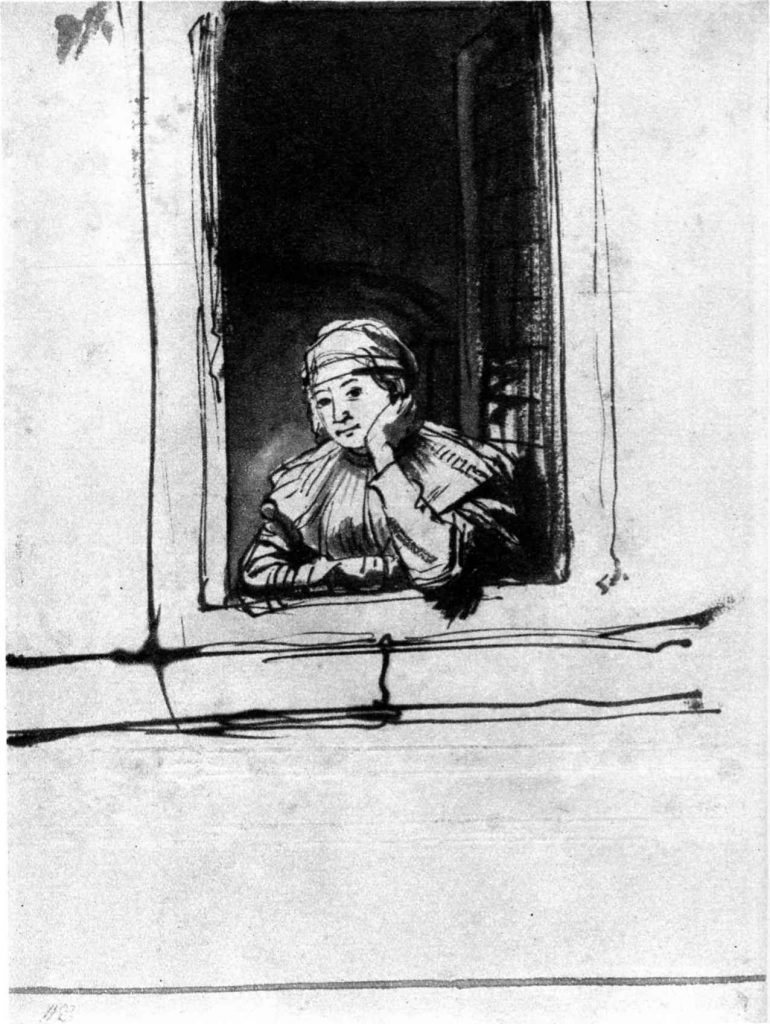 Sometimes an artist places himself on the opposite side of the window, looking inward, to the space he usually occupies. In this case, Rembrandt’s wife Saskia leans forward from the opening of the bedroom or some other room in their home in Amsterdam.  She smiles pleasantly at her husband, seeming undisturbed that he might be interrupting her own activities that day. Rembrandt, though, was a genius of portraiture, and it probably took mere hours (if not less) to immortalize the features of the face he loved in this pen drawing.

The couple was married for some ten years and Saskia appeared to be a cooperative subject in her husband’s many portrayals, even when she was ill—a frequent occurrence during her brief life span of 29 years.