Click on the works of art to ENHANCE or ENLARGE them.

Redon may not be as famous as his contemporaries the Impressionists, but his paintings, pastels, and lithographs offer us access into another dimension where dreams and reality merge. 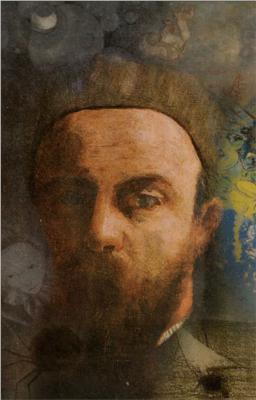 CHILDHOOD—THE HOUSE OF SHADOWS:   Bertrand Redon, father, French businessman; Marie-Odile Redon, mother, Creole, from Louisiana. Difficult early years. Wealthy parents, but said to be neglected by them; raised primarily by uncle in large home in remote section of southwestern France, “where I sought out the shadows…taking a deep and unusual joy hiding under the big curtains and dark corners of the house.”

ADULTHOOD:   Marriage to Camille Falte on May 1, 1880, met her at a salon for artists; son Ari born in April 1889; created portraits of both family members, especially his wife. Ari would join military to fight in World War I in 1914, two years before his father’s death. 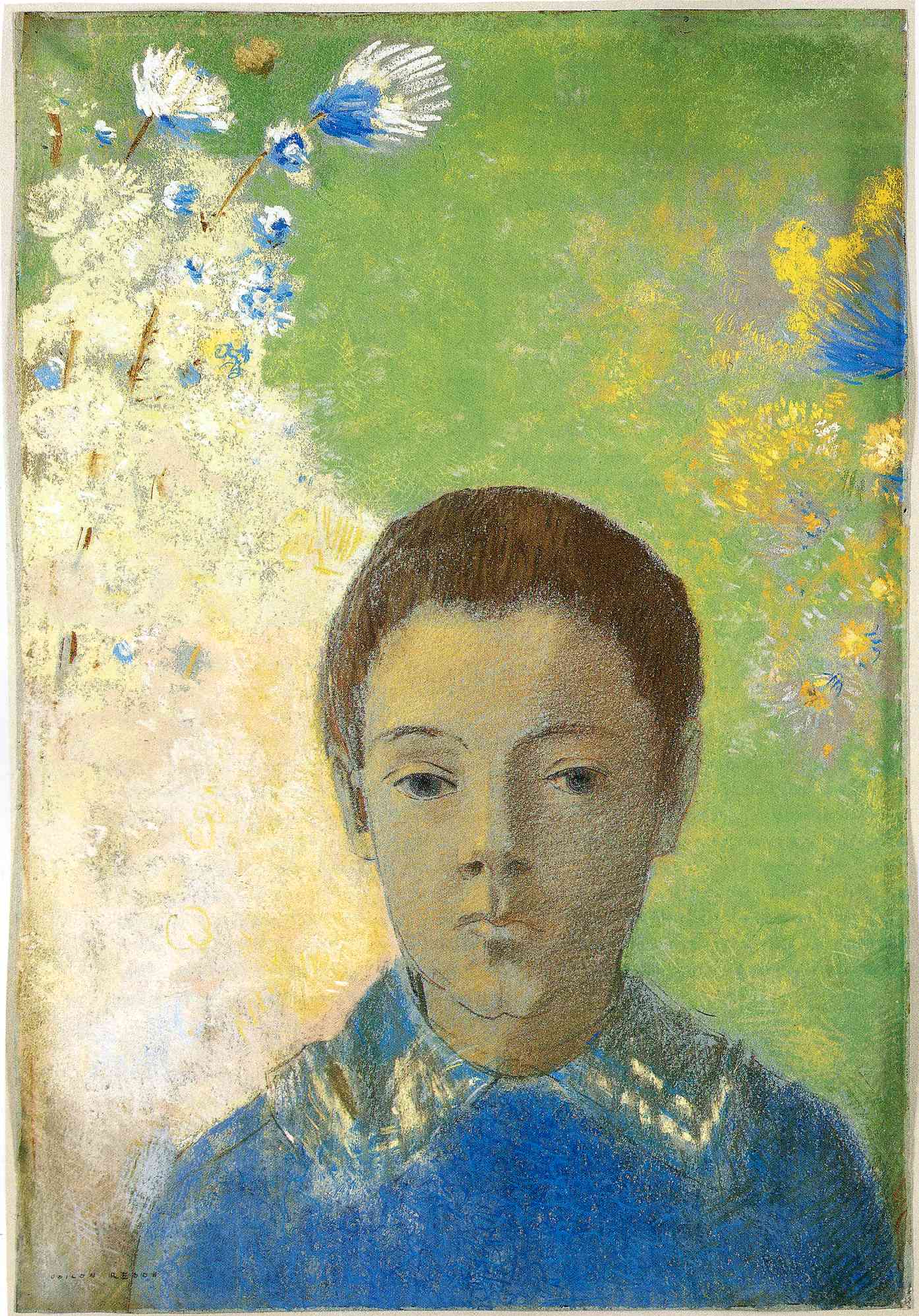 ARTISTIC CAREER—BASIC BLACK TO FLOWER POWER:   Took drawing lessons in his teens.  Unhappy experience in early art studies including failure as architecture student and drop-out from academic studio of respected painter Jean-Leon Gerome in whose studio “I was tortured by the Professor.”  Attracted to mentors who believed in the combination of the imaginary and fantastic with observation of nature—Rodolphe Bresdin who taught him lithography and Armand Clavard, a botanist and advocate of writers like Edgar Allan Poe and Charles Baudelaire.

Success slow, first major retrospective not until his fifties in 1894.  First phase of his career known for dark, mysterious NOIRS, in which“black is the most essential of all colors,” worked mainly in charcoals and lithography, 1870s and 1880s; transitional period in 1890s, increasingly introducing a spectrum of COLORS that “contain a joy which relaxes me; besides, they sway me toward something different and new.”  With coming of 20th century, FLOWERS become important subject, unsurpassed in intensity and beauty.

Redon’s imagination was initially stirred by the haunting tales of Edgar Allan Poe,

as well as his own inner revelations represented in Vision,

Yet, Redon would ultimately replace the black and white tones of a work like Boat in the Moonlight with the rainbow palette of The Mysterious Boat, 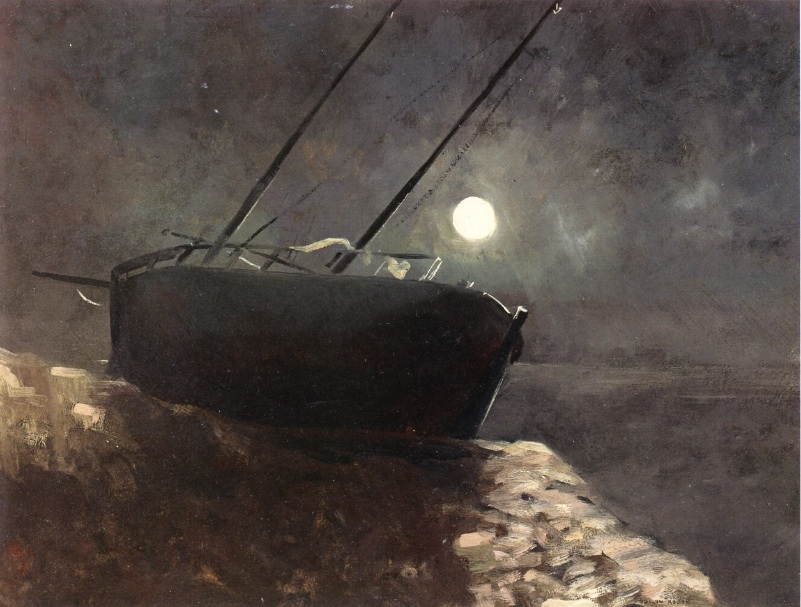 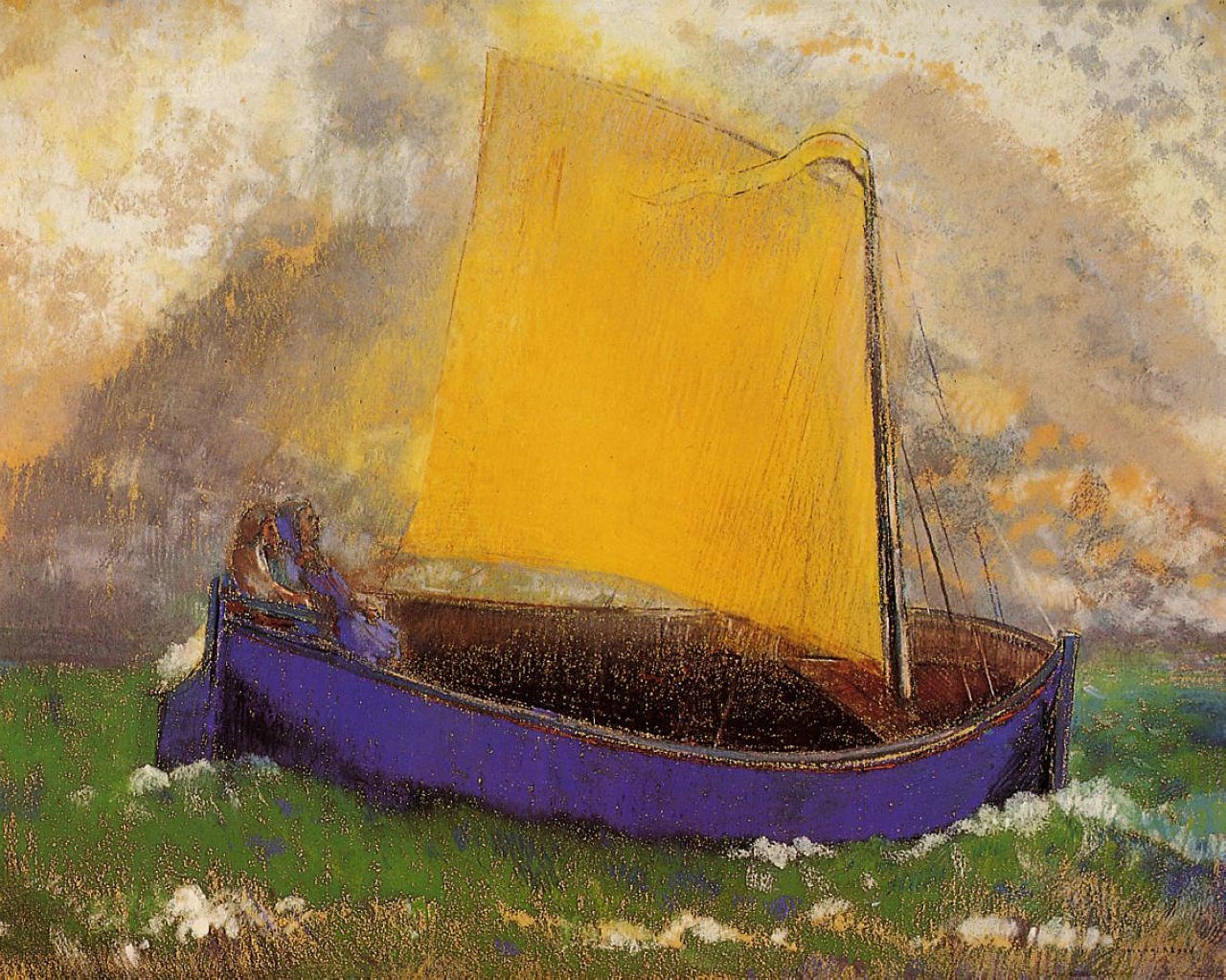 So that by his late career, Redon’s fantastic colors would dominate his works of art, from the mythological stallion Pegasus, 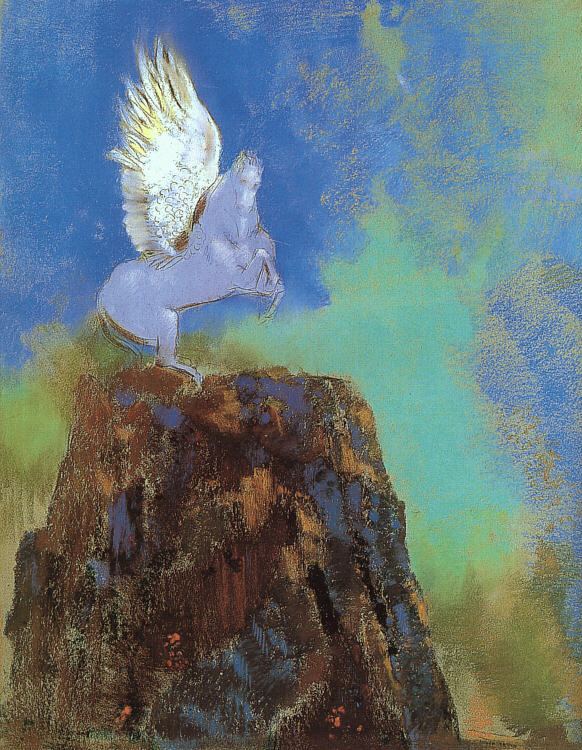 to a young girl, the daughter of a patron, 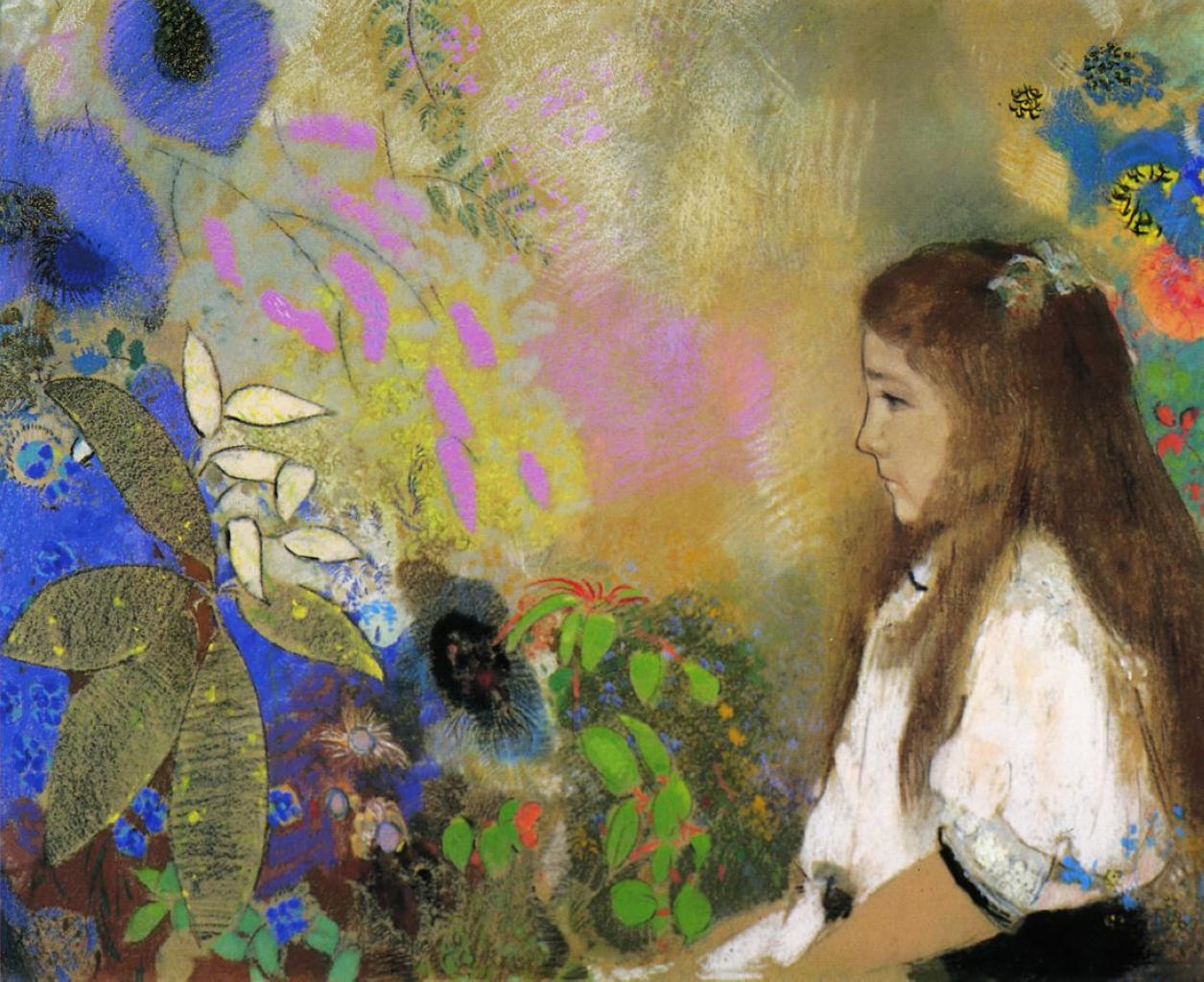 culminating in his otherworldly flowers. 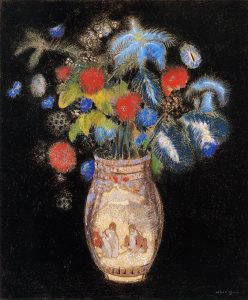 “I do not see why it is said that Odilon Redon paints monsters.  They are imaginary beings.  He is a dreamer, an imaginative spirit.”*Paul Gauguin