Click on the Silence by Odilon Redon to enlarge or enhance it.

No trumpets sound when the important decisions of our life are made.  Destiny is made silently. 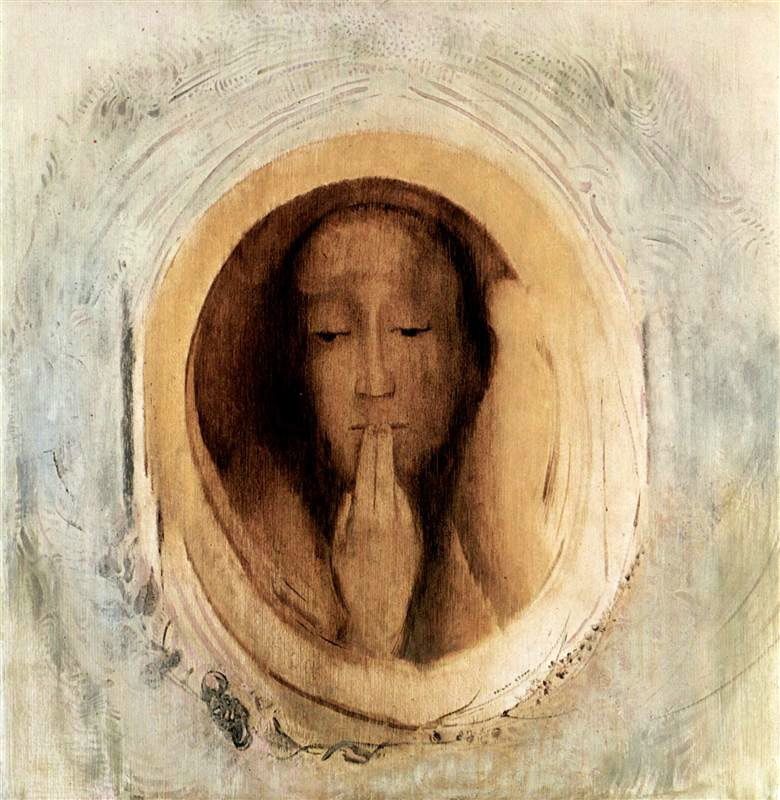 Few artists can rival Symbolist Odilon Redon (1840-1916) for his mysterious and dream-like creations like Silence above, reflections of the inner world of the mind.  His early works are mainly done in charcoal or lithography.  However, later he transforms his visions, using a spectrum of vibrant, at times electric colors.

Agnes de Mille (1905-1993) was one of the pioneer of modern dance, both performing and choreographing masterpieces such as the ground-breaking Rodeo (set to the music of Aaron Copland) as well as musicals Oklahoma, Carousel, Paint Your Wagon, among others.