Reposting of a previous blog.

AWAKENINGS ALONG THE SEINE 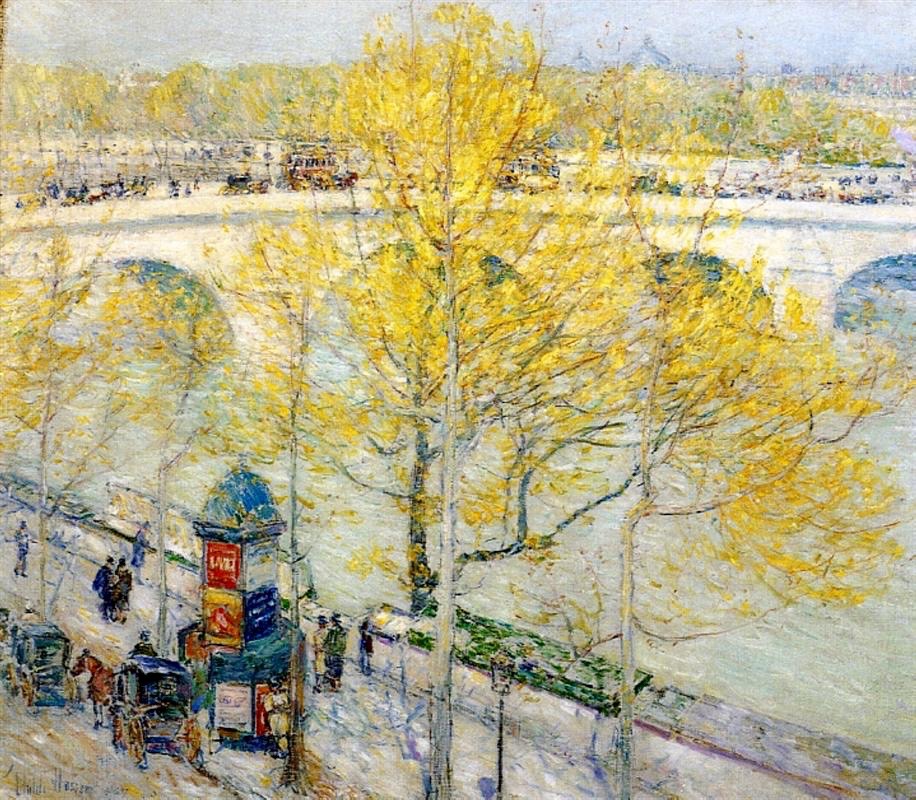 A Light exists in spring

Not present on the year

At any other period

When March is scarcely here.

Both American Impressionist Childe Hassam (1859-1935) and poet Emily Dickinson (1830-1886) were from New England.  In contrast to Hassam, who traveled widely, Dickinson rarely left her Amherst home in Massachusetts.  Yet the two have captured the essence of early spring above, one in words, the other in paint.