IN THE VALLEY OF THE QUEENS

Today, visual art is often perceived as a separate entity, its domain the art museum or gallery, where it is displayed in permanent as well as special exhibitions, ultimately reviewed by a professionally educated critic.  Even in virtual  media such as the Internet, it is classified and categorized on websites, usually based on history or theme or form.

In ancient civilizations, though, art as we know it did not really exist.  What we now call ART was integral to every level and function of society—and even essential to its survival.  The pyramids of the Egyptians, for instance, were not constructed to be critiqued and admired; instead they represented the center of the Egyptians’ lives—the immortality of the pharaoh, supremely divine and ruler of all the gods.  These magnificent tombs filled with treasure were prepared for the pharaoh to aid him in the successful journey to the afterlife, ensuring that his kingdom’s lands would continue to be fertile, thus guaranteeing the good health and welfare of its inhabitants.

Excerpt from What is Art?, Through an Artist’s Eyes: Learning to Live Creatively 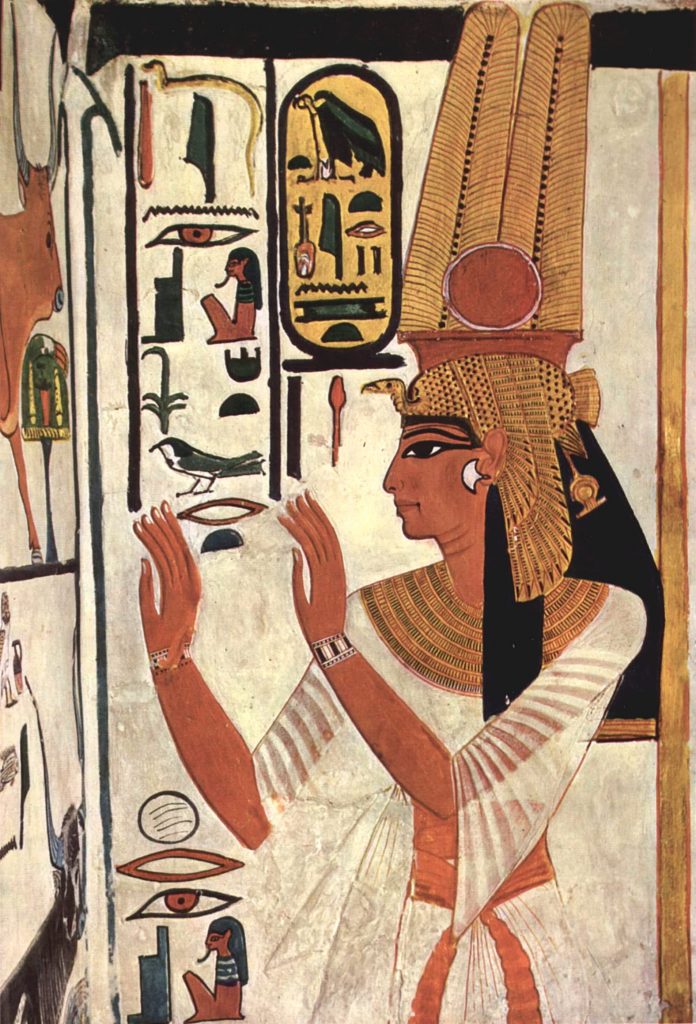 Have you heard of Queen Nefertari whose name can be easily confused with the more famous royal consort, Nefertiti?  The wife of one of Egypt’s greatest pharaohs Ramesses II, her burial place is in the Valley of the Queens. Although the tomb was looted long ago, its resplendent wall paintings have survived, preserving for posterity Nefertari’s dancer-like image as she appears in the afterlife.

Search for the meaning of art and life in Through an Artist’s Eyes: Learning to Live Creatively.