Once in a dream I saw the flowers

That bud and bloom in Paradise;

More fair they are than waking eyes

Have seen in all this world of ours.

And faint the perfume-bearing rose,

And faint the lily on its stem,

And faint the perfect violet 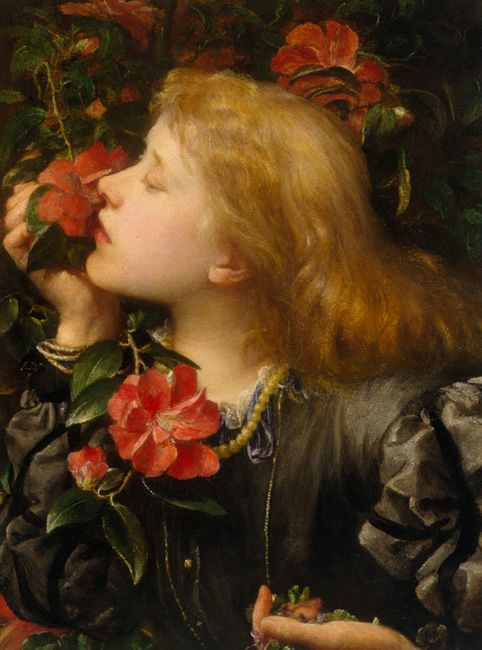 British painter George Frederic Watts, like William Morris (see: March 24 blog), was never officially a member of the Pre-Raphaelite Brotherhood led by Dante Gabriel Rossetti.  Yet his exquisite Choosing above, created in 1864, reflects the artist’s admiration of Rossetti’s romanticized portraits of women. Watts’ teenage bride, actress Ellen Terry is the model; she would leave her middle aged husband within a year, returning to the London stage and stardom.

Christina Rossetti (1830-1894), the author of Paradise: In A Dream (an excerpt quoted above), was the sister of Dante Gabriel and an acknowledged poet whose works appeared in Pre-Raphaelite publications.

Discover the beauty of the world around you with Through an Artist’s Eyes: Learning to Live Creatively!