DOWN TO THE SEA AGAIN 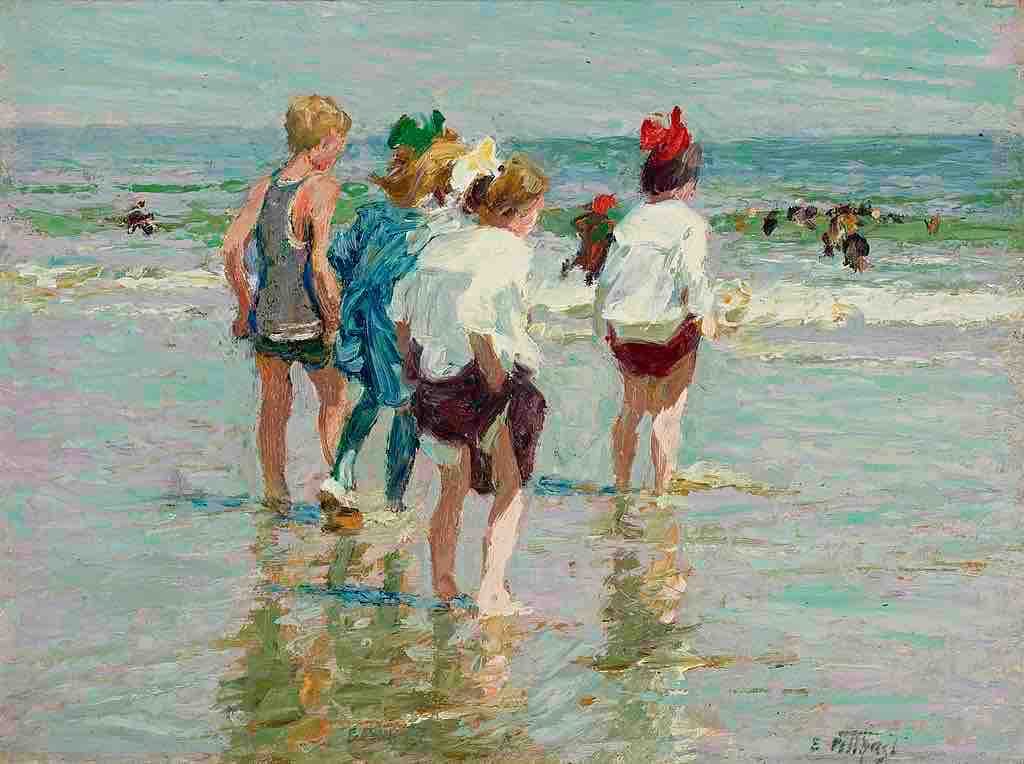 I must go down to the sea again, for the call of the running tide

Is a wild call and a clear call that may not be denied:

And all I ask is a windy day with the white clouds flying,

And the flung spray and the blown spume, and the sea gulls crying.

Have you heard of American artist Edward Henry Potthast (1857-1827)? He is an American Impressionist, whose base was New York City, often depicting its residents and other vacationers enjoying leisure time activities.  British writer John Masefield (1878-1967) embarked on his first ocean voyage as a youth; later he became England’s poet laureate for almost 40 years.