CELEBRITIES OF THE GILDED AGE

I have dreamed all along of a peaceful life….How many times have I forsaken this way of life, but on stage as Thais.  Now I have decided to realize it….* 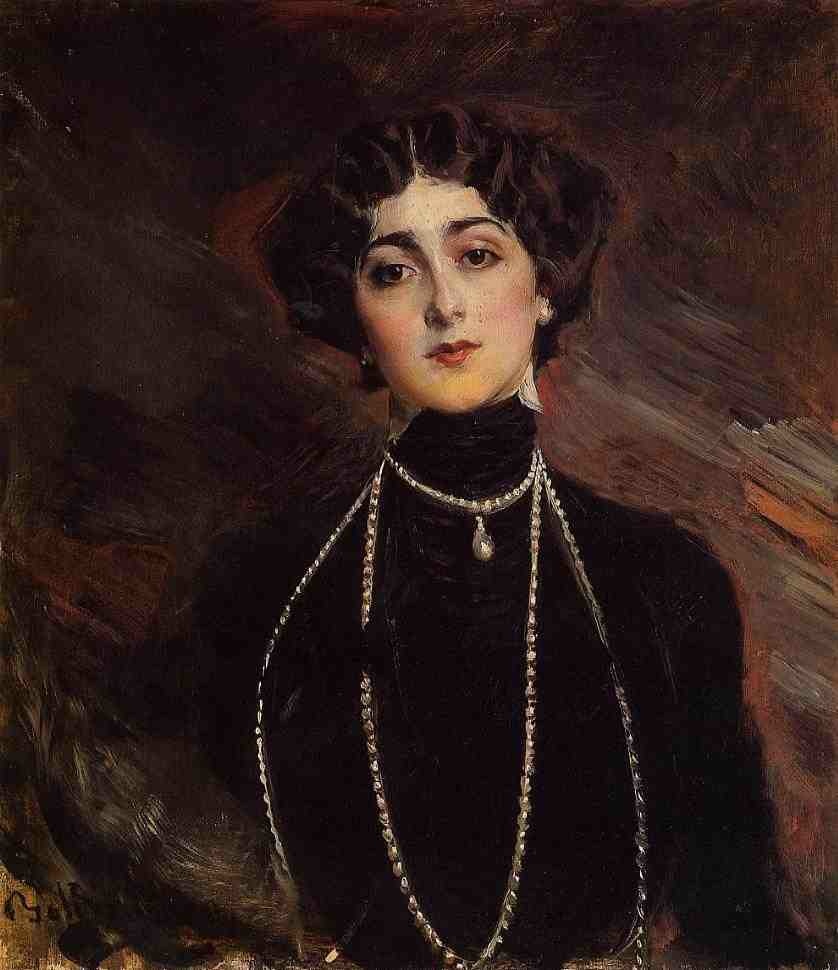 I’ve been recently preparing for a presentation on the Gilded Age, so I thought I would focus this week on a few of the rich, famous, and super-celebrities of this period as interpreted by talented artists such as John Singer Sargent and Giovanni Boldini.  For the last couple of years, the soulful image of Lina Cavalieri above by Boldini has appeared several times during my search for paintings to use on my blog.

Cavalieri (1874-1944), an Italian opera diva, would certainly rival any of the reigning media stars today, not only for her success in her field, but also for her extraordinary beauty.  Her personal lifestyle, too, would decidedly attract attention even in 2015.  Married 4 times, her spouses included a Russian prince and an heir of the wealthy Astor family. By the age of 40, Cavalieri had retired from the operatic stage, although she then launched a career advertising cosmetics. She made several silent films as well in both Italy and the United States.  In 1944, she was killed in a bombing raid in Florence during World War II, reportedly while trying to save her priceless jewelry collection.

Italian born Giovanni Boldini (1842-1931) established a reputation as a society portraitist during the height of the Gilded Age, from the late 1800s into the early 20th century.  His clientele ranged from royalty and their spouses (Conseulo Vanderbilt, Duchess of Marlborough) to actresses (Sarah Bernhardt) to fellow artists or composers (John Singer Sargent and Guiseppe Verdi).

This work of art is in the U.S. public domain.

art appreciation, art of portraiture, art of the Gilded Age, opera and art