You can see me taking a picture of myself!

Henri Evenepoel, Letter to his father 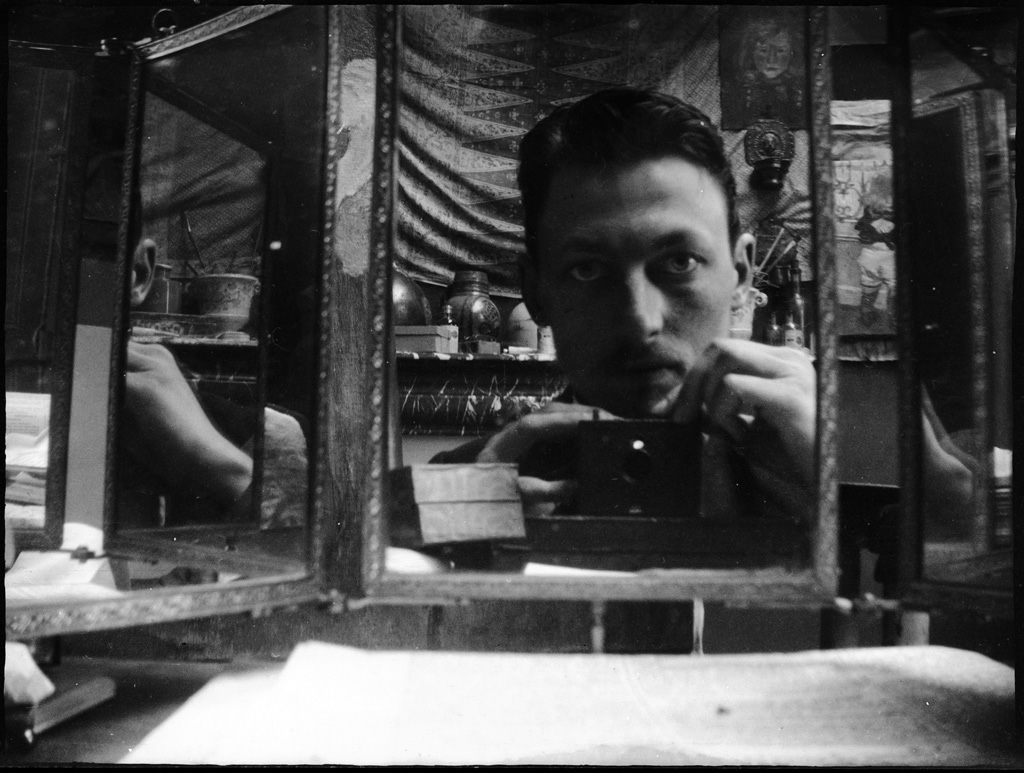 Belgian Henri Evenepoel was only 26 in 1898 when he took this hypnotic photo of himself in Paris–with an early Kodak hand-held  camera in front of a three way mirror. He must have been excited by the prospects of the new century in both art and technology.   Among his friends was Henri Matisse, who at his death in1954 would be praised as one of the world’s artistic giants.

However, Evenepoel died of typhoid fever, within a year of his innovative self portrait.  He was mourned by contemporary critics for his talent as a painter (photography was not yet acknowledged as a creative medium) but then mainly forgotten. Until he surfaced again in a special exhibition appropriately called Snapshot: Painters and Photography, Bonnard to Vuillard that toured museums such as the Phillips Collection in Washington, D.C. and the Van Gogh Museum in Amsterdam in 2011-2012.

Photography in art, self portraits in art, unknown artists