Click on the work of art to enhance it. 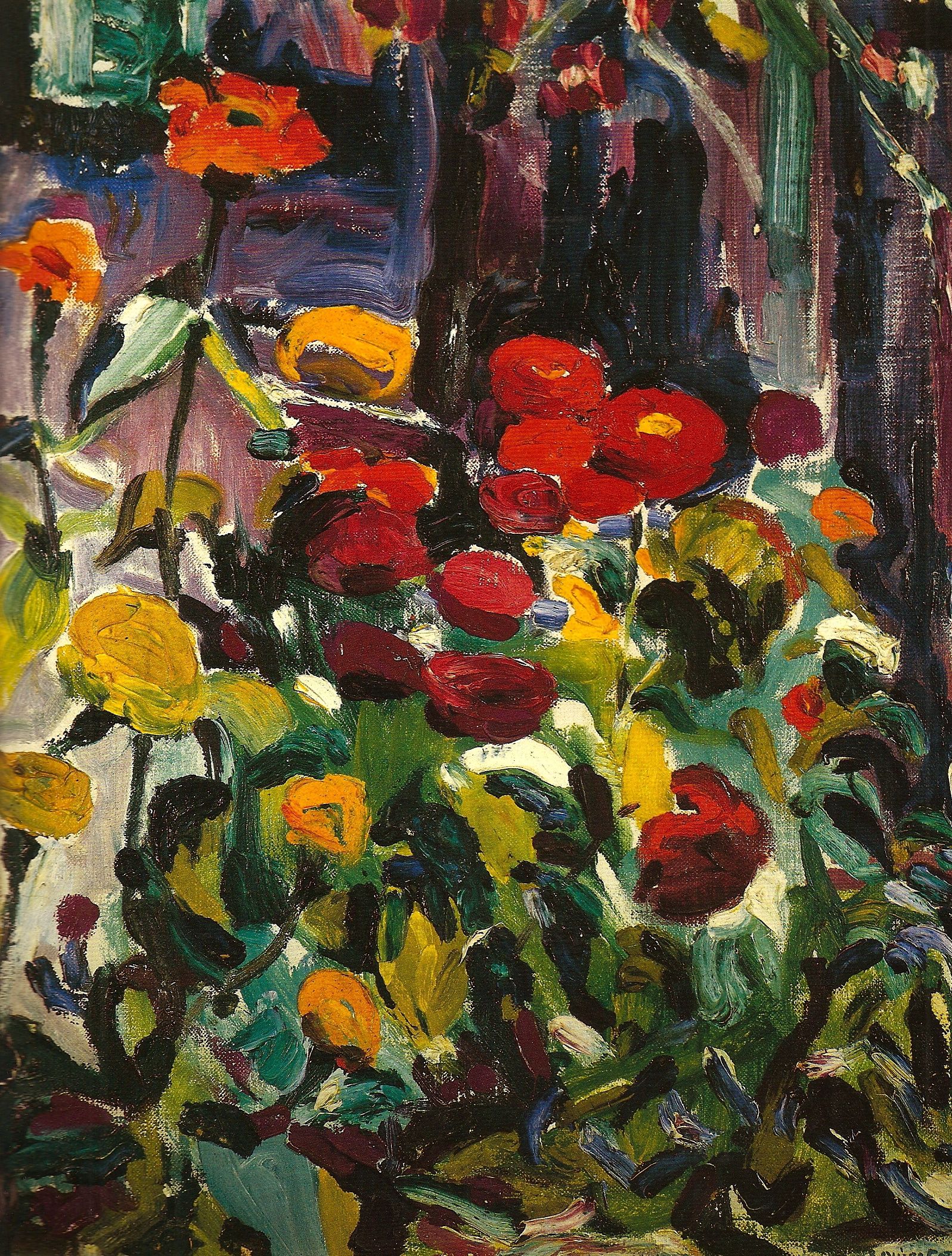 Have you ever discovered an unexpected treasure in one of the storage spaces of your home? The vibrant, multi-colored Poppies by Louise Herreshoff (1876-1967) was found, along with several of the artist’s other paintings, in her attic and basement after she died in 1967. The movers employed by Washington and Lee University were actually sent to pack Herreshoff’s priceless porcelain collection that she had donated to the college; they were surprised by the numerous dust-covered pictures and only saved them because of their frames.*

Fortunately, the artistry of Herreshoff was quickly recognized by the staff at Washington and Lee; her works are now part of the school’s Euchlin D.Reeves Collection, named after her husband who was a graduate of its law center.  However, true fame still eludes Herreshoff.  A book has been written about her called A Fragile Union,** an account of her love for Reeves, whom she married when she was 66 and he was 38. Otherwise, few resources are available both in print and on the internet.

I was drawn to Herreshoff because I happened to see a reproduction of Poppies in American Women Artists, the catalogue of an exhibition held at the National Museum of Women in the Arts in Washington, D.C.  From her biography, I learned she  was originally from Rhode island and took art classes beginning at 6, later studying primarily in France where she attended the prestigious Academie Julian in Paris in 1899.  By the early 20th century, she was back in the United States and appears to be a respected artist, exhibiting in major museum venues such as the Pennsylvania Academy of the Fine Arts and the Rhode Island School of Design.

Then, after the death of her aunt (who had raised her as a child), Herreshoff abruptly ceased painting in 1927; for the next 40 years, she dedicated herself to collecting porcelain and other objects of art.  Do you wonder why?

*From an article in the November 17, 1977 edition of the newspaper The Hour.

**A Fragile Union: The Story of Louise Herreshoff by James W. Whitehead (with forward by Tom Wolfe), C.D. Whitehead, Publishers, no location given, 2006.  It can be purchased on amazon.com.

***Biography of Louise Herreshoff is in American Women Artists 1830-1930 (catalogue of the same exhibition), published by The National Museum of Women in the Arts, Washington, D.C., 1987.

And don’t forget our book Through an Artist’s Eyes: Learning to Live Creatively!