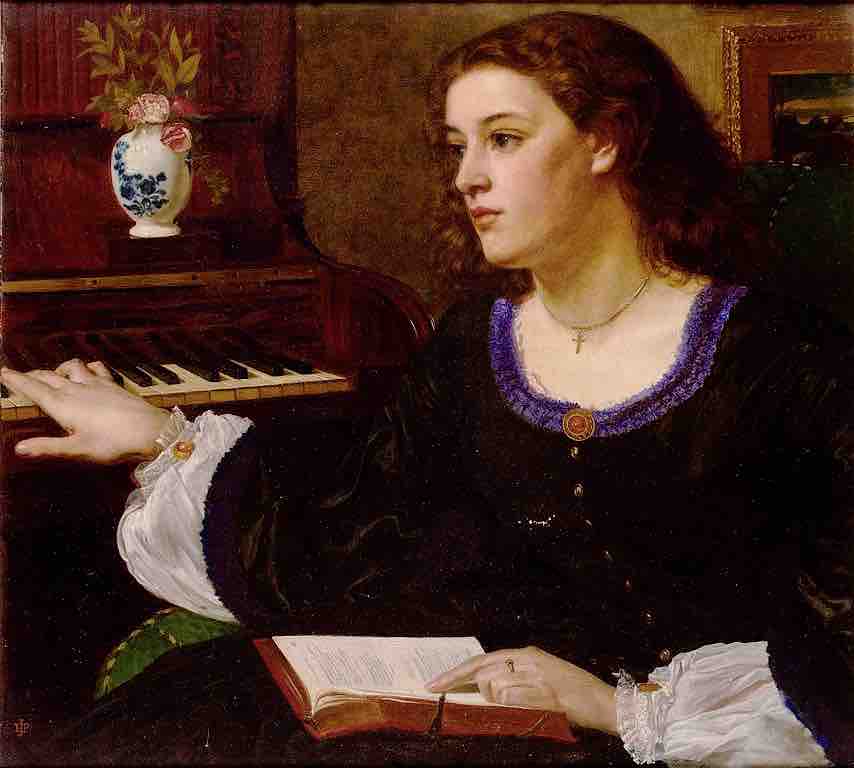 British artist Edward Poynter (1836-1919) earned fame for his historical paintings.  However, he also created some memorable interpretations of women such as the haunting A Day Dream above.  Below is a portrait of his soon to be wife Agnes Macdonald, who was an accomplished pianist.  Do you think she posed or at least was the inspiration for A Day Dream (although Macdonald’s portrayal was done about three years later). 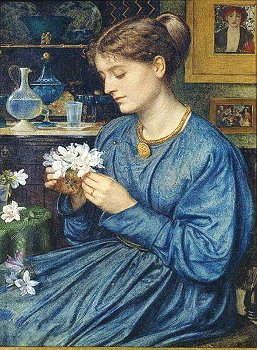