I’m reviving a blog I featured in March 2014 on Swedish artist Carl Larsson (1853-1919)—an artist-illustrator whose popularity among his own countrymen is comparable to Americans’ love for Norman Rockwell today. He is included in a presentation I’m giving to my classes called Nordic Impressions.

Larsson and his wife Karin, near the end of the 19th century, settled into Lilla Hyttnas, a cottage given to them by her father, which they eventually redecorated and enlarged as their family grew during the next decades.

Here’s a mini-gallery of that household by Larsson, beginning with this playful self portrait with Brita, the fifth of his seven surviving children.

In contrast, a contemplative Karin pauses on a garden path, in a rare moment away from her 4 girls and 3 boys. 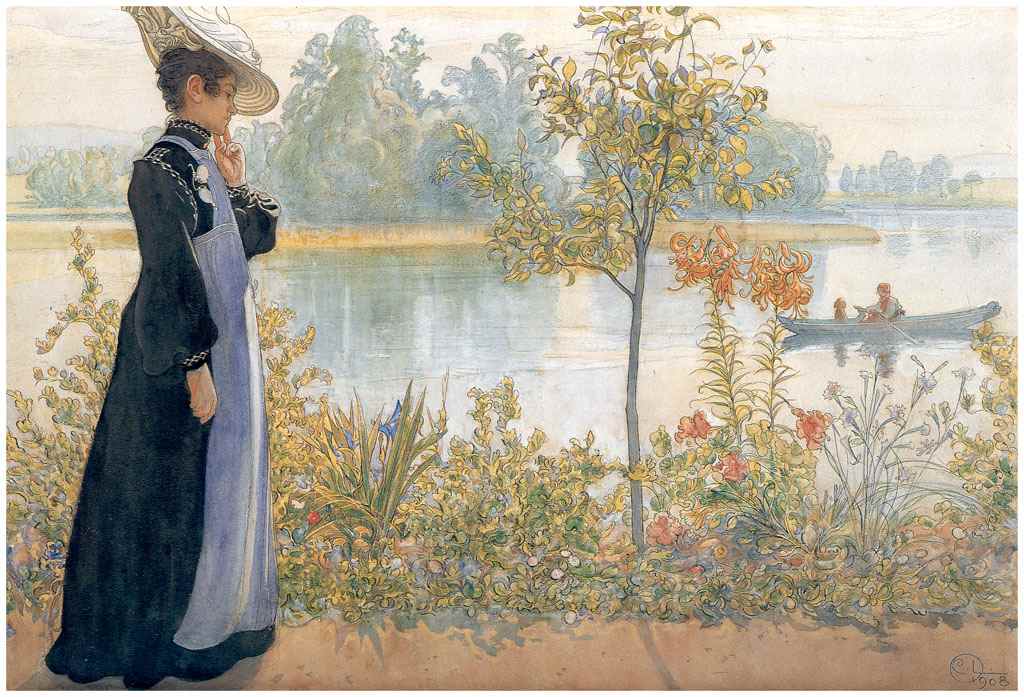 Karin, who was trained in art academies and schools in Stockholm, stopped painting early in her marriage.  However, she redirected her creativity into designing the rooms of her home, from the lively patterns and fresh colors of Brita’s Forty Winks (can you see Brita sleeping in the corner of the bedroom?), 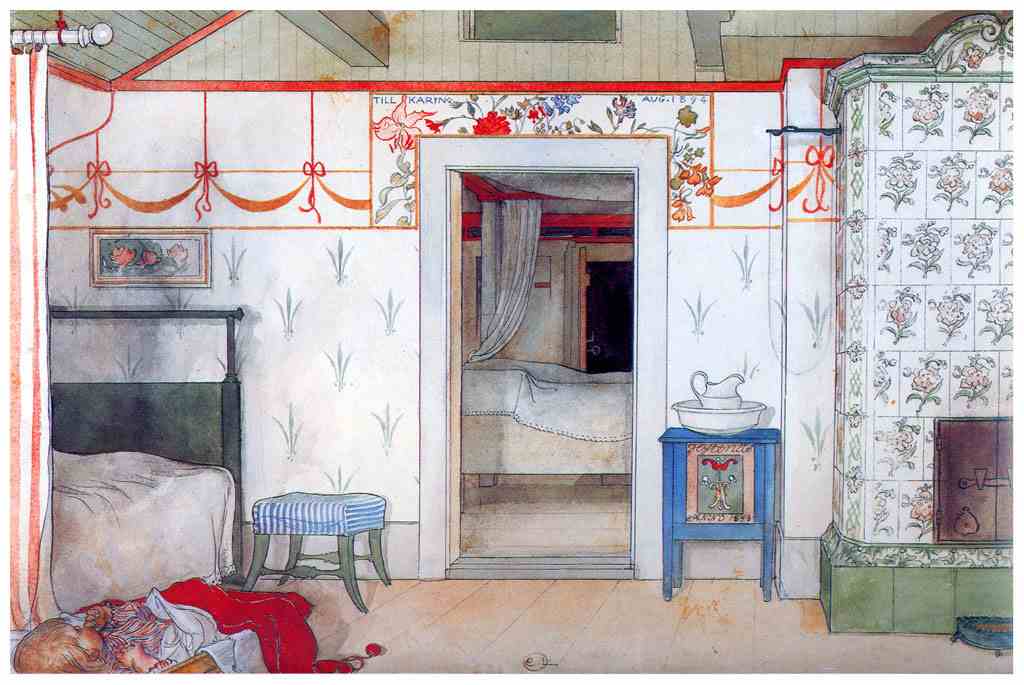 to the more solid green and brown tones of the dining room, that serves as a backdrop to the sad dilemma of an unnamed daughter in A Late Riser’s Miserable Breakfast. 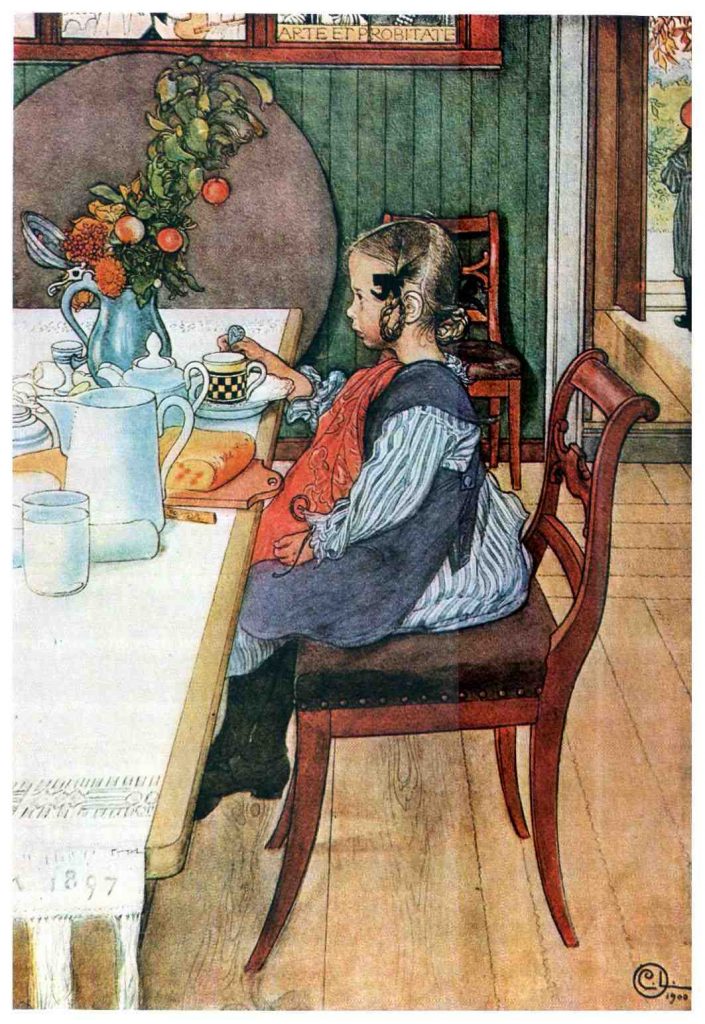 Cozy Corner like Brita’s Forty Winks is from Carl Larsson’s album Our House, a watercolor series that has been a bestseller into the 21st century.  The drawing room below was the core of the Larsson residence where Karin made certain that she and her brood could relax in a comfortable blending of blue stripe upholstery and beige covered walls.  And also a perfect place for a dog to nap! 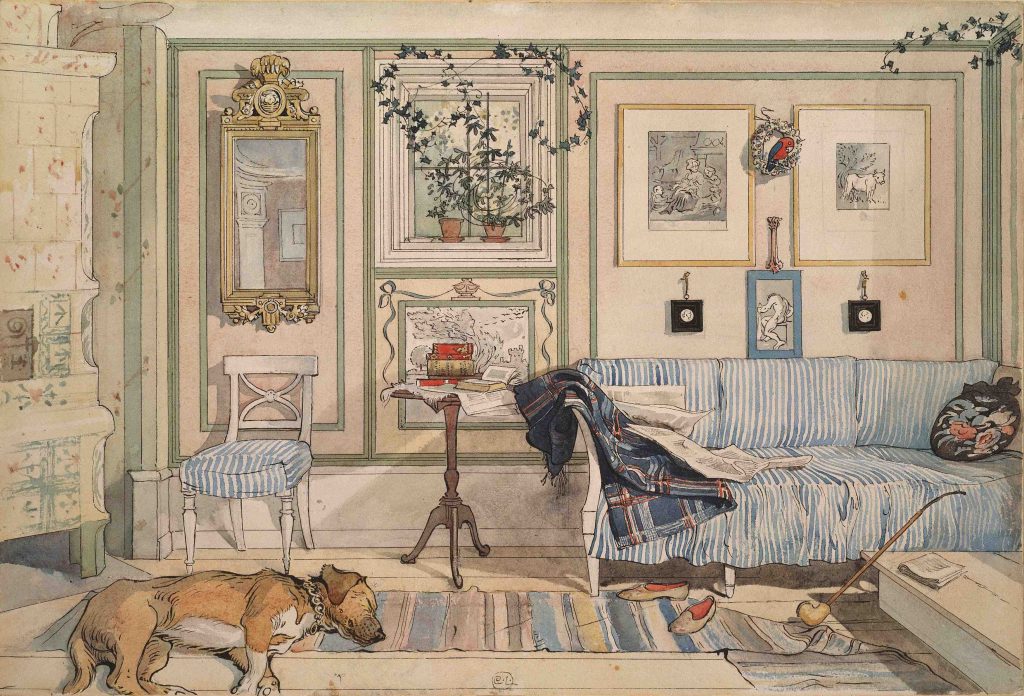 Karin was also responsible for the furnishings of Lilla Hyttnas such as the bright pink desk set at which Esbjorn, her youngest son, is supposed to be studying.  Instead he appears lost in a daydream, seemingly unaware that his father, who is reflected in the mirror, is sketching him. 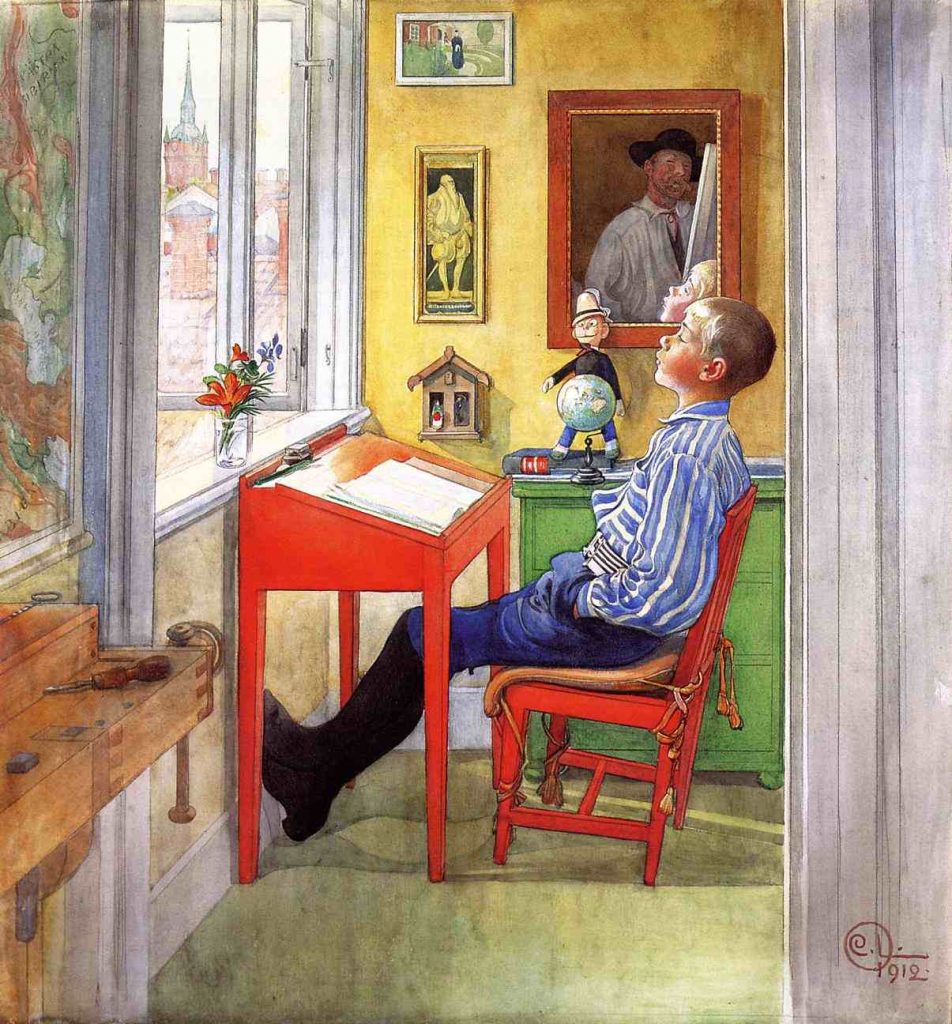 The Larsson house is now a popular museum in Sundborn, Sweden that draws crowds of visitors every year.