Please click on the work of art to ENLARGE it.

THROUGH THE EYES OF EDWARD HOPPER

I would like to do sunlight that is just sunlight in itself perhaps.  But it has to be—sunlight that has to take on some natural form.  I did a picture and that was a problem that came up….It was to be sunlight on those faces and figures, and predominantly sunlight, and it ended up being the figures themselves with not too much sunlight on them. 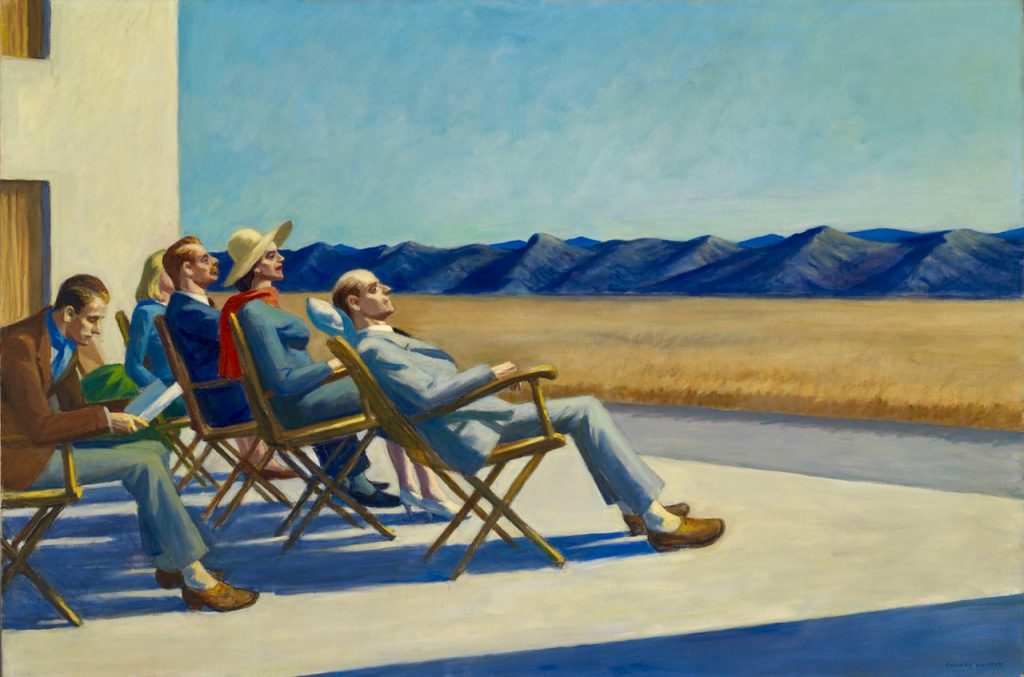 I’ve always been intrigued by American master Edward Hopper’s People in the Sun above at the Smithsonian National Museum of American Art in Washington, D.C.  Who is this group of rather formally dressed sunbathers?  Is one of them the artist himself—the tall, balding man in the front?*  Where is the location?  In the desert of Arizona where Hopper and his wife painter Jo Nivison had driven on a cross-country tour of the United States?  And what is the painting’s meaning?

Although his Nighthawks below is a superstar today among the world’s masterpieces, People in the Sun is perhaps more representative of Hopper’s true love—sunshine.

Click on Nighthawks and compare the two works, done some 20 years apart. 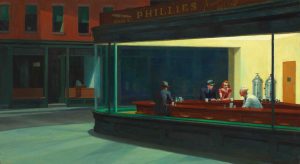 **The reproduction of Nighthawks is in the public domain.