PAUL KLEE: INSIDE THE HEARTS OF ANGELS

THE ARTIST & THE ART OF SELF-HEALING, II

In this world I cannot be reached.  Since I reside easily with the dead, as with the unborn.  Somewhat closer to the heart of creation than usual. And still not nearly close enough.

Paul Klee, inscription on his grave

For 5 years Paul Klee (1879-1940) was dying from the debilitating disease of scleroderma. Forced to flee Germany in 1933 because of the Nazi condemnation of his art, Klee resettled in his original home of Bern, Switzerland. Then in 1935, he began to suffer the painful symptoms of the fatal illness.

But instead of Klee’s creative output declining, it actually increased as he approached the year of his death in 1940: 264 works in 1937, 489 in 1938, and an astonishing 1,253 in 1939.*  Angels in particular emerge from his imagination during this period, drawn in fluid lines with pencil on paper. Humble apparitions, with far from heavenly titles, Unfinished Angel, Poor Angel, and even an angel Who Has Not Yet Been Taught to Walk. Or the whimsical, shy and slightly off balance Forgetful Angel below, perhaps a symbolic self portrait of Klee, who is still not quite ready for paradise. 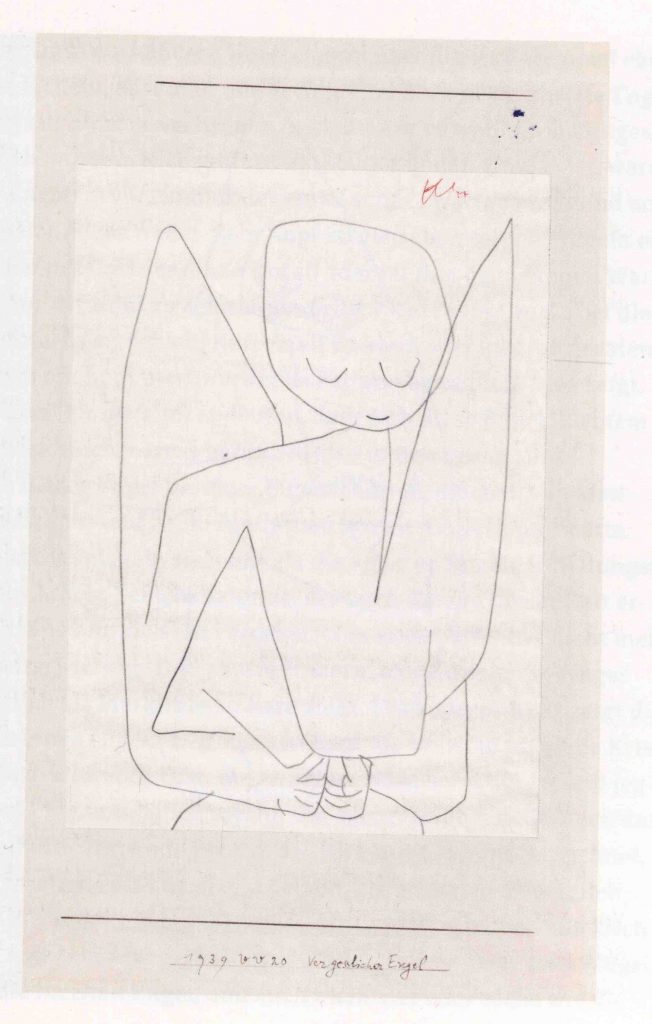 *The source for these statistics is Klee by Will Grohmann, Harry N. Abrams, Inc., Publishers, New York, n.d.