By Joan Hart on December 3, 2014 in Art Happenings

Click on the works of art to ENLARGE and ENHANCE them.

THE ART OF FOOD, PART II

Why not sample a Van Gogh and Gauguin? Or discover Clara Peeter’s masterpieces? Or enter William Merritt Chase’s kitchen?

Flemish painter Clara Peeter (1594-c. 1657) may not be a household name today, but Still Life with Cheese, Artichoke, and Cherries might earn her an invitation to the Food Network.  She barely wastes an inch of space, stacking the hearty cheeses and butter slabs (resembling potato chips at the top) into the mini-tower that could easily topple. As if attempting to balance the humble staples of daily living with the more exotic artichoke and precious salt, possibly indicating religious symbolism. Whatever Peeter’s intent, her skill reproducing textures and colors was superb, guaranteeing her success in seventeenth century Flanders, where she began her artistic career at 14. 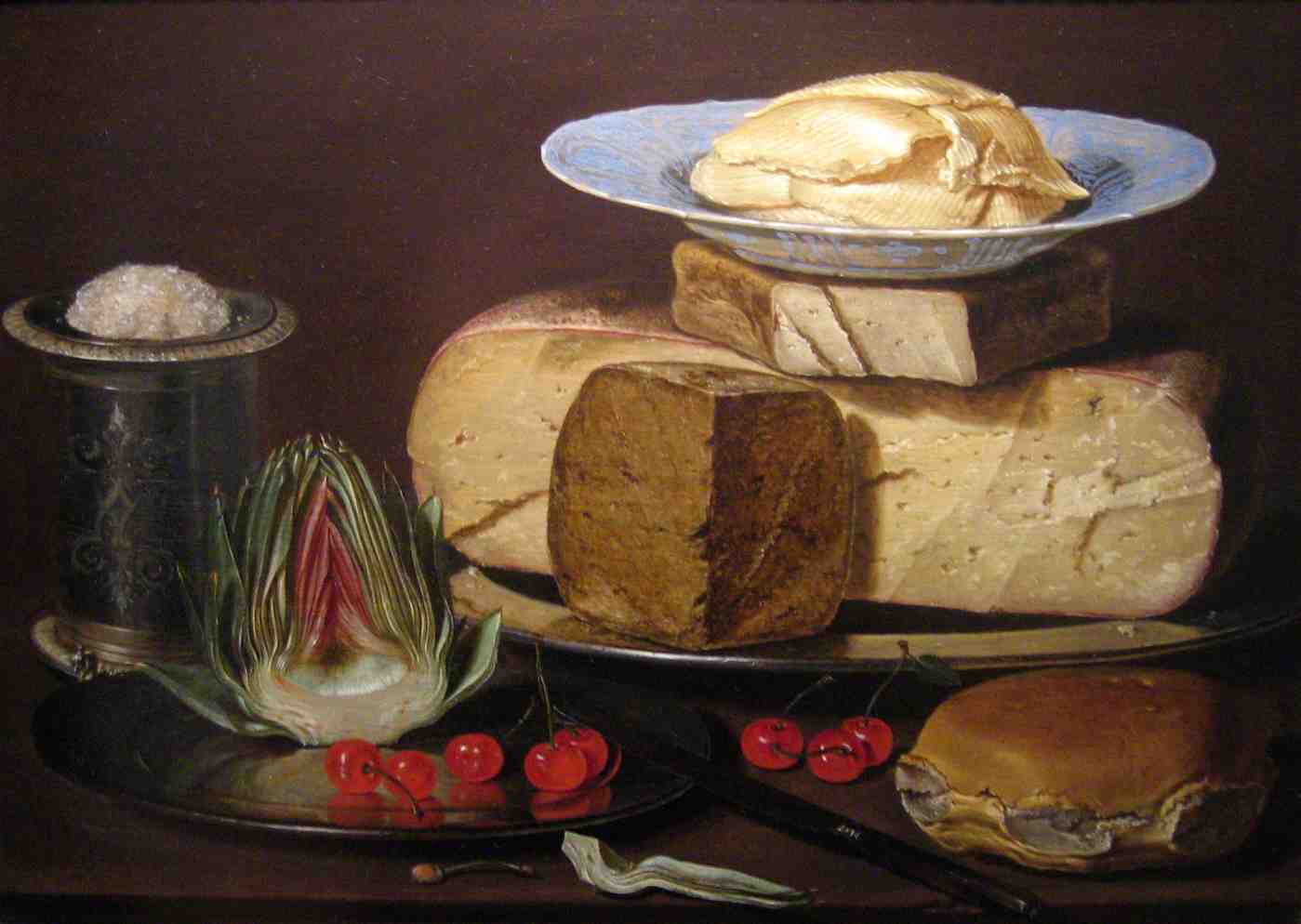 Vincent van Gogh’s eating habits were decidedly simpler than Peeter’s still lifes; sometimes he could only afford bread and coffee. However, he did create several paintings featuring seafood including mussels, shrimp, herrings, and crabs. For instance, Mackerels, Lemons, and Tomatoes is a healthy dish done in Paris in 1886 which should have been beneficial for Vincent’s chronically bad teeth. The combination of a vegetable, fruit, and fish would be approved by any dietitian; the tomatoes especially attract the eye, enriched by the warm red of the Impressionists whose style he was beginning to adopt.

Yet, do the expressions on the faces of the main course make you uncomfortable?  Was Vincent perhaps identifying too closely with their fate?

Whereas Vincent’s friend Paul Gauguin (1848-1903), often liked to challenge his viewers with the contents of a meal. Is The Ham, for example, somewhat startling, suspended in mid-air, only hanging by the wallpaper decoration—a trick of optical illusion?  Or does it actually seem secure, supported along with the purplish wine and petite onions by a metal table (although the reliability of the legs might be questioned)?

The configuration, too, of Gauguin’s entree intrigues all potential diners, forcing them to consider what they are about to consume. On the surface, decidedly meat, resembling a steak, in its patterns of marbling.  Although is it essentially suspect, especially when Gauguin is the chef? Particularly the strange  attachment at the end to our left?  A bone perhaps? Or an outgrowth of Gauguin’s own imagination? 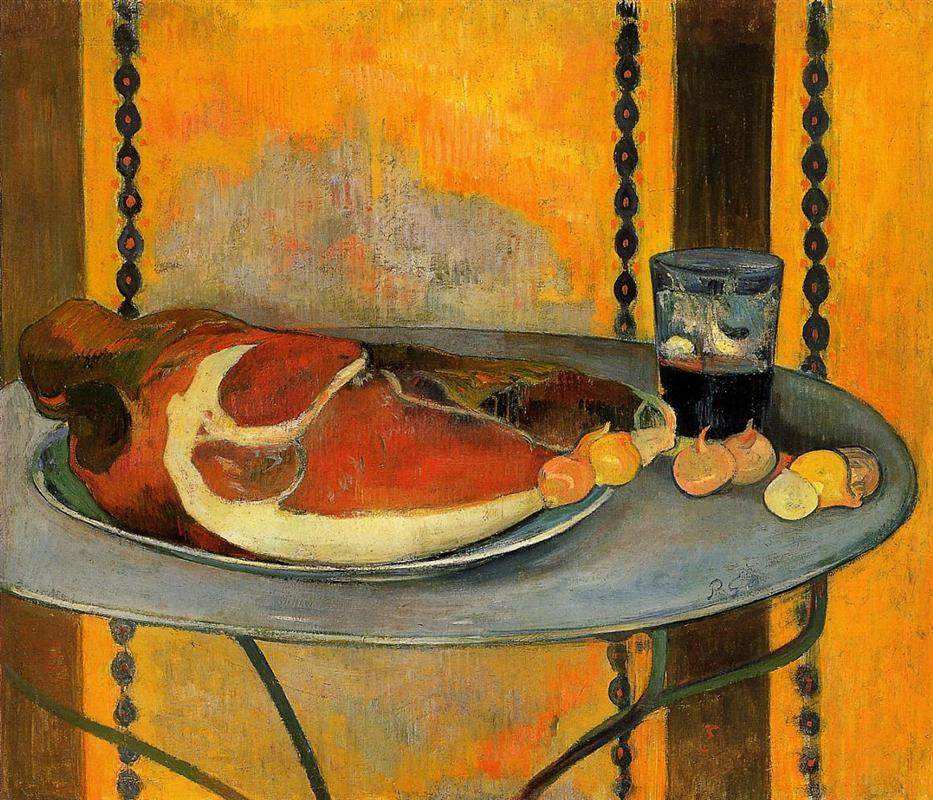 Finally, indulge yourself with Still Life–Brass and Glass by American Impressionist William Merritt Chase (1849-1916), where the preparations for a stew are overshadowed by the glistening utensils of an immaculate kitchen.  Polished and shined to perfection, the bottle, pan, and teapot prove that the art of cooking is not only confined to food.

The resources for this blog include The Art of Food by Claire Clifton, The Wellfleet Press, 1988, Secaucus, New Jersey.

Be creative in your home and everyday life with Through an Artist’s Eyes: Learning to Live Creatively.

AVAILABLE VIA AMAZON & PAY PAL—A GIFT FOR THE HOLIDAYS