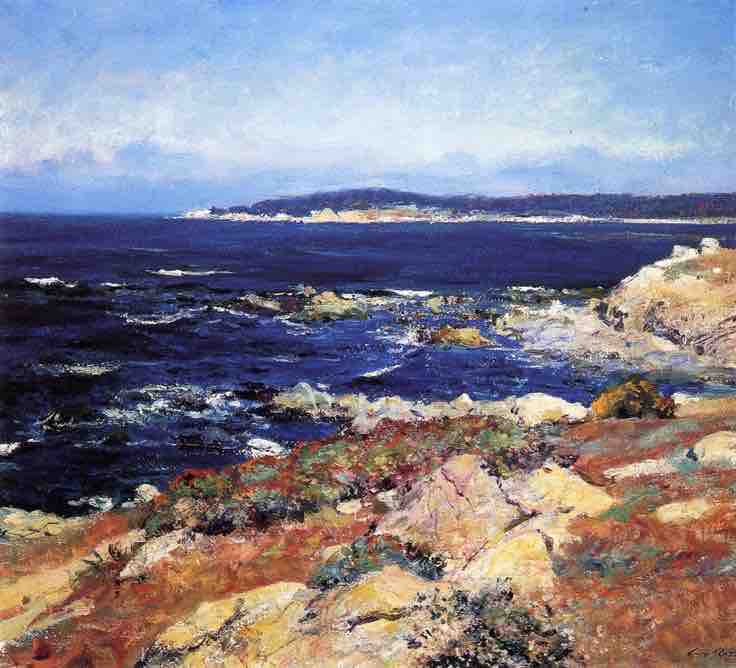 Those who live by the sea can hardly form a single thought of which the sea would not be part.

Californian Guy Rose (1867-1952) was an American Impressionist, creating striking landscapes of both the French countryside (near Monet’s home at Giverny) and in his native state.  Leading 20th century Austrian and Jewish writer Hermann Broch (1886-1951) was forced to flee his country after Germany’s annexation in 1938, settling in the United States.

*From Memorable Quotations: Jewish Writers of the Past

American Impressionist, art appreciation, the art of the sea